Police departments are rooted in slavery and white supremacy, which disproportionately impact black communities. Studies have shown that black communities are killed by police at a higher rate than whites. Some cities have started taking action, with the San Francisco Mayor announcing efforts to divest from the police department and invest in the black community. Although some may believe investing in the police department would increase safety, officers are not equipped to address issues like mental health and homelessness, some of the root causes of incarceration. When officers are relied on to respond to situations they are not trained to, it puts local communities more at risk. Therefore, we should invest in more sustainable alternatives like through better education, healthcare, and housing.

Investing In Police Departments – Does It Work?

There has been research that found less crime with an increase in officers because fewer crimes were committed with more police presence. However, a higher police presence does not address social issues like a lack of affordable housing, a living wage, and mental health. Instead, there is a greater reliance on officers to address social issues like homelessness and mental illness, which they are not trained to do. Rather than keeping communities safe, heavily relying on officers actually puts communities more at risk. Police are not trained to be social workers, but to arrest and use weapons to do so. According to the National Center for Biotechnology Information, 22% of police-related deaths from 2009 to 2012 were mental health-related. If mental health workers responded to these situations rather than officers, those victims could have received proper treatment and care instead. It is time to redefine crime and how we look at it. Rather than policing and punishing, we should look at investing in social programs that address these root causes that may lead to crime.

Investing In Our Communities

We have normalized our reliance on the police to address social issues, and failed to consider better alternatives. Rather than sending officers to deal with misbehaving youth, we should invest in counselors, nurses, and mental health workers. Instead of arresting and sending people with mental illness and drug addiction to prisons, there should be more funding for social workers and treatment. The government needs to acknowledge its failure in providing basic needs to everyone, and not target communities in poverty. Rather than increase funding for the police department, we should consider divesting from it and directing funds to improve the quality of education, increase affordable housing, and provide a living wage. The Council of Economic Advisors found that “a 10 percent increase in wages for non-college-educated men results in approximately a 10 to 20 percent reduction in crime rates.” It is time for more community-oriented solutions.

Divesting from police will not occur in one day, but we need to start investing in programs that will help and work with local communities, not to punish them. I think there can still be a unit that responds to violent crimes, but we need to start addressing crime in a different manner. San Francisco is starting its efforts in redirecting funds to local communities, and we should follow their lead.

Disclaimer: The views and opinions expressed in this article are those of the author and/or student and do not necessarily reflect the official policy or position of United 4 Social Change Inc., its board members, or officers.
Tags:community policingInvestmentpolicesafety

'I Can't Breathe': Why Floyd Protests Should Come As No Shock To Lawmakers 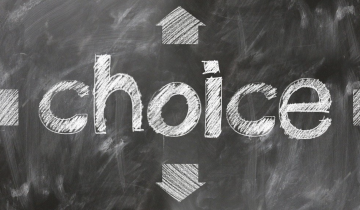