The Trump administration is set to administer a rule that takes away healthcare protections for transgender individuals, which allows for discriminatory practices within the healthcare field. Act 1557 of Health and Human Services Policy was put in place to protect anyone in healthcare, regardless of their sexual orientation or gender identity, making healthcare an equitable human right; however, what the Trump administration has proposed reverses that. They are altering that act, and going back to the use of sex as biological sex only in preventing discriminatory practices. However, gender and sex have two very different definitions. In the amended Act 1557, Trump prohibits discriminatory healthcare practices based only on biological sexual orientation to maintain rights of healthcare workers and to define sex. However, this amendment change does not validate transgender individuals whose gender identity does not match their sex given at birth.

A very basic definition of sex is the biology of how you were born, either a male or female. Gender is our identity that can be based upon the social and cultural roles in society. For the most part, one’s sex lines up with their identity; they were born a male or female and identify themselves as a male or female. However, a person can be born a male and identify themselves as a female or vice versa. In that case, their sex and gender are different. These individuals can identify themselves as transgender and/or non binary. In some cases, trans individuals will undergo surgery to have their anatomy match with how they identify. In essence, they are changing their sex, and that is why having a definition of sex based only on their biological beginnings can create an issue and confusion, especially when it comes to paperwork in healthcare. Healthcare for these individuals is already a debate because there are some people who do not agree and do not understand these individuals whose identity does not match their sex.

The Decade of Equity in Healthcare

In 2010, section 1557 was added to the Affordable Care Act, building on a federal civil rights law in Health and Human Services. This section was added on to prohibit discrimination based on a patient’s sexual or gender identity as well as any race, nationality, age, or disability. Essentially, this act makes it a rule that anyone is allowed access to healthcare. This section was added in accordance with the Obama Administration, which declared any legal and legislative act prohibiting discrimination against sex also applies to gender. Basically, this scraps any concrete identifying definition for sex and gender and allows people to just be themselves and protects them in healthcare and education, among others. It also ensures that transgender people cannot be denied treatment from any health care setting regardless of the practitioner’s personal beliefs.

An amendment to Act 1557 proposed by the Trump Administration is set to take place in mid August of 2020. This amendment looks to prohibit discriminatory behavior only against males and females in what they were born as. As there has been some confusion about the what the wording of “sex” in Act 1557 means, the Trump administration is going back to the simple definition of the biology of it. However, the amended wording in this act is taking away the protections of any trans individual since their gender identity is no longer being protected.

Supporters of this rule argue that the amended wording provides clarity to what sex means, and allows doctors the right to refuse treatment if their moral or religious beliefs do not align with the patients. Others think that health care should just focus on biology and sex, and not ideology, which is gender identity reaches into. The amendment can also save money now that health care practices are not having to print notices and documents about protections of trans individuals.

However, this amendment comes with several ramifications. There is no longer the guarantee that trans individuals will receive equitable healthcare. They can be refused service. Healthcare services can also cost them more money if it is a transition related service. It also creates a fear of being turned away for being themselves, making them reluctant to seek out healthcare in the first place. The fear in the middle of the pandemic can also be dangerous, as transgender individuals can get turned away from coronavirus testing, essential for trying to beat the pandemic.

More than just the physical ramifications of this amendment, one’s sense of identity can also be harmed through the amendment change. The amendment is also just the latest in the rollback of protections for transgender rights. The lack of protections for trans individuals or anyone with a gender identity that is not simply male or female and the statement of sex as merely something biological can invalidate their place in society. They are being removed from access to human rights, thus essentially being told they don’t matter, they’re not an equal part of society. Even more so, these actions by the Trump Administration can erase the word transgender from existence. Not having protections based on gender identity can have these individuals question themselves and hide themselves from the world, even more than they already do. Hiding oneself can have detrimental effects on one’s mental health. These individuals have to constantly monitor themselves with what they say in an effort not to reveal their identity, which can be exhausting and depleting. Hiding also results in individuals  living in fear about potential hate crimes that are carried out against people who identify themselves as such. These rulings, this fear, it calls their identity into question.

A potential solution to the crisis of lack of transgender protections in healthcare is to change the word “sex” in Act 1557 to “gender.” That way, any confusion about what the meaning of “sex” is dissipated, along with the debate of what is gender versus sex. It also opens the door to acceptance of any gender identity. A federal law could also be passed, ensuring that all healthcare practitioners have to practice the same care to trans individuals that any other patient, regardless of their moral or religious beliefs. The distinct differences between sex and gender should also be made clear on any source or dictionary that attempts to define them. Instead of the word “transgender” hardly being used and being hidden from existence, it should be used more and made a part of everyday language to bring awareness and respect for this collection of individuals. The more “transgender” is used, and the more protections for trans individuals are put in place, the more knowledge and hopefully respect will come, and they will start being validated and treated more like individuals, rather than just the label. This will also erase that fear that transgender people have within themselves.

Thus, when only prohibiting discrimination against one’s biological sex, it leaves an entire population vulnerable to being refused healthcare treatment and physical attack. By not having these protections in place, it invalidates their place in society, as now trans individuals are having to hide who they really are, and question themselves just for access for basic human rights. It can make these individuals scared to seek out healthcare, which is especially problematic during a pandemic, and for a population that needs that treatment, as trans individuals are often subject to poorer health status (mental and physical) and health threats.

Disclaimer: The views and opinions expressed in this article are those of the author and/or student and do not necessarily reflect the official policy or position of United 4 Social Change Inc., its board members, or officers.
Tags:healthcareidentitytransgender rights 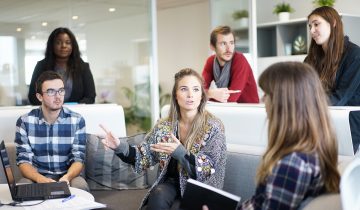