On June 15, 2020, the United States Supreme Court came to a ruling over the Bostock v. Clayton County case. In a 6-3 split, the Supreme Court approved that Title VII of the Civil Rights Act of 1964 will now prohibit employee discrimination of sexual orientation or gender identity. The wording of this act originally prohibited discrimination of “an employee’s race, color, religion, sex, or national origin.” The case came to fruition when Gerald Bostock, a juvenile court system employee in Clayton County, Georgia was fired after discussing in his workplace a LGBTQ-inclusive softball league he was a part of. After numerous appeals, the case reached the Supreme Court in October of 2019.

In order to accomplish this, the Senate should utilize the Equality Act, passed by the House of Representatives in May of 2019, to create further nondiscrimination laws that protect the LGBTQ community in all workplaces, without allowing religious practices to play a role. It can be argued that the Fairness For All Act, proposed in December 2019, does just this, but rather, this act limits the religious-practicing freedoms possessed by religious organizations. Instead, eradicating discrimination on the basis of religious freedom in workplaces should be the next step for the U.S. Senate.

How The Supreme Court Ruling Was Beneficial

In many ways, this ruling is a step in the right direction. Under this ruling, discrimination on the basis of sex includes discrimination on the basis of sexual orientation and gender identity. This decision allows the LGBTQ community to move towards a state of equality, as employers can face legal consequences for firing an employee due to the aforementioned reasons. In addition, 25 states offer no protection for employees discriminated against due to sexual orientation or gender identity, so this federal ruling can serve as a catalyst for these states to take the same step forward.

Although this ruling is beneficial overall, the scope of prohibiting all discrimination on these bases is a brave endeavor. Bostock v. Clayton County may have clarified the meaning behind sex discrimination, but it did not cover how discrimination is to be handled in religious organizations that do not align with the LGBTQ community. There exist problems outside the realm of this case that have still yet to be discussed in the Supreme Court, and could lead to further discrimination of the LGBTQ community using religion as a reason.

This does not come as a surprise, as one of the basic freedoms under the First Amendment is the right to religious freedom and expression. There exists a certain debate about whether the freedom of religion outweighs the freedom of personal expression in our nation, and vice versa. Title VII gives religious organizations a sort of privilege, as they are the only workplaces under the Civil Rights Act that can defend discrimination.

What Are Our Options?

The debate of where a legal line is drawn to protect LGBTQ individuals in religious workplaces is something that has existed long before the case of Bostock v. Clayton County. The Equality Act, which was passed by the House of Representatives in May 2019, theoretically solved the current problem: it prohibited all discrimination regarding age, sex, race, sexual orientation, and gender expression. This act would legally define that discrimination of any kind is not a religious right, therefore protecting the LGBTQ in workplaces where religious beliefs may play a role. However, this bill has still not been passed by the Senate, meaning religious organizations can still justify their discrimination under Title VII.

The favorable option moving forward would be for the Equality Act to be fully passed through legislation. If this occurs, further laws could be made to amend Title VII and make all workplace discrimination illegal, even if a workplace may be religiously affiliated. Bostock v. Clayton County allowed the Judicial Branch to recognize discrimination that exists due to these bases, but the fight for LGBTQ rights is not over until members of the community can be protected in all workplaces.

Moving forward from the case of Bostock v. Clayton County, it is necessary to recognize the momentum that comes with this historic ruling. This progression towards LGBTQ equality in the workplace is something that must persist as acts are brought to Congress and more steps are made in the right direction. Finding a legal distinction that is pleasing to all takes advocacy and the voices of those who have been discriminated against. Long-lasting social change is the result of continued momentum, and this ruling has provided a clear step in the battle of LGBTQ rights.

Disclaimer: The views and opinions expressed in this article are those of the author and/or student and do not necessarily reflect the official policy or position of United 4 Social Change Inc., its board members, or officers.
Tags:Discriminationlgbtq rightsSupreme Court 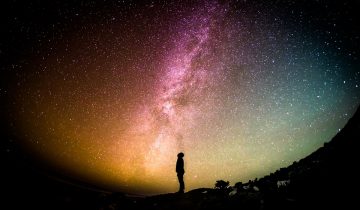