His name was George Floyd. Her name was Breonna Taylor. They were two black lives who died at the hands of police officers exercising an abuse of power. He did not deserve to die, and neither did she. Had Derek Chauvin not kneeled on Floyd’s neck as he cried for his mom and begged the officer to get off of him – George Floyd would still be alive. Had Breonna Taylor’s home not been entered through a no-knock search warrant while she was asleep – she’d still be alive. Their deaths were caused by racist and brutal police officers who shocked the nation to its core. As a result, protests have erupted in all fifty states and throughout the world in order to show support for the Black Lives Matters movement, and to fight against police brutality. People are sick of police violence – and frankly, so am I.

Police brutality is a social issue that stems from the United States’ long history of racism towards people of color, especially those of the black community. Too many black lives have been taken by the police, not only this year, but for countless previous years. A study found that Black men are 2.5 times more likely than white men to be killed by police, and two times more likely to be unarmed when fatally shot compared to white people. The murder of those such as George Floyd and Breonna Taylor could have been prevented. When looking at police officers through a psychological lens, it becomes clear that police officers may gain a power complex, which can be seen through the Stanford Prison Experiment and the Milgram experiments. Through psychological training and understanding of these experiments and power complex, and implementing modified versions of the Trier social stress test, these murders could be avoided or lessened.

Psychological impact of the police uniform

Police should be taught that not only do they have a psychological effect on the public, they also have a psychological change in themselves as police officers. Recent events of police brutality targeted toward people of color have sparked tremendous anger and protests. In response, the police officers are using militarized uniforms that appear extremely aggressive to the public. The psychological impact of wearing bulletproof vests and gas masks makes police appear as if they are the enemy of the public – instead of protectors. According to criminal justice scholars, the uniforms are created to project symbolic power. However, these same uniforms affect the police officers as well. According to Robert Mauro, a psychology professor at the University of Oregon, when the face and body are covered, the wearer is more likely to behave violently. When compared to police uniforms that show the officer’s name and have their faces uncovered, they tend to act less violently. The military-style outfit leads to deindividuation, which severs your connection with morals and the impacts of your actions, according to Mauro. Police officers should reconsider using these uniforms at gatherings explicitly protesting the violence and brutality of these very officers, as it portrays a more aggressive image. If this is changed, the police will seem more approachable, and protesters would feel a little more comfortable, as opposed to attacked.

Police officers are in positions of authority, and as a result, many develop a power complex and begin to abuse the power given to them. The controversial Stanford Prison Experiment clearly depicts the abuse of power that quickly begins when people are put in a position of authority, such as a prison guard – even for just a simulation. The Stanford Prison Experiment (SPE) was a study where volunteers were assigned the role of a “prison guard” or a “prisoner” in a simulated prison, by the flip of a coin. The experiment was supposed to last two weeks and was to examine the psychological effects becoming a prisoner or prison guard has on a person. The study was focused on the “power of roles, rules, symbol, group identity, and situational validation of behavior that generally would repulse ordinary individuals”. What was supposed to be a simple experiment – turned out to be so much more.

By the second day of the experiment, “prisoners” began blockading their cell door with beds and refusing to follow the guards’ instructions. The guards became increasingly more violent and began attacking the prisoners with fire extinguishers when not supervised by research staff. In addition, prisoners were forced to repeat their assigned numbers and guards used physical punishment such as exercise, prevented prisoners from urinating in the bathroom, and wouldn’t let the prisoners empty the bucket full of defecate. The guards forced prisoners to be naked in order to degrade and embarrass them, and became increasingly more cruel. Due to the abuse of power from the “prison guards” and inhumane situations, the experiment only lasted six days instead of the planned two weeks. This experiment explicitly illustrates the abuse of power that people exhibit when placed in a position of power. Now imagine – this study only lasted 6 days and the role of prisoners or guards was assigned by the flip of a coin. Police brutality in reality has been present for centuries, with the role of police and victims already predetermined for us. If police officers were taught this information during training, and made aware of the psychological changes in themselves, they might be able to actively recognize their own power trips when occurring. Furthermore, police may take more precautions to avoid such power abuse.

How authority impacts the public

Not only are police officers psychologically impacted by being in a position of power, but the citizens and public are impacted by authority as well. Police should be taught about the impact they have on both themselves and others. As seen through the Stanford Prison Experiment, even though the “prisoners” knew they were picked at the flip of a coin, they began to behave and feel inferior to the guards. Another example of how individuals respond to authority can be through the Milgram experiments conducted by Yale University. The experiments essentially measured the willingness of participants to obey an authority figure who ordered them to administer electric shocks to another person they could not see. Although in reality no one was actually getting shocked, the participant was made to believe that someone was being hurt. These fake electric shocks gradually increased until they would have been fatal. The experiment resulted in a very high percentage of participants fully obeying the commands, even though reluctant. This experiment depicts the extent that individuals will listen to authority – even going against their own beliefs and sending a (would be) fatal electric shock to another human being. This being said, it is evident that the public strongly values the commands of those in positions of authority. Police are abusing their authority and using their power against the public. Rather than being trustworthy with their power, police are making it so that citizens are fearful of authority instead of respectful. If police officers were taught to understand the impact they have on citizens, they will be more inclined to alter their actions.

This needs to change NOW.

As clearly evident through both real life and experimental situations – power is easily abused. The murders of George Floyd and Breonna Taylor should never have happened, and they should still be alive today. I believe that police training should be longer, more selective, more difficult, and more holistic. According to CNN, the police academy is only approximately 840 hours, while barber school is approximately 1,500 hours. The fact that more time is being placed into learning how to style someone’s hair than learning how to protect and defend citizens is absurd. Police training should be lengthened with the addition of a psychological curriculum to educate and make candidates aware of the possible psychological effects this career path could have on both themselves and citizens. Additionally, a possible prerequisite of becoming a police officer could be to perform a stress test similar to the Trier social stress test (TSST). This test is a laboratory procedure used to induce stress in humans and monitor the biomarkers such as heart rate and salivary response. Although these studies encountered many problems such as variables and inconsistencies, something similar could be applied to test the psychological response of potential police officers before being placed in the field.

Though these ideas previously mentioned are just possibilities or suggestions – something needs to change. We need to make a difference in this world. No one else should be dying unjustly at the hands of police officers. Black men and women should be able to feel protected, not terrified that either themselves or their children won’t make it back home. Now is the time to make a difference. It is time for police brutality to end.

Disclaimer: The views and opinions expressed in this article are those of the author and/or student and do not necessarily reflect the official policy or position of United 4 Social Change Inc., its board members, or officers.
Tags:authoritypolice brutalityUnited States

A Recipe For Disaster: College Campuses Set To Reopen For The Fall Semester

The Necessity of Safe and Accessible Abortion Services 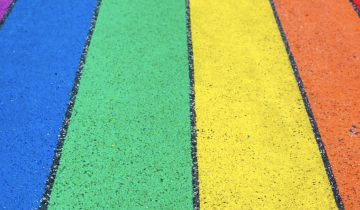