Today, the US is home to 5% of the world’s population and 25% of the world’s incarcerated population. This didn’t happen overnight but came as a consequence of the United States’ approach to crime. Preceding the American Revolution, there was no formal method of criminal justice in the colonies. But soon after England’s 19th-century criminal justice reforms, America began using prisons as a way of disciplining criminals instead of rehabilitating them. Rehabilitation should always be the goals of the criminal justice system, and that is often achieved through restorative justice: amending damage done to the victims of a crime. Restorative justice generally involves meetings between victims and offenders, focusing on forgiveness and atonement. Unfortunately, as the US continued to “perfect” their prisons by denying prisoners the right to speak and implementing solitary confinement, restorative justice was nowhere in sight. This model was exported and used by other nations, but it soon turned into further disarray as mass-incarceration overtook the nation. The American criminal justice system normalized prison as a form of reparation and as a consequence, restorative justice was disregarded, harming victims, criminals, and society in the process.

Current criminal procedures in the US achieve reparation for victims by locking criminals up in prison, but two-thirds of victims favor rehabilitation over punishment. However, the criminal justice system continues to incarcerate criminals, ignoring the victims’ wishes. Furthermore, the majority of survivors reported receiving no help from the criminal justice system, despite the crucial role police and prosecutors play in supporting survivors. This system forces reparations that victims often have no desire for, neglecting to implement victim-helping procedures. Restorative justice, on the other hand, focuses on forgiveness and has shown to help victims move on. Ultimately, survivors seek closure and that peace of mind is most often achieved through an apology from the perpetrator. If the criminal justice system is truly after justice, victims’ voices must be recognized.

Incarceration Does Not Rehabilitate

Criminals, those who must reckon with the “cruel, inhuman, and degrading conditions” of the American prison, are often the most harmed in this system. Once released, offenders are expected to act civilly in a world that has been anything but civil to them. Incarceration, though, clearly fails at reducing recidivism rates: 67% of released prisoners are rearrested within 3 years. In contrast, there is a significantly lower recidivism rate for offenders that engaged in restorative justice. This is because restorative justice forces offenders to take responsibility for their actions while also letting them see the perspective of victims. Lowering recidivism rates and rehabilitating prisoners need to be priorities for the criminal justice system. The best way to achieve those goals is by using restorative justice to help offenders to move on as well. Without change, offenders will continue to return to crime and the justice system will continue to fail.

A Burden to Society

Communities have become yet another casualty of the American criminal justice system, as studies reveal that the US invests more than $182 billion each year on criminals. The economic toll continues as offenders are released, refused work, and forced back behind bars– a story that repeats itself time and time again. Criminals become ostracized from society when there’s no effort to restore fractured relationships. Regaining trust in one’s community and in those who have committed past crimes is an essential aspect of any criminal justice system, and must be facilitated within the United States.

What Needs to Happen

Today, more Americans than ever are calling for reform, and rightfully so. This reform should come through restorative justice policies: meetings between offenders and victims as well as support to offenders as they reenter society. Each individual can take action, and they have to if reform is to be achieved. Making local efforts may feel insignificant, but if enough demands are met in cities and states, those demands will soon spark change on a nation-wide level. Americans need to educate themselves, and others, about the issues with their justice system. Otherwise, the criminal justice system is destined to only further harm offenders, survivors, and communities. Past abuses cannot and should not be forgotten, but relationships can be restored through forgiveness.

Disclaimer: The views and opinions expressed in this article are those of the author and/or student and do not necessarily reflect the official policy or position of United 4 Social Change Inc., its board members, or officers.
Tags:criminal justice systemIncarcerationreformative justiceUnited States

We Need A Green New Deal Now More Than Ever

A Recipe For Disaster: College Campuses Set To Reopen For The Fall Semester 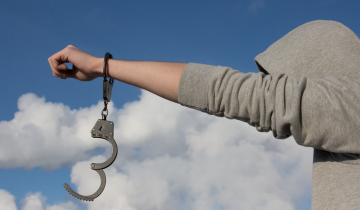