This year has been nothing short of an overwhelming and disturbing year, which brought forth many significant issues for the world to work through, including but not limited to: the Coronavirus pandemic, the Australian wildfires, tensions between the U.S. and Iran, the death of George Floyd and its subsequent BLM protests. All of this to say, this year was all-consuming; however, it is significant to look towards issues that have consistently received little to no attention from the media and the international community. The Yemen war is the most prominent example of that. Having started in 2015, The Yemeni people have been a part of war due to a conflict between Saudi-led coalitions and Iranian-backed Houthi rebels resulting in more than 4 million displaced people, 100,000 deaths, and millions suffering from starvation. Mainstream media and world leaders have failed to recognize and go against the continuous human rights violations going on in Yemen and have turned their backs on people that are most in need. Therefore, as the crisis in Yemen has continued to escalate, causing one of the world’s worst humanitarian crises and famine, we must collectively use our privilege by actively holding our leaders and media outlets accountable for their lack of support and actions towards helping the Yemeni people.

What Is Happening In Yemen

The Yemeni war began in 2015, where Houthi rebels backed by Iran took over Yemen’s capital, Sana’a, with demands including “lower fuel prices and a new government.” As negotiations failed, the rebels took over and forced the president and his government to resign, resulting in Gulf countries to form a coalition in order to fight against the rebels. This was done through military actions and isolation made to damage the economy. While a brief ‘political council’ was formed in 2016, it was quickly broken in 2017. Foreign intervention between the two parties has worsened the situation, and the war has harmed the Yemeni civilians. The UN reports that “the civilian casualty toll has exceeded 15,000 killed or injured. Twenty-two million Yemenis remain in need of assistance, eight million are at risk of famine, and a cholera outbreak has affected over one million people.” All of which have passed by without meaningful recognition and uproar from the international community. The country is also struggling with airstrikes by the U.S. government, arguing them to be counter-terrorism operations against Al-Qaeda. The Yemeni people have been struggling with a severe famine that is a direct result of economic isolation. As Yemen imports around 90% of its food, the U.S. and Saudi naval blockade, attacks on Yemeni fishermen, and their airstrikes have destroyed the livelihood of the Yemeni people, leaving them with the worst famine in 100 years, according to the UN. Major governments have been the cause of this struggle, yet they have not been held accountable.

A Lack Of Media Attention

This war has struggled with a significant lack of media coverage and attention. More specifically, Western news outlets have refused and failed to provide proper coverage of the Yemeni conflict and provided their audiences with misleading information. This is done to protect the image of many world leaders. Firstly, it is important to note that the damage Saudi has caused would not have been possible if it weren’t for the support of the U.S., as well as the UK and France. Saudi attacks have continuously violated human rights, bombing everything from a funeral to a school bus. Western mainstream media outlets have failed to report these atrocities or provided less than accurate information about these attacks. Yemen has therefore been labeled the “forgotten war.” This is apprehensible, and these outlets should be criticized for their lack of authenticity and credibility by those whose voices can be heard. Additionally, while foreign reporters struggle with gaining the approval of both sides in order to be able to report on the conflict, local journalists struggle with smear campaigns that attempt to paint them as U.S. spies. Reporting of the conflict is made almost impossible, except when media outlets attempt to support a larger political goal. Nonetheless, world leaders are to blame for these atrocities.

Countless powerful leaders with the power to interfere and support the Yemeni people have consistently turned their backs on them. This is especially true in the case of the U.S., which has consistently chosen military power over human lives, allocating a budget of over $700 billion of which continue ruthless attacks of Yemeni civilians. The truth is that support for Yemen comes mainly from donations and NGOs and UN projects, which are now struggling as a result of a lack of funding. It is critical that resources are provided for these organizations to continue their operation during this crisis. This disaster is manmade and while some countries such as the UK have donated to the operation in Yemen, they have also consistently backed the Saudi coalition and supplied them with arms that supported this conflict. These struggles are preventable and world leaders must be held accountable by us. International leaders should not act as an organization that can only provide aid when they have the power to in fact prevent these conflicts and halt them. As those with privileged lives that allow us to push for change in our communities, conflicts such as the one in Yemen are our responsibility. While world leaders may have turned their backs on the most vulnerable, we must emphasize the value of human lives.

We must use our privilege to push our governments to do better. We must call on them to both support the Yemeni people, and condemn and fight against the Irani, Saudi, and American military involvement and violation of human rights. In one way to do so, I encourage you to sign some of the many petitions that exist condemning the governments involved in the Yemeni conflict. Additionally, and although it should not be the only way to support Yemen, please consider donating to support the Yemeni civilians being terrorized and affected by this conflict if you are able to. It is about time we stopped thinking of human life as collateral damage and work together to protect it by holding our communities and leaders accountable.

Disclaimer: The views and opinions expressed in this article are those of the author and/or student and do not necessarily reflect the official policy or position of United 4 Social Change Inc., its board members, or officers.
Tags:media coverageworld peaceYemen

Mental Health Education in K-12 Schooling is an Essential Service 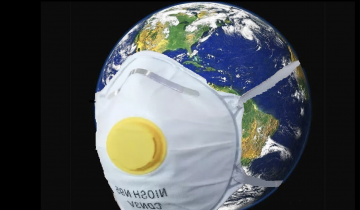