In June 2020, the Supreme Court of the United States ruled on important issues such as LGBTQ+ discrimination in the workplace, the status of the Deferred Action for Childhood Arrivals (DACA) program, and a Louisiana abortion law. Although the Supreme Court has a conservative majority, these divisive cases were successes for progressives. Specifically, the Louisiana abortion law was significant because it helped delay efforts to overturn Roe v. Wade and Chief Justice John Roberts, who dissented when a similar case was brought to the Supreme Court in 2016, joined liberal justices to strike down this law. Now only months before the presidential election, these progressive decisions may also impact the candidates’ campaigns as they recognize the impact the Supreme Court has on American law.

The striking down of the Louisiana abortion law signals that the Supreme Court will be a 2020 campaign issue for both candidates. Although there are claims that the liberal justices will not retire while Trump is in office, these recent cases highlight the influence of the Supreme Court, and, with potential openings in the next few years, how the president’s nominations can have significant impact on the makeup, and thus the decisions, of the Supreme Court.

At the end of June 2020, the Supreme Court voted 5-4 to block a Louisiana abortion law that would have closed numerous abortion clinics throughout the state. This case, June Medical Services, LLC v. Russo, was almost identical to a law the Supreme Court struck down from Texas in 2016, Whole Woman’s Health v. Hellerstedt. The law under consideration in 2020, known as Louisiana Act 620, was passed in Louisiana in 2014 and required abortion providers to have admitting privileges to hospitals within 30 miles of their clinic. Active admitting privileges included being a “good standing” member of the hospital, “with the ability to admit a patient and provide diagnostic and surgical services”. The sponsor of this law, State Senator Katrina Jackson, claimed this law was not intended to overturn Roe v. Wade, but was meant to protect women’s health and provide safe choices. Despite claims of protecting health, medical associations wrote in an amicus brief that abortions are safe and usually do not require hospital admission, and that care between clinics and hospitals involves communication and emergency protocols, not admitting privileges. Additionally, abortion-rights advocates claimed that active admitting privileges are a “TRAP” law, or a targeted restriction on abortion providers designed to close clinics rather than protect women’s health.

The Supreme Court decided the law was unconstitutional because it provided a “substantial obstacle” to women seeking to obtain an abortion, it offered no health-related benefits to women, and it imposed an “undue burden” on a woman’s choice to have an abortion. This case was a success for abortion-rights advocates, but it was also significant because Chief Justice Roberts, a conservative, sided with the liberal bloc to strike down this law.

Implications Of The Case

While the battle between pro-choice and pro-life is far from over in the United States, this case reinforces a woman’s right to an abortion. It allows clinics in Louisiana to remain open, which helps women in the state maintain their right to choose an abortion. Temporarily, this case helps set back attempts to overturn Roe v. Wade.

Besides helping to provide women in Louisiana the right to an abortion, this case could help with future abortion cases because it emphasizes the importance of precedent. Chief Justice Roberts changed his vote for this 2020 case because he based his opinion on stare decisis, a doctrine which states that courts should stand by their precedents. Roberts claims following this doctrine, “promotes the evenhanded, predictable, and consistent development of legal principles, fosters reliance on judicial principles, and contributes to the actual and perceived integrity of the judicial process” (NPR). However, Justice Thomas claimed that abortion precedents are wrong and should be overturned. While the threat of overturning Roe v. Wade remains a possibility, emphasizing precedent that maintains a woman’s right to an abortion is a success for abortion-rights activists in the ongoing struggle between pro-choice and pro-life.

This case highlights the Supreme Court’s influence over divisive issues because these progressive rulings were decided despite the Republican president and Senate. The Supreme Court is part of the judicial branch, and this case reinforces that though the courts are not a legislative body, they have significant influence over laws that directly impact American lives.

This Louisiana abortion case, along with the rulings on LGBTQ+ rights and DACA, was decided in June, only months before the presidential election. These progressive rulings, despite the 5-4 Republican majority on the Supreme Court through Trump’s appointment of Brett Kavanaugh and Neil Gorsuch, have emphasized that the Supreme Court will be a campaign issue in 2020.

The Supreme Court could change in the next four years as two liberal justices, Ruth Bader Ginsburg and Stephen Breyer, are in their 80s. Although there are claims it is unlikely that any of the liberal justices would retire while Trump remains in office, the future is unpredictable. Additionally, two conservative justices, Clarence Thomas and Samuel Alito, are both in their 70s. Though there are no definite claims that any justices will retire in the next four years, the potential for change remains. With aging justices and the possibility of retirement, the president could potentially nominate one or more new justices to the Supreme Court during the next term. If Trump were reelected, and the Senate remains Republican, he could advance the conservative majority. Trump claims the Supreme Court needs “new justices” and that he plans on releasing a list of nominees before the election. In response to Trump’s vow of choosing conservative justices, progressive leaders are also attempting to make the Supreme Court an important issue for Democrat voters. They hope that by mobilizing voters, those voters will realize the impact of a conservative majority and how that may affect progressive goals. They also hope to emphasize how the makeup of the Supreme Court can influence life in America for decades.

The recent decisions on the Louisiana abortion case, LGBTQ+ rights, and DACA were successes for progressives. Despite these advances, these issues remain a source of division in the American public and politics. And now, with the potential for the makeup of the Supreme Court to change during the next president’s term, who is on the Supreme Court is a campaign and voter issue as well. Like the candidates, Americans must recognize the influence the Supreme Court has in advancing conservative or liberal goals. Americans should educate themselves on the power of the judicial branch and realize that who they vote for in November could impact the makeup of the Supreme Court, and thus, the laws that affect American lives.

Disclaimer: The views and opinions expressed in this article are those of the author and/or student and do not necessarily reflect the official policy or position of United 4 Social Change Inc., its board members, or officers.
Tags:2020 electionabortion lawcampaign issueSupreme Court 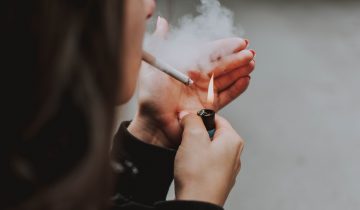