Introduction: The Unreasonable Events Of March 13

On March 13, 2020, the Louisville Metro Police Department conducted a drug search on Breonna Taylor’s apartment, where she lived with her boyfriend, Kenneth Walker. The police officers had a no-knock warrant, and came into the apartment unidentified around midnight. Walker and Taylor were alarmed, and thought they were being robbed by intruders. In self-defense, Walker fired one shot, to which the officers responded with many more. Taylor was shot at least eight times, and died because of the bullet wounds. (New York Times) Taylor was a model citizen who had no justification to die at this time, as she worked as an emergency medical technician at two hospitals in the middle of a pandemic. She had plans to work in the healthcare industry, and was only 26 years old when she died.

Not only were Breonna Taylor’s rights violated by officers John Mattingly, Brett Hankison, and Myles Cosgrove, who killed her, but the 3 officers involved are yet to face any charges; achieving justice for Taylor is a necessary step for improving the unity of America.

It has been over four months since the shooting, and it has been covered up by the ongoing pandemic. However, the Black Lives Matter movement has brought attention to the case, and is actively looking to achieve justice. So far, only Brett Hankison has been fired. This is only one small step in achieving justice for Taylor. All three of the officers should be fired, charged, convicted, and imprisoned. Taylor’s family also suffered a great loss of a family member, so the LMPD should pay the family in damages at the very minimum. Kentucky Governor Andy Beshear should be actively working on the case as well, trying to raise awareness and make effective changes to the police department. No-knock warrants should also be banned, as they are a risk of more events such as Taylor’s death; police officers should also always announce themselves before conducting a raid or breaking into a suspect’s residence. All these changes are encapsulated by this petition, signed by nearly 10 million already.

The awareness brought to Taylor’s case has been a product of the Black Lives Matter movement, which is an ideal example of social change. Every person has an impact, and there are many resources which can get anybody involved. Those involved in the case can be emailed or called, specifically Louisville Mayor Fischer at [email protected] and 502-574-2003, Attorney General Daniel Cameron at [email protected] and 502-696-5300, and Attorney Thomas Wine at [email protected] and 502-595-2300. Emails and calls can be made about the situations of the three officers involved in Taylor’s death, banning no-knock warrants, repaying Taylor’s family, and more. A website dedicated to Taylor has many links which lead to a petition with more demands, as well as direct links to contacting Louisville government officials.

Effective Use Of Social Media

Many people on different social media platforms have posted in order to raise awareness about cases similar to Breonna Taylor’s, such as the death of George Floyd and the death of Elijah McClain. Social media platforms being used include Instagram, TikTok, Facebook, YouTube, Twitter, and more. These apps reach out to large audiences, and educate people of all ages. Hashtags are also trending on different platforms, examples including “#justiceforbreonnataylor” and “#sayhername”. Many accounts have been made specifically to raise awareness about issues dealt with by the Black Lives Matter Movement. Additionally, many professional athletes have stepped up to raise awareness to Taylor’s death. An example is NFL wide receiver Kenny Stills of the Houston Texans, who was protesting in Louisville when he was arrested temporarily for intimidating a participant in a legal process. Many people who are considered “influencers” on social media due to their high amount of supporters have created videos pretending to tell a story about something important related to pop culture, then proceeding to spread a message which encourages achieving justice for Breonna Taylor.

Conclusion: Overlooking Is Not An Option

Taylor’s death should not go unnoticed, and justice should be served. Her killers cannot live freely, and they need to face the consequences of their actions. There are many resources which can be used to directly help Taylor get justice, from signing petitions to donating to her family. Taylor’s case, as well as the Black Lives Matter movement, has unified Americans. Getting justice for Taylor is a necessary step in improving American society as a whole. Justice should be served to all, and nobody should be entitled to getting away with murder. America should be a safe space for all races and cultures, and no one race should be discriminated against. The unity of the United States is a key contributor to its power, and getting justice for Taylor can only make it stronger.

Disclaimer: The views and opinions expressed in this article are those of the author and/or student and do not necessarily reflect the official policy or position of United 4 Social Change Inc., its board members, or officers.
Tags:BLMBreonna Taylorjustice

Can We Still Love Harry Potter while Recognizing Its Author's Transphobia? 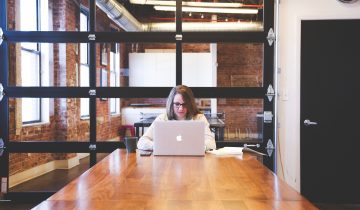