The Problem With The Solution: Many Americans Still Refuse To Wear Masks

It’s been over four months since the COVID-19 outbreak began in the United States. The country practically shut down, forcing most of its residents to shut down with it. However, instead of seeing the benefits of all the sacrifices they made during the spring months of 2020, Americans are seeing a completely different story this summer, and a very disheartening one at that. Some states, such as Florida and Arizona, have been the global epicenters for the virus this summer, and the country as a whole has set multiple single day case records in July. Now, why didn’t the lockdown work the way many hoped it would? The answer to that question is layered, but one of the big causes of the rise in cases since the country’s reopening is the refusal of many Americans to wear masks in public, per the CDC’s strong recommendation. During the current global pandemic, health experts have made it clear that the least anyone can do is wear a mask to ensure the safety of others, but despite these guidelines, wearing a mask has become a strongly controversial issue in the United States. If Americans want to prevent the deaths of more people and finally flatten the COVID-19 curve, the mindset concerning masks needs to change.

Despite all of the articles and evidence that’s been flooding the media these past few months, some people are still confused as to why wearing a mask is so important. For one, masks have been repeatedly endorsed as effective in reducing virus spread by the CDC and other health professionals. The coronavirus has been found to spread via respiratory particles expelled in sneezes, coughs, and even when talking or breathing heavily. The CDC has provided evidence that wearing a mask prevents a sick individual from spreading the virus because the mask stops these particles from entering into their air and infecting a nearby individual. In fact, the health organization has done various studies that emphasize the critical importance of wearing a mask, especially when one is indoors in public.

In a Missouri hair salon, one hair stylist was infected with COVID-19. She developed some minor symptoms, but she was unaware of her infection and continued to come to work for eight days. Her coworker also became infected with the virus a few days later, and her symptoms were also very minor. As a result, she continued to see clients for four days, unaware that she had contracted COVID-19. Now, it would appear that this hair salon was set up for a disaster, as hair stylists come in direct contact with clients (i.e. it is practically impossible to social distance). However, this was not the case. The salon had been requiring their workers and clients to wear face coverings, and over 98% of the people in the building at any time adhered to these guidelines. And when a large portion of the customers who had been in the salon while either or both infected stylists were working were interviewed, none reported developing symptoms. In addition, 48% of these customers volunteered to be tested, and not one of their tests came back positive. This study provided strong evidence for the necessity of masks in the nation’s attempt to flatten the COVID-19 curve.

A Breakdown Of Nationwide Mask-Wearing

Unfortunately, not all businesses, cities, and states have the same mask requirements as this Missouri salon. In fact, some areas of the country have seen much higher numbers than others when it comes to the likelihood that any given individual will be wearing a mask. Regionally, the Northeast and the West have the highest rate of masked people, while one is least likely to find masked individuals in the Southeast and the Midwest. However, there are also some significant differences just between neighboring states and even between bordering cities and/or towns. For example, Georgia is one of the states with lower mask use, as the governor recently banned mask requirements in the state. However, the city of Albany is nonetheless full of masked residents, as this city experienced a serious outbreak early in the pandemic. As a result, citizens are much more aware and afraid of the crisis, and they recognize the importance of wearing a mask to protect the health of themselves and others.

The Politicization Of Masks

While it is positive that the citizens of Albany learned the seriousness of this virus as a result of their dire situation a few months ago, it should not take a deadly outbreak for a city or state’s leaders and citizens to understand the danger of COVID-19 and the importance of wearing a mask to slow its spread. Yet, many people and many leaders, even inside of epicenters, have still yet to acknowledge the serious threat posed by the coronavirus. Consequently, they can’t be bothered to wear a mask. In fact, they feel that being forced to do so is a violation of their freedoms. Many have taken to streets in protest, holding signs with ignorant and mocking expressions, such as “my body, my choice”, referring to mask-wearing. Thus, the practice of enforcing face coverings, a safety precaution intended to prevent the deaths of more Americans, has become a political debate in the United States.

The politicization of masks and face coverings has had a detrimental impact on the nation’s ability to flatten the COVID-19 curve and will continue to do so if nothing changes. By publicly denouncing the importance of masks, as well as often refusing to wear them himself, President Trump has turned many of his supporters and fellow Republicans against face coverings. In fact, a survey by the New York Times found that “Republicans [were] substantially less likely to say they wear masks often or always and much more likely to say they never wear a face covering.” What’s more, a research team with members from Syracuse University discovered that one’s political party was the best predictor of whether or not someone wore a mask out of all those they studied. This is dangerous because it indicates that large quantities of people are choosing to forgo this important safety measure simply because their party’s philosophy doesn’t align with it. They are disregarding the supporting scientific evidence, as well as the health of their friends and neighbors, because it seems the president and his loyal Republican supporters don’t believe in masks.

The Importance Of Universality

Why is it dangerous that the ideology of an entire political party is against mask requirements? It’s dangerous because the Republicans make up a large sum of American citizens, and mask-wearing is only effective if whole communities buy in and participate. Experts have discovered that masks are most likely to inhibit the spread of the virus from one person to another if both are wearing masks. Therefore, the more people that wear masks and believe that doing so is important, the more people that are protected and the less likely the virus is to spread rapidly. For example, the success of the hair salon in Missouri with two infected workers in keeping the virus from spreading to their clients has been largely attributed to the fact that such a high percentage of people in the building were wearing face coverings.

If the United States is going to finally gain control of this pandemic, flatten the curve, and return to normalcy in a safe manner, the mindset that many citizens have about masks must be changed. However, while shaming anti-maskers for their ignorance and refusal to protect those around them may seem like the easy and preferable solution, there is strong evidence that this does not work. In fact, it may even induce anger, which will only further enforce their stance against masks. If they are shamed or yelled at, it is much more likely that they will become defensive and unreceptive to constructive criticism. According to The Atlantic, in order to convince more people that they should wear masks in public, one must summon compassion for others’ position against masks (i.e. they are uncomfortable, ugly, etc.), empathize with them, and then educate them kindly. People are more likely to respond positively to a suggestion when they feel understood and supported by the person suggesting it. Therefore, we must be empathetic before we criticize. As hard as it may be, successfully convincing larger numbers of the population to wear masks in public is no less than a matter of life vs. death for many Americans.

Disclaimer: The views and opinions expressed in this article are those of the author and/or student and do not necessarily reflect the official policy or position of United 4 Social Change Inc., its board members, or officers.
Tags:COVID-19maskspoliticized masksUnited States 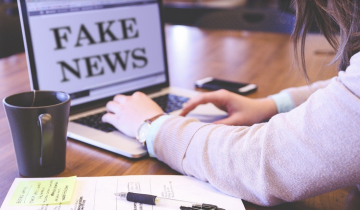