After the recent death of Representative John Lewis, members of Congress feel that now is a perfect time to address the unfairness of voting. Until recently, the Voting Rights Act of 1965 (VRA) had protected voters—especially those from marginalized communities—by banning literacy tests, requiring permission from the federal government before changing voting laws, and expanding the protection of the right to vote based on race nationwide, among other things. However, in 2013, the Supreme Court ruled that several parts of that Act were unconstitutional, opening the door for counties to pass whatever regulatory voting laws they wished. This has resulted in many Americans—especially those that are Black—longer being able to vote when they once could. Some Congress members do not see these occurrences and therefore do not support efforts to pass the new Voting Rights Advancement Act (VRAA), which would, once again, require that counties obtain permission from the federal government before altering voting laws. Even though many Republicans, such as Mitch McConnell, claim that Black voters no longer face obstacles when voting, this could not be more untrue. Legislation should be passed to protect the voting rights of at-risk groups and show that voting is important in a democracy, to provide Americans with an accessible voting process, and to honor Representative Lewis.

Americans make their voices heard through the ballots they cast. Not allowing all citizens to vote strips away a vital part of the American government: representation. If not everyone has a say in who represents them, how is that democratic?

Many instances and components of the U.S. government reflect the importance of voting. For example, in the 2000 presidential election, the votes between George W. Bush and Al Gore were so close that a recount happened in Florida. Bush won by a mere 537 votes. This does not happen often, but it goes to show that every single vote does matter. In addition, some systems allow voters to have a say, although it might not seem like it. In “winner-take-all” systems, the popular vote determines electoral results, so whichever candidate gets the most popular votes receives all the electoral votes for that state. On the surface, it might look like electoral delegates make the decision, but it really comes down to how the people in the state voted. Also, votes matter even more in local elections. Since so few people vote, the ballots that are cast have more leverage and more potential to make a change. Depriving Americans of their right to vote contradicts democracy. When a government is based on representation, everything should be done to ensure that its citizens can vote. For this reason, efforts must be made to pass legislation that protects the voting rights of all, especially those more at risk.

As mentioned, the Supreme Court ruled that parts of the VRA were unconstitutional in 2013, and this was in a case called Shelby County v. Holder. In the decision, Chief Justice Roberts stated that the Act was based on outdated data, and for that reason, could not continue to be enforced. This ruling has since led to the elimination of the need for preclearance—approval from the Department of Justice or the U.S. District Court for D.C. before making any changes that could affect voting rights—which had helped stunt the passage of discriminatory voting laws. Now, counties can do what they wish without the federal government’s approval. The Court declared that Congress was to come up with new criteria to replace the preclearance, but this has yet to happen. As can be imagined, by no longer needing the federal government’s approval, many counties passed laws that discouraged or disenfranchised voters, especially those of color. This cannot continue to happen. Those members of Congress that have not yet gotten on board with the VRAA need to do so soon. Americans cannot go on without a clear voting process. With so many important elections coming up, this legislation needs to be passed now.

Representative John Lewis dedicated his life to fighting for voting rights until the day he died. The least that Congress could do is honor him by passing legislation protecting voting rights. He was, and still is, one of the most respected members of the House and always advocated to bring attention to the struggles that voters of color endure. On top of this, efforts are being made to try and rename Edmund Pettus Bridge after him. At 25 years old, Lewis was severely beaten for championing voting rights while on this bridge, and marched across it every year after that to commemorate that day. Anyone can sign the petition and try to turn this effort into a reality. However, only Congress can work towards passing the VRAA. It should be passed with the intention of helping thousands of Americans regain one of their rights, but it can, and also should, be done to honor Representative Lewis.

Obstacles Are Not Old News

Even if Republican Congressmembers brush off the obstacles that voters of color face, this does not invalidate them. These voters have to deal with many barriers when casting their ballots that white voters simply do not. To begin, a 2016 study found that 1/13 of Black Americans are disenfranchised because of a felony conviction, compared to only 1/56 of their non-Black counterparts. Considering that Black Americans are disproportionately convicted for crimes, by disenfranchising felons, this leaves the Black population with less representation than other racial groups. Next, a 2017 study found that in states with more rigid voter ID laws, the turnout gaps between Black and white voters and Latinx and white voters were significantly larger. Since Shelby County v. Holden, many states have passed voter ID laws, but because voters of color are less likely to have a government-issued ID, this ends up affecting them more. Finally, a 2020 study found that voters of color wait longer in line to vote than white voters. Black voters on average wait 45 minutes longer and Latinx voters on average wait 46 minutes longer. People take time out of their day to vote, so if it takes even longer than expected, they will be discouraged. Clearly, barriers to voting are not gone. If not acted upon soon, the problem will become exacerbated, so the VRAA needs to be passed. Congress must acknowledge that injustices do occur and pass legislation to fix them.

Voting is an important aspect of the U.S. and the country cannot be considered a democracy if not everyone has a say in who represents them. Urge the Senate to follow the House’s lead in passing the Voting Rights Advancement Act. Americans cannot vote for the legislation itself, but they can push their Congress members to support their interests. Contrary to what Republicans and especially the Senate (with a Republican majority) claim, voter suppression still occurs. The VRA might have been based on data from the 20th century, but this does not mean there is not data from this century displaying similar conclusions. New data needs to be presented to Congress if that is what it will take for skeptics to pass the VRAA. At-risk voters must be protected because voting is essential to the American government and society. Pass the VRAA and show that both voting rights and Representative Lewis matter.

Disclaimer: The views and opinions expressed in this article are those of the author and/or student and do not necessarily reflect the official policy or position of United 4 Social Change Inc., its board members, or officers.
Tags:BallotJohn LewisShelby County v. HolderVoting Rights

The Malala Yousafzai Scholarship Act: Why It Should Become Law

The Insurrection Act Is Mortally Flawed, But The CIVIL Act Can Fix It 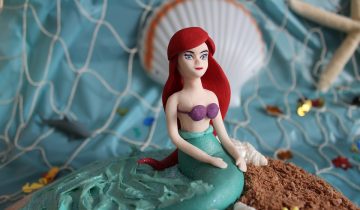