If You Are Unhappy With America, Joe Biden Is Just Good Enough

As the 2020 presidential election draws near, more and more issues are brought forth as significantly consequential by the November 3rd votes. Research shows that some of the most important issues being addressed this election include healthcare, national security, immigration, and race relations. Another significant item is the two Supreme Court seats which are up for grabs in the next presidential term. Although people like rapper Kanye West, who announced his candidacy earlier last week, seem to believe running the most powerful and influential country in the world is a joke, there is so much on the line in November. Who of the current candidates has the ability, experience, and willingness to handle issues at the heart of the American divide? It sure is not Donald Trump. Joe Biden, a former Delaware senator, and the former vice president during the Obama presidency may not have been many people’s first choice, but his rhetoric, policies, and experiences may be enough to not only win him the presidency but also to support progressive change in the country for those disappointed Bernie supporters. While the United States is vastly divided on almost every issue, Joe Biden might be the candidate that can bring the country together through his economic policies, willingness to engage far-left progressives and his huge appeal with almost all voter demographics.

As Trump’s approval rate continues to decline, reaching as low as 39% in some polls and averaging around 40.2%, Joe Biden’s economic plan could be a shifting point for many skeptical Trump supporters. Earlier in July, Biden announced his new economic plan that centers around rebuilding the economy post the Coronavirus pandemic. His plan is marketed around “immediate relief for families, small businesses, and communities struggling [and] around manufacturing and innovation.” It plans to allocate around $700 billion into research investment, supporting the goal to “Buy American.” In addition, it claims to create around 5 million new jobs and to rebuild the country after the effects of the pandemic. This rhetoric could boost Biden since Trump’s handling of the virus has been greatly criticized. One poll shows that around 64% distrust and disapprove of the president’s management of the virus. As the country tries to recover from the crisis, Biden’s rhetoric, strategy, and focus on working families could shift the votes to his advantage.

Biden was not the first choice for many of the Democratic Party’s more progressive leftists, who supported Bernie Sander’s agenda. He does not represent the change that they sought with this election. However, Biden’s ability to reconcile the major divide in American politics will not only help him get elected but also keep the dream for progressive change alive for the younger generation. If Trump were to win again, there could be at least one new Supreme Court justice who would most definitely be a Conservative, killing the progressive movement for the foreseeable future. Not only will supporting Biden possibly result in a more liberal Supreme Court, but he has also shown signs that he is willing to accommodate the progressive agenda. Not only are progressive policies much easier to pass under a Democratic presidency, but Biden’s outlined policies align much more closely with the progressive Left than the Right. There is a clear focus on advocating for environmental action and justice, ensuring accessible higher education, and fixing the abhorrent current immigration system. Yes, Biden is not the candidate that the younger generation asked for, but he will take at least small steps towards the change they are asking for.

Biden’s Pull With Many Voter Demographics

Nonetheless, Biden has proved his ability to speak to and pull in voters from many demographics, boosting his chances of winning. Since he was declared the Democratic nominee, polls have shown Biden leading over Trump with African American voters, Latinx and Hispanic voters, as well as women and young voters. He has also shown himself to be a threat to Trump’s most trusted voter demographic, white evangelicals.  This not only shows that Biden’s support is more accurately representative of the country but also supports his chances of winning in November. Biden has proven his electability, which reassures people after Hillary Clinton’s run in 2016. He is calming to people struggling with the problems caused by 3.5 years of Trump by promising a return to normalcy, at least. Unfortunately, for many progressives and leftists, that is not necessarily the ideal; however, in the current political and social climate fueled by Trump’s incompetence, “normal” is necessary and significant. Biden can be pushed to have more progressive ideas, while another 4 years of Trump would eliminate any hope of that.

It is true that Biden is severely flawed in many ways, including his recent comments to Black voters, as well as the unfortunate and disturbing sexual assault allegations against him. For those of us who have experienced sexual assault, I know that this upcoming election will be nothing short of a traumatic experience having to choose between the two accused candidates. Unfortunately, he remains the lesser of two evils in this race and he seems to be open to progressive change during his presidency, making him the more palatable option. When young and progressive voters approach this election, I invite them to think more about all the people that are directly influenced by this that do not have the luxury of taking their chances on a hard-to-reach political ideology. Minorities and working-class people need immediate change and while Biden is not perfect, he supports a better future for the country’s most vulnerable. As such, I invite everyone to spend time researching Biden’s agenda and to make sure that they are registered to vote. So much has happened in the last 4 years, and this upcoming election can change that and support the promise for a better tomorrow.

Disclaimer: The views and opinions expressed in this article are those of the author and/or student and do not necessarily reflect the official policy or position of United 4 Social Change Inc., its board members, or officers.
Tags:2020 electionJoe Bidenprogressive 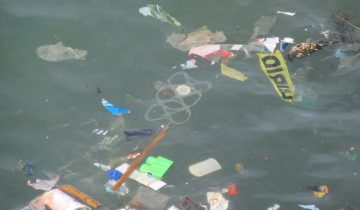