Social Media can be very difficult if a kid does not know how to handle the pressure, drama, and side effects of social media. Though there are many good aspects of social media, I think that when teens use social media they should be restricted because it can be very addictive and take over their life and can cause many mental health issues. Most teens have not found their true self yet, with the added pressure of social media, teens may not feel good about themselves causing them to make life changing decisions.

Teens become addicted to their phone constantly thinking about social media, this takes over their life giving them less time to focus on other important things. As it turns out, parents have reason to worry. Results of a 2016 Common Sense Media Report found that 50 percent of teens “feel addicted” to mobile devices, while 59 percent of parents surveyed believe that kids are addicted to their devices. Kids should be provided with some guidelines to help them prioritize their stuff and make sure social media is not eating up all their time. Teens have so much of their life ahead of them and social media should not be taking time away from things that are really important. Teens are so addicted to social media that they do not have enough time to do other things that are also important to them.

Teens start to question themselves and their appearance causing depression and other mental health problems and may even cause teens to have suicidal thoughts because they think that they aren’t good enough. In several recent studies, teenage and young adult users who spend the most time on Instagram, Facebook and other platforms were shown to have a substantially (from 13 to 66 percent) higher rate of reported depression than those who spent the least time. Kids should be protected from these thoughts because they are good enough they do matter, they should think that they are good just the way they are. Many teens feel depressed and that can lead to suicidal thoughts and causing them to hurt themselves and feel bad about themselves.

Social media should be restricted for teens and young adults. In a recent study, 92 percent of teens report going on their phone daily. Another study shows 24 percent say they are online almost constantly. That’s a lot of screen time. And it’s making us less happy. Teens have not found exactly who they are at this age and the added pressure of social media can make some detrimental effects on the way they feel about themselves. Many feel insecure which causes many bad thoughts and maybe make them change things about themselves.

Social Media can have many benefits for teens such as teaching them about current affairs. But, the negative effects outweigh the positives. Some 45 percent of teens say they feel overwhelmed by all the drama on social media. Kids do learn from social media, but it does cause a lot of pressure to look a certain way and to show them the best. But this puts the kids down and after sometime, the kids may just break under pressure. Many teens feel very overwhelmed and feel very pressured by social media.

Others think that people learn from social media and they think that teens will be more aware of the world. About 68% of teens responding to the study said that social media makes them feel like they have people that will support them during tough times. Social Media can educate teens about the current times and can help them be aware. This is one good aspect but there are many more bad aspects that can cause bad outcomes. Social Media causes things like depression and insecurity more common in teens, resulting in drastic changes in their mental health. Will you really be willing to risk your mental health for a few likes and follows?

Teenage Cell Phone Addiction: Are You Worried About Your Child? (Psycom)

Social media is feeding your insecurities (The Forest Scout)

Majority of Teenagers Think Social Media is Good For Them (Fortune) 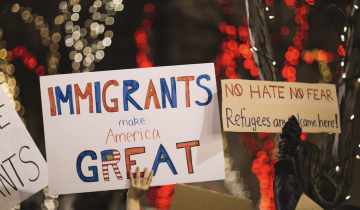