Girls should be able to play the same sports as boys because they should have equal rights as boys. Whenever the sports such as: baseball, hockey, football, and rugby are played you really only see boys playing those sports. Girls are physically and mentally able to learn those sports, but yet they don’t let girls play in any major or minor league. Especially for football, lots of coaches and parents think it’s too violent, but there are some girls out there that like to play those kinds of sports. Also girls rugby is starting to grow and it is estimated that even by 2026 (5 years away) there will still only be 40% of rugby players to be women.

Girls’ learning abilities are actually very good and they have been taken away for a long time. Just because they are different genders and because men are “stronger and smarter” doesn’t mean that they are better. In fact Girls vs Boys states that “Girls are proven that they focus more on school and study harder than boys because of their learning system. Girls’ learning systems are faster and they care more about what they are working on. Boys tend to goof off and want to fool around and have fun instead of studying.” That proves that girls are definitely able to learn the sports that boys play. Lots of girls are strong as well, and for most sports are athletic, they don’t have to be perfect to be on a boys team. That doesn’t matter. Girls can definitely learn and play the sports that boys play.

We can help girls by convincing school administrators and other big sports players to let girls in the famous sports teams that are only played by boys. Also we can create posters and websites and essays on why girls should be able to play with boys. If you look at current and popular movies, all of the ones with football have a whole boys team and just girls as cheerleaders. We have to correct that mistake and could even make a movie from the girls’ point of view. This is an important topic and we can’t just let it slip away, we have to fight for our rights and what us, girls should be able to do.

Although some people believe that girls should be able to play the sports that boys play, others are still nonbelievers and think that they shouldn’t change old ways. The Wildcat Voice says, “… Boys play more competitively, meaning the game will be more physical. And that can mean injuries. Janelle Greer of the Express Times states, ‘I firmly believe that males and females should not be competing on the same athletic teams. Plain and simple, females are the weaker vessels of the two sexes. It’s not degrading. It’s not an insult. It’s a fact of life.’ These people think that girls are not strong enough and that girls don’t play competitively but girls love it. Girls Rights says, “Girls are just as competitive as boys, some girls love to compete and it means the world to them. Do not let a stereotype like girls have to be neat and perfect get in the way of what they want.”

Girls should be able to play the same sports as boys. No matter how strong or how much tougher boys are it doesn’t mean that girls can’t be the same way. If girls were to play the sports that boys play such as football, their body will learn to toughen up. Girls should have the same rights as boys for they are the same type of species.

Should Boys and Girls Play on the Same Sports Team? (Prezi)

Should boys and girls play in sports together? (Burnsville Family Physicians)

Say No to Every Day Plastics

Why We Should Abolish For-Profit Prisons 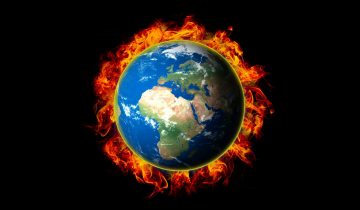