You are flying through the air toward your next delicious feast, a big beautiful flower. You imagine how wonderful the rich nectar will taste on your tongue. Your yellow and black body lands on one of the petals, but something doesn’t feel right. Your body starts to sway and you need to lay down. Within moments, you are dead. This happens to hundreds of bees per hive every day. There is one major culprit, pesticides.

When you think of pesticides you probably imagine a spray or powder that magically keeps those pesky bugs out of your garden. But did you know that a small bit of chemicals is not only harmful to bees and other pollinators, it also hurts the environment and you?

Imagine a world where most everything was dead. A majority of the plants, animals, fungi, and yes, even Jeremy, your third-grade class hamster. This could be our world in a few years if we don’t help the bees. The bee pollinates so many of the plants we eat everyday, such as watermelon, apples, and broccoli. Blueberries and cherries are 90% dependent on the honey bee. In fact, almonds rely entirely on bees. This might not sound like a huge problem to you, considering that the sky’s not going to fall if you have to take out the almonds in your morning oatmeal. However, it’s not just the plants mentioned above, over 100 important crops are pollinated by bees. You might be wondering why other pollinators like butterflies, bats, and birds can’t just do the work if bees go extinct? The problem with that is bees do 80% of the pollination of cultivated crops. That means the other 199,000 pollinators do only 20%. In other words, no butterfly could replace bees. What I’m trying to say here is that the world as we know it would not survive without bees. How can we help them? Well, let me give you two facts, bee populations have dropped by 29% – 30% each year since 2009 and 1 billion pounds of pesticides are used each year in the U.S. (5.6 billion pounds are used worldwide). What do those have to do with each other? Well, scientists say that one of the main factors of bee deaths is pesticides. One study, the first to look at how multiple pesticides affect bees, found that the number of different pesticides in a hive closely relates to the number of deaths, no matter how large the dose. Therefore, the use of pesticides has the consequence of harming the insect we most need to protect, bees.

Did you know that when extra pesticides are blown or dumped into the Mississippi River they just add to the 6,952 square foot “dead zone” in the Gulf of Mexico? Did you know that a “dead zone” even existed? Well, to put it simply, there is a huge blob of pesticides in the Gulf because farmers, wind, and the government dump dangerous pesticides into rivers and oceans. In theory, this is good for land animals (unless they drink from the gulf) but to fish and other aquatic creatures this can mean sickness or death. Pesticides are also changing the lives of land animals. A new study found that exposing male frogs to pesticides actually causes them to change gender, becoming females who are able to mate and reproduce. Talk about awkward. This means, pesticides can change the way ecosystems and animals interact, having a huge impact on the environment because these changes aren’t naturally occurring.

Have you ever walked by one of your neighbor’s gardens and seen a sign that said something like, “Pesticides in use, keep away”? Have you ever wondered why those signs are put up? Well, pesticides are dangerous to humans too. Now I’m not just talking about your little brother who goes around putting everything in his mouth. I’m talking about everyone.

Whenever my mom gets home from the supermarket, she will spend a super long time washing the vegetables and fruit. This gets some of the pesticides off, but the truth is no matter how long you wash, not all the chemicals will come out. This is a huge problem because they can make you really sick. Some of the illnesses caused by pesticides are stinging eyes, rashes, blisters, nausea, dizziness, diarrhea, cancers, birth defects, blindness and even death. In fact 18,000 farmers die from pesticides annually. This is why some of them take drastic measures to keep themselves safe. For example, after spraying some types of pesticides on their crops no one is allowed on the fields for five days. Other times pesticides get under the skin of a vegetable and have to be stored for six months so the pesticides can drain out. That’s half a year before the vegetables can go to your supermarket.

As I was researching this article, I found many sites supporting the idea that pesticides are needed to grow our crops. They said things like, “half of our crops would die” and “it would cause a food shortage”. The thing is, both of those potential conflicts would not be a problem if we used natural pesticides. They do the same job as normal pesticides except they don’t harm bees, the environment, or us. Earthbound Farms uses a type of natural pesticides. For every seven beds of lettuce planted there is one bed of flowers. These flowers attract a type of bug that eats the insect that has Earthbound’s lettuce for dinner. You can also make these bug-deterrents at home. Most use ingredients found in our everyday household, no more funky chemicals that nobody can pronounce! For example, a simple tomato leaf insecticide (pesticide for insects) uses only two ingredients, tomato leaves and water. (I have included sites with many of these recipes in the sources.) As you can see, pesticides don’t have to be harmful to life on earth, they can just be the plant bug spray you mix up in your kitchen.

When you look up pesticides on Google, the definition is simply this, “a substance used for destroying insects or other organisms harmful to cultivated plants or to animals.” There is no mention of how pesticides hurt bees, the environment, and us. This is problematic because people should know what using pesticides is doing to the earth. If this article has made an impact on your views, then please help me raise awareness so we can change the way food is grown in this country.

The Omnivore’s Dilemma: A Natural History of Four Meals, by Michael Pollan

10 Facts About Pesticides You Didn’t (Want to) Know (Biotage)

8 Natural & Homemade Insecticides: Save Your Garden Without Killing the Earth (Treehugger)

6 Homemade Herbicides: Kill the Weeds Without Killing the Earth (Treehugger)

Beekeeping in Arkansas (University of Arkansas) 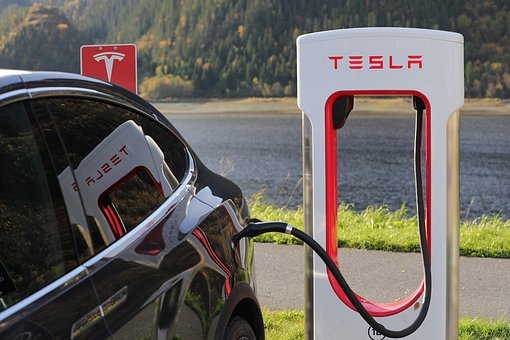 The Truth Behind Tesla