Artificial Intelligence (AI) is our future. You may think that this is great, but it is terrible! Did you know, if we promote Artificial Intelligence, 30 million workers would lose jobs? Although people think that artificial intelligence can help do things that humans can’t, artificial intelligence can be dangerous, people can lose jobs because of it, and humans can and should be able to do things on their own. Do we really need these anedroids when humans should and can do things on their own?

First AI can be dangerous, According to Built In, “If AI went bad, and 95 percent of humans were killed,”…. “then the remaining five percent would be extinguished soon after. So despite its uncertainty, it has certain features of very bad risks.” Artificial Intelligence can be very bad because of the risk. AI is extremely dangerous because it can even potentially kill humans. This means that if AI went bad then it would kill all humans. Furthermore, Stephen Hawking told an audience in Portugal, “AI’s impact could be cataclysmic unless its rapid development is strictly and ethically controlled.” This means that AI can be very unwelcome. Stephen Hawking is telling us that AI needs to have strict care and needs to be monitored. If something goes wrong this can be even more dangerous than just creating them itself. Making AI is a huge risk and there are so many things that could go wrong. There could be the extinction of humans through AI’s overtake or even if the AI anedroids turn bad. We can even ruin the world. Before we start promoting AI, people should think about all the dangerous possibilities.

Second, because of AI people can lose jobs. Since AI can do the impossible, they would be able to do all the jobs better. This is a problem because when AI takes over all the jobs, that just means for example factory workers will not have a job.  According to Forbes, “The number of jobs which AI and machines will displace in the future has been the subject of numerous studies and surveys and op-eds and policy papers since 2013, when a pair of Oxford academics, Carl Benedikt Frey and Michael Osborne, estimated that 47% of American jobs are at high risk of automation by the mid-2030s.” So many jobs are going to be lost! Do we really want that? Additionally, according to American Action Forum, “McKinsey organized its projections into early-, mid-, and late-adoption scenarios, and provided a range of how many jobs worldwide that will face automation. In the mid-point scenario, 400 million jobs worldwide will face automation by 2030, while 800 million jobs worldwide will face automation at the fastest rate. McKinsey suggested that the United States could lose between 16 million and 54 million jobs between 2016 and 2030.”

Third, humans can and should be able to do things on their own. Another article by Forbes says, “Consider the feelings of the other person.” What they mean by this is that Robots with artificial intelligence cannot consider the feelings of another person Robots can’t do everything, and making them is not going to help with anything. Some more examples of things that humans can do on their own, and if AI would be promoted, is understanding. Although anedroids would be able to have feelings, they would not understand the way people feel the way we do. If androids do come apart of our life, they would not know how to make someone feel better the way we do because they are not humans. They are machines. According to IoT For All , “The past isn’t an accurate predictor of the future.” Although we may think that we need AI now, we don’t. People know what to do and humans should be able to do all these things without AI.

Some people think that artificial intelligence can help do things that humans can’t. National Geographic says, “Machines can attend to vastly more information and more complex processes than human beings, and try out more drugs or vaccines than we can in the lab.” Anedroids are really smart and can do things that are impossible. If making them goes right this can be very beneficial to the world. However, this does not mean that AI should be promoted. If promoted, AI would be taking over the job of science and working at labs. Then that means that all those people that were working at those labs would not have a job.

Artificial Intelligence should not be promoted. It will not help our future. Promoting it is just taking a huge risk. Maybe, think about what could happen and see if we really do need AI because we don’t. With so many people in our community lets help make sure that we do not promote AI and risk human existence for convenience. 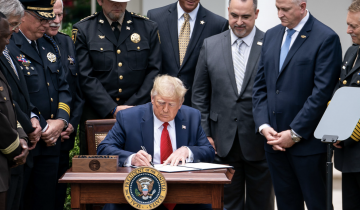