Despite what many people think, abortion is not murder, and it should be legal and free for any women who wishes to get one. It is a medical procedure like any other, and it is a woman’s choice.

There is a ton of evidence showing that fetuses cannot feel pain. There are multiple different reasons that women want to get abortions, and those reasons are all the woman’s, and sometimes her family’s choice. Babies aren’t fetuses. It is a woman’s body and choice.

The first thing that I want to talk about is how baby’s aren’t fetuses. Scientific evidence shows that fetuses are just clumps of cells. They cannot feel pain until they are at least 24 weeks old, and cannot survive on their own until they are at least 21 weeks. The movement that you see is merely reflexes. At this point in this fetus’ life, the fetus is equivalent to a rock, or a plastic spoon. Many people will also say that fetuses are alive because they have DNA. Dead people have DNA and they are definitely not alive. Babies and fetuses are just different.

The second thing that I want to talk about is how this should be a decision made between a woman and maybe her family and whoever she lives with and her doctor. Making rules about abortion isn’t as easy as a yes or no. For starters, there are many different reasons that a woman would want to have an abortion. Maybe it is because of a medical reason, a lot of babies die in the womb, and getting an abortion is a much safer way to get rid of them, especially if the woman already has kids who need her.

Another reason women would want an abortion is because they didn’t want to get pregnant. This is really no one’s business. Sometimes it will be an issue with money, that the family, or the woman who got pregnant cannot provide for a child. Sometimes it is just because they are not ready for a child. But this is a decision that is between whoever is pregnant, maybe her family, and her doctor. If we deny abortion then a lot of these kids will go up for adoption even though our foster care system is broken. Women should be allowed to get an abortion if they want. Abortion should also be free and easy to acess. This is a medical procedure like any other, and sometimes is even critical to a woman’s health. These procedures can cost about 1,100 dollars on average, but can sometimes even cost more. For women who work a lower income job this can be devastating. A child is not an easy thing to care for. No one should be forced into taking care of a child when they are ready. Children, especially babies, cost lots of money. They take up a lot of time and effort. If women cannot afford this procedure, they are going to be put in a horrible situation. Abortion should be free.

A lot of people say that abortion is murder. That it is a human being formed, and therefore is a life that was never lived. But this is simply not true, a lot of women who get abortions get these abortions because they had a dead fetus inside of them. A lot of babies die as well, and so there is no real chance that your child would live past one if you didn’t get an abortion. Like I mentioned earlier, until the fetuses are about 4 and a half months old, they cannot survive without their mother meaning they are just a piece of the mother’s body at that point. If you get an abortion nothing is really dying because they weren’t really there to begin with. Most women who don’t want to be pregnant get an abortion before four months, and most abortions after that are because of medical issues. Therefore, abortion is not murder.

In conclusion, abortion should be legal, free, and easy to access for all woman. It isn’t murder, or a sin. It is a basic human right. It should be a woman’s right to choose. It is no one’s choice but the woman’s. 95% of women after getting an abortion said that it was the right thing for them at the time. Fetuses are not babies. This is a medical procedure like any other. It is very few people’s concerns why a woman is getting an abortrion. Thank you.

Abortion Is Not Murder (Harper’s Bazaar)

Arguments in favour of abortion (BBC)

Women’s Reasons for Having an Abortion (The Guttmacher Institute)

The Right of Abortion (The Atlantic)

MARCHING ORDERS: KEEPING ABORTION SAFE, LEGAL, AND NOBODY ELSE’S BUSINESS BUT YOUR OWN (ACLU) 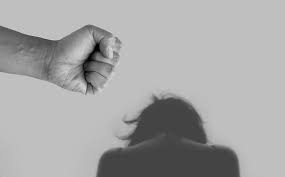