Things You Need To Know About CRISPR

CRISPR short for clustered regularly interspaced short palindromic repeat gene editing, and essentially allows us to edit genomes and alter DNA to modify gene function. The CRISPR timeline begins in 1993, when a researcher named Francisco Mojica characterised what is now known as a CRISPR locus. During his research, Mojica noticed that there were repeat sequences that shared a common set of features, now hallmarks of CRISPR sequences. Then, in May 2005, Alexander Bolotin of the French National Institute for Agricultural Research (INRA) discovered the Cas9 sequence that is essential to CRISPR technology. Since then, experimental demonstrations of the adaptive immunity of the Cas9 protein were examined, and CRISPR was tested on DNA targets. Then, in 2013, Feng Zhang of the Board Institute of MIT and Harvard was able “to successfully adapt CRISPR-Cas9 for genome editing in eukaryotic cells”. Recently, CRISPR gene-editing has been used on a squid for the first time, to “disable a pigmentation gene” in the squid eye. Simply put, CRISPR works by cutting out a piece of DNA from the DNA strand, and introducing a new piece into the strand, which in turn changes the outcomes of the DNA. Although some may believe that CRISPR is unethical because of designer babies, CRISPR is a tremendous innovation where the benefits, such as disease eradication and increased crop production, outweigh the negatives.

The most beneficial aspect of CRISPR is all the opportunities it generates to eradicate numerous diseases. One of the main applications CRISPR could be used for is cancer. In China, a treatment is being tested at the Hangzhou Cancer Hospital on a 53-year-old esophageal cancer patient. Both radiation and chemotherapy failed to stop the spread of his cancer, so he is trying this experimental treatment in which his own T cells were extracted and genetically altered using CRISPR, then reinfused. According to the U.S. National Library of Medicine, there are at least 8 other studies of CRISPR for cancer treatment in China. Other than cancer, another disease that CRISPR could help eradicate is Human Immunodeficiency Virus (HIV), which nearly 37 million people have. Before 2019, antiretroviral therapy (ART) was the treatment used to slow-down the disease. However, “researchers described a new form of ART which, in combination with CRISPR gene editing, eradicated the virus during testing on mice”. The researchers used CRISPR to “cut out the virus’ DNA from the genomes of infected mice”, which “eliminated all traces of HIV for more than 30 percent of the mice”. This is a huge advancement towards the eradication of HIV, and was made possible because of CRISPR technology.

If the possibility of eradicating cancer and HIV weren’t amazing enough, CRISPR may also help with Alzheimer’s. Alzheimer’s Disease is a progressive neurodegenerative disorder that affects memory, thinking, and behavior. This disease currently affects approximately 5.8 million Americans and is expected to triple by 2050. As the third leading cause of death, finding a cure for this would help save countless lives. According to a study published in Nature Neuroscience, “CRISPR-Cas9 gene editing has successfully been used to reduce pathology and behavioural impairments in mouse models of Alzheimer disease”. The improvements were maintained after 12 weeks, and they plan to test the same strategy in larger animals for long-term study. This is a huge discovery that could save a vast amount of people from the disease. In addition to these, CRISPR may help eradicate blood disorders, blindness, cystic fibrosis, muscular dystrophy, and Huntington’s disease. This advancement in technology could benefit so many people by preventing pain and suffering.

In addition to eradicating numerous diseases, CRISPR could help produce healthier agriculture and larger produce. For example, scientists from Cold Spring Harbor Laboratory used the technology to produce ripe tomatoes two weeks faster than normal commercial breeders. This results in higher yearly yield, and “applications can go far beyond the tomato family” to “include many major food crops like maize, soybean, and wheat that so much of the world depends upon”. Additionally, in China, CRISPR has been used to remove genes in livestock that “inhibit muscle and hair growth to grow larger stock for the country’s commercial meat and wool industries”. Furthermore, CRISPR could be used to “improve crop disease resistance and environmental stress tolerance in plants”. These methods will become essential as a food crisis looms. According to the New York Times, “the world has never faced a hunger emergency like this”, where “it could double the number of people facing acute hunger to 265 million by the end of this year”. In Kenya, people created a stampede during a giveaway of flour and cooking oil, in which many were left injured and two dead. In many impoverished places, people are starving, even more so due to the COVID-19 pandemic. There is a food shortage, and many are lacking nutrients. With the advancement of CRISPR technology, a higher yield and more food can be possible, and may save many lives from starvation.

How Ethical is CRISPR?

Many believe that CRISPR is unethical and should not be allowed. However, most people are thinking of designer babies when they say this. The idea is that a baby can be precisely designed by the parents and be a product of genetic alteration of the human genome, selected to have more advantageous or desirable traits. What someone defines as advantageous or desirable, is up to each parent. However, many believe that editing someone for appearance, such as lighter eyes or a taller structure, is unethical and should not be allowed. While I agree that genetically altering an embryo for aesthetic purposes is unethical and should be banned, genetically editing an embryo to not have any genetic diseases or disabilities should be absolutely encouraged. Having the chance to save someone from pain or sickness should not even be a question. The possible negatives of having someone edit their child for appearance is minute compared to the possible benefit of disease eradication. CRISPR should be in use and advancing, in order to continue to strive towards eradication of diseases, more produce, and many other benefits.

I do, however, believe that there should be regulation. There should be laws in place so that CRISPR cannot be used maliciously, or to alter someone’s appearance genetically. The laws should prevent someone from using the technology for vanity, instead of all other benefits. It should also be used to improve health or remove disease. Additionally, there should be price limit regulations put in place so that scientists can’t charge a ridiculous amount for a child to be disease–free. This allows for an even starting field, where no one has disease or disabilities.

CRISPR is the Path to the Future

As discussed in previous paragraphs – CRISPR has huge possibility and vast opportunity to benefit society. Through disease eradication, higher production of food, and other benefits, CRISPR is important and the path to the future. These numerous positive possibilities are much more impactful than the possible negative consequences of designer babies. Even then, there should be guidelines and restrictions placed on CRISPR. We need to support the advancement of this technology in order to advance humanity and save millions of lives. CRISPR is humanity’s future. Imagine a world without cancer, HIV, Alzheimer’s, and many other diseases. Imagine a world where there is enough food for everyone. This is a world made possible by CRISPR, and it should have our full support.

Disclaimer: The views and opinions expressed in this article are those of the author and/or student and do not necessarily reflect the official policy or position of United 4 Social Change Inc., its board members, or officers.
Tags:CRISPRdiseaseethicsgene editing 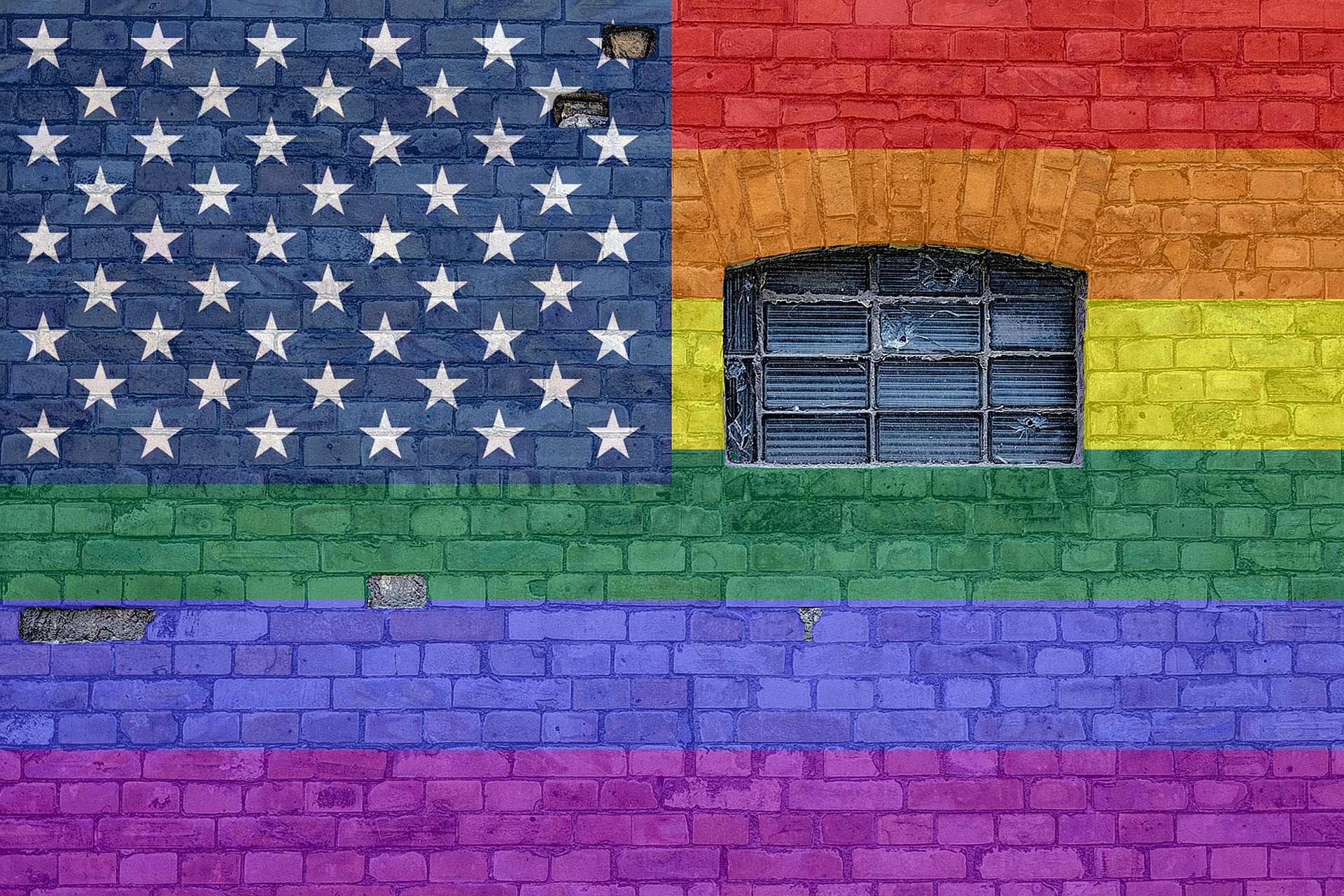 Putting A Round Peg In A Square Hole: The U.S Should Ban Conversion Therapy