Someone could say that dress codes help keep people focused in school, but dress codes feed into sexism because they signal to girls that their bodies are sexual, they target women, men have more freedom to wear what they want, and women can’t feel comfortable in their clothes.

To begin with, dress codes signal to girls that their bodies are sexual. “It tells her she’s not entitled to human decency and respect if her skin is showing, which is slut shaming, but also objectifying. It tells girls their bodies are more sexual than boys. She is the object, and he is the subject.” says an article from MTV, and since they imply that men have control over women’s bodies, dress codes are sexist.

Another reason dress codes are sexist because they target women. “Many people feel that some school dress code policies unfairly target women since most of the items that are banned are items that women would wear, like certain types of skirts and tops. Many also argue that school dress codes can be unfairly enforced based on body type, where more developed women or heavier women are punished more frequently compared to less developed or thinner women. Critics say that this sends the wrong message to young women about their bodies and contributes to the sexualization of young women.” said an article from KQED. Mostly, clothes that are designed for women are the ones targeted by the dress code, and that is why the dress code targets women it’s sexist

The third reason dress codes are sexist is because men have more freedom to wear what they want. “These regulations clearly apply to girls more-so than they do boys. Boys shorts are made longer, their tank tops have thicker straps, and they have no bra straps or cleavage to hide. Do we really think that this all is a coincidence? That dress codes just happen to be written in favor of all the clothes boys normally wear? Of course not. Dress codes are clearly written for girls. No one is monitoring the length of any guy’s cargo shorts, but someone is always watching for a dress that comes up a little too short.” says Emily Miller from Her Campus. Men can wear whatever they want, but women can’t, which is another reason why the dress code is sexist.

Another reason that dress codes are sexist is that women can’t wear what they are comfortable with, but men can. “Girls all over the Internet say they are not allowed to wear certain clothing because it would be a “distraction” to others, making young women feel self-conscious about themselves. They are tired of hearing the “boys will be boys” excuse” says an article by Odyssey, and since women can’t wear what they want because of that excuse, dress codes are sexist.

A counter-argument is that dress codes prevent distracting clothing. “If employees wear different styles of clothes – some will be wearing casuals, some formals, and others may wear blazers or suits. In such a scenario, those wearing colorful casuals may attract glances or cause a distraction to others. Moreover, customers who come to the office will also not feel any uniformity about the company’s operations. Clothing that reveals too much of cleavage, back, chest, arms, and legs is considered inappropriate and if a company follows a uniform, such issues can be taken care of.” says an article from SuccessStory, basically saying that dress codes can help with distractions, and therefore are needed.

This is why dress codes are sexist, they signal that girl’s bodies are sexual, they unfairly target women, men have more freedom to wear what they want, and women can’t always wear what they are comfortable with. Dress codes may prevent distracting clothing, but it’s not a women’s job to prevent men from being distracted. 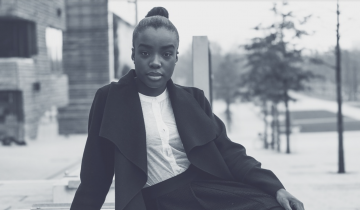