Though some people are ignorant of the ongoing struggle for racial equality, the BLM movement is the continuing fight for equality that people of color have always been fighting!

What are the BLM Protests?

The Black Lives Matter Protests are a series of protests that people are protesting in to fight for equality for Black people. It all starts in 1619. Black people were being sold here in America to be slaves. There were two types of slaves. House slaves and Field slaves. Field slaves were treated much differently than the house slaves. The field slaves had to tend, farm, and harvest cotton, sugar, tobacco, and rice  in the burning sun. If they did something wrong, they would get whipped. House slaves had to cook, clean, serve food, and care for the master’s children. In 1865, slavery was finally abolished in the United States of America but that’s not the end of our fighting. Black people and people of color were still being treated unfairly. The USA was being racially segregated. All over town were towns that said “WHITES ONLY” on the front of it and Black people and people of color got the low quality items. Segregation was finally abolished in 1964. Even in 2020 we are still fighting for equality.

What are we doing other than protesting?

Other than protesting, we are signing petitions and helping find justice for Black people killed because of racism.

Why are we protesting?

We are protesting because a lot of Black people are being killed by police because of the color of their skin. They are seen as a threat. Police brutality should not be happening today.

Some well known people like Ariana Grande, Madison Beer, Melanie Martinez, Cole Sprouse etc. are going to protest, posting on their social media, etc. to raise awareness to the movement.

How to contribute to the movement:

Some things you can do to contribute to the movement is to follow the movement on social media, sign petitions, and learn more about it and spread awareness. 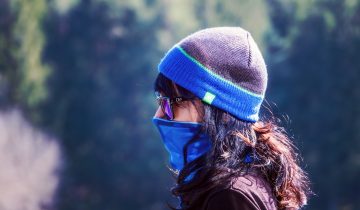