Have you ever thought about what life would be like on another planet? Many people think that the colonization of other planets is just something from sci-fi movies but, in reality, it may be something in the near future of the human race.

The slow demise of our planet is inevitable because of overpopulation, pollution, and climate change. Although Earth may be able to sustain life for the next 1.5 billion years, scientists believe that a nuclear holocaust, an asteroid collision, or any number of doomsday scenarios will most likely intervene. Unfortunately, the human race that remains on Earth will probably not be prepared for these circumstances. This is why a Mars colonization is needed to keep the human race from extinction.

Some may say that creating a Mars colony is impossible because of the many obstacles that the environment may include. Although the atmosphere is 100 times smaller than Earth’s, Mars is almost two times farther away from the sun at almost 130 million miles. Therefore, the threat of the harmful UV rays is decreased. The risk of hypothermia from the cold and bends from the low air pressure would also be lessons by the advanced technology that is in the spacesuits. Low gravity has always been an issue for long term, outer space travel because of the impact is has on muscles and organs without proper exercise and care, but the gravity on the ISS is far lower and the astronauts come back perfectly healthy.

Space-X, a private company owned by Elon Musk, has taken great steps toward human life on Mars and have already sent 14 satellites into orbit around the planet. It has also been calculated that a spacecraft that holds human colonizers, supplies, and enough fuel to get them back to Earth would take six months to travel to Mars. In fact, an unmanned spacecraft called the “Starship” will be sent to Mars in the year 2022 and if all goes well, Yukazu Maezawa, a Japanese billionaire, along with eight other artists, will be its first manned mission, although, only to our moon. Musk predicts that 2025 will be the earliest point where a Mars colony could take shape and by 2050, it will be a safe and comfortable travel to the planet.

Would you travel to Mars and be one of the first colonizers of the new planet? There have already been some application processes put in place. Each candidate must have characteristics like adaptability, curiosity, trustworthiness, and resourcefulness. They must also meet various physical requirements and go through rigorous isolation, technical, personal, and group training. The life of a mars colonizer would consist of construction of the main base, frequent exercise to maintain muscle mass, and some scientific labs and observations. After the first colonizers are settled groups of four would arrive every 26 months to expand the colony. This is what the future of the human race looks like.

How long will life survive on planet Earth? (BBC)

Mars & Beyond: The Road to Making Humanity Multiplanetary (SpaceX)

SpaceX: Here’s the Timeline for Getting to Mars and Starting a Colony (Inverse)

The Technology (Mars One)

Mars One Astronauts (Mars One)

Why School Should Be Changed 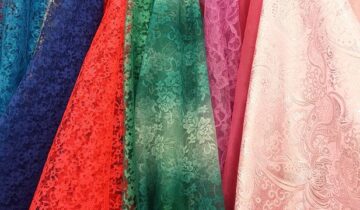