TikTok is a multifaceted social media app that has taken the US by storm in the past two years. People around the world can find funny and useful videos on the platform to share with their family and friends. Users have created subcultures on the app that constitute one main culture of TikTok that has a lot of sentimental importance to them. Especially in a time of limited social interaction, social media is heavily relied on by many people to stay connected with others. All these different avenues of connecting, spreading information, and entertaining others are being stripped away from users in a political tussle. Recently, the app has been in many headlines of controversy as governments become skeptical of the country that may have access to all users’ information: China.

International relations between China and the USA have never been amazing; especially with the Trump administration at the helm of the US, the relationship between the countries is rough. Trump publicly vocalized a possible ban of TikTok in the US, following allegations from many officials and himself of data funneling. Data funneling is basically the process of filtering specific data, mostly interaction history or search history in this case, for a usually advertising-related goal. Federal employees are already prohibited from having the application on their work or personal phones. This implies that much private information and data on a user’s TikTok account is stored in China or other Asian countries where the US has no control over it. In response to skepticism of the app’s data storage, Trump gives parent company ByteDance a chance to sell TikTok before September. Many other countries are skeptical, too, with India banning the app, and Turkey likely planning to ban it in October under a certain circumstance. Though ByteDance might not be willing to sell TikTok to the US, a US company buying TikTok is the best scenario for its name to survive globally because many countries are looking at the US’s next steps of action towards TikTok.

The US Has the Upper Hand

As a global power, the US has much influence on the rest of the world when they make executive decisions like banning a massively influential app. Also, the US is not the only country that is skeptical about TikTok’s ability to store users’ information. Like I said before, India has already banned the app, and countries like Australia, Japan, Turkey, Indonesia, Pakistan, and the whole European Union are added to the list of countries that have shown concern for the app. Many of the Asian countries worry about the lack of censorship on the platform. Turkey will ban apps that do not have a responsive local representative in Turkey to comply with court orders and censor posts deemed problematic by the government. Australia has close ties to the US because of Prime Minister Scott Morrison’s alliance with Trump; this likely influenced Morrison’s instruction to the country’s intelligence agencies and its Department of Home Affairs to inspect Tiktok’s security threat and its data and privacy policies. This alliance shows the sheer leverage the US has on another country, and that can be all it takes for a domino effect of countries to ban the app, too. This scenario is especially likely as many countries are on the verge of enforcing a ban or are very skeptical about the app.

So, is there any concrete evidence that TikTok is doing all the aforementioned accusations? The short answer is no. However, in a world where a company like Facebook is clearly selling users’ information, it would be naïve to assume that TikTok lacks similar capabilities. The platform’s influence was huge, as India (the country that has banned the app) had 190.6 million downloads and the US had 41 million in 2019 and 26.5 million active users in November 2019. Supposedly, there are around 100 million Americans who currently use the app according to TikTok themselves. Additionally, cybersecurity analysts at ProtonMail stated, “Beware. The social media giant not only collects troves of personal data on you, but also cooperates with the CCP (Chinese Communist Party).” So, TikTok clearly poses a major threat to the US if exfiltration and spying are occurring on this app.

The threat is dangerous in the US perspective because personal information of government workers in the hands of the CCP is petrifying (since any foreign country having this type of access can give them the power of information in any situation). Also, China’s economic prowess is catching up to the US’s especially because of the drastically harmful effects the COVID-19 pandemic had on the US economy. If TikTok could sell private data like search history and consumption history to advertising by other companies as Facebook does, it could favorably help the Chinese economy because of the company’s close ties to the government. These are reasons that the Trump administration were mulling over if they should ban the app or not. Originally, Trump said that he would ban the app in late July, but reversed his course to suggest an American company buying TikTok as a solution. Then, on August 3rd, he said that TikTok would be banned on September 15th if ByteDance would not sell to an American company. Still, the privacy allegations can easily be proven because they are technical and binary, and those allegations have not been found yet.

ByteDance’s Unwillingness to Sell and Comply

CEO of ByteDance Zhang Yiming does not want to comply with Trump’s demands, and he has good reason to do so. Regardless of all the skepticism, he rightfully has this choice not to comply because there is no concrete evidence of data funneling in the TikTok app. Additionally, an argument against the top choice American company Microsoft to buy TikTok is that they have no experience with social media. The worry here is that managing issues with inappropriate content is something Microsoft does not directly deal with at such a high rate, so they will need massive amounts of effort in censoring bots that they do not have. Contrary to the aforementioned points, the Trump administration is likely doubling down their considerations of a “national security risk” that the app’s Chinese ownership poses because there are few pieces of evidence supporting their accusations, showing that the US is determined to ban the app regardless of evidence or reason. Also, from a business perspective, this is a huge opportunity for any American company that is able to buy an app of such widespread influence; especially for a company like Microsoft that has the capital to manage the app. Whatever the reasons for not selling TikTok, if Yiming does not do so, the US will likely ban the app and many countries will follow suit. I say this because of the mentioned evidence of a multitude of countries being just as skeptical as the US in TikTok. The US is a drastically more reliant country than China because of the detachment private companies in the US can have with the government. In most country’s perspectives, China is much more likely to cooperate with private entities for their own benefit than the US is.

How Can TikTok Survive?

Simply, I believe that a US company needs to buy TikTok so all other major countries with millions of users will have faith in allowing the app to citizens. Although an American company might not be the most ideal home for the app, the fear of corroboration with the authoritarian CCP is a chance many countries are unwilling to take. The US is not flawless, but most countries trust them with such a task because of their democratic government and consistently higher human freedom and press freedom index ratings. Also, US companies still dominate the online market and have shown they are separate entities from the public sector in their country, so other countries can also trust this trend. On August 6th, Trump issued executive orders banning TikTok and another Chinese app, WeChat, from operating in the US in 45 days if they are not sold by their companies. Unless ByteDance just wants Chinese users on their platform, they should take this opportunity to make an executive decision.

Disclaimer: The views and opinions expressed in this article are those of the author and/or student and do not necessarily reflect the official policy or position of United 4 Social Change Inc., its board members, or officers.
Tags:ByteDanceChinaTikTokuser data

Fast Fashion: To Wear or Not to Wear

Back To School 2020: What Should High Schools Do With Fall Sports? 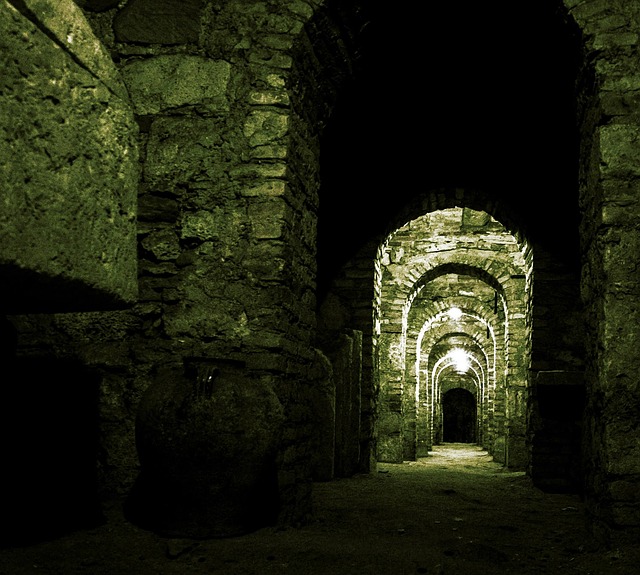