With the current COVID-19 pandemic, many people are quick to point fingers at who is to blame for all the deaths of American citizens. A perfect example would be from the President himself, who uses racist rhetoric and deflection to blame China for his failed leadership in handling the outbreak. Now, many of his uneducated followers-as well as other hateful groups-are blaming, harassing, and assaulting Asians for the coronavirus. While crimes against Asians escalate, countless others go unnoticed and unclassified as hate due to “insufficient evidence of racial slurs yelled.” As hate crimes are being ignored, perpetrators are getting off scot-free. A contributing problem is the silence of Asian and Asian American celebrities who are avoiding the issue and not spreading awareness. Even if anti-Asian attackers did not yell racial slurs, the anti-Asian sentiment linked to the COVID-19 pandemic has led to an exponential increase in crimes against Asian Americans, which should be classified and brought to attention for what they are: hate crimes.

A hate crime is a “crime-usually violent-motivated by prejudice or intolerance toward an individual’s national origin, ethnicity, color, religion, gender, gender identity, sexual orientation, or disability.” As a result of the coronavirus outbreak, anti-Asian hate crimes have been on the rise. This is due to the President holding China liable for his negligent response to the coronavirus, which Asians all over the country are “associated with,” in the eyes of his supporters. His justification for the use of xenophobic terms such as “Chinese Virus” and “Kung Flu” is to hold the Chinese government accountable, but it inadvertently puts a target on the backs of Asian Americans. Hence, over 800 hate crimes against Asians were reported from March-June in California alone, and over 2000 hate crimes were reported in the US. These are incidents of verbal and physical assaults, 11% of which targeted the elderly. Asian American women also reported almost twice as many incidents of discrimination and harassment as Asian American men.

Although it may seem obvious to most people that the increased attacks on Asians are hate crimes, many are not being classified as such. One example includes the case of an 89-year-old Chinese grandma, who was slapped in the face and set on fire by men she had never met. Hundreds of protestors took to the streets of Brooklyn to condemn the police’s decision not to classify the attack as a hate crime. Another is that of a Chinese daughter sprayed with water while her pregnant mom was punched in the face and told, “You (expletive), Chinese (expletive).” Authorities are charging the assailant with simple assault, harassment, and reckless endangerment, but left out ethnic intimidation. Lena Hernandez went viral on the internet over her racist rants, verbally assaulting multiple Asian Americans and telling an Asian woman, “Go back to whatever (expletive) Asian country you belong in.” She was also filmed speaking in a mock Asian accent, telling an Asian man to “go home” and calling him a “Chinaman” while his two children were present. She was charged with battery, but what makes matters worse is that her bail was set at only $1.00.

As a result of hate crimes being ignored, perpetrators are getting away and will continue to repeat their offenses. The victims aren’t receiving justice, and the amount of hate crimes will continue to rise. Consequently, this plays into normalized racism against Asians, and Asian Americans will be less inclined to report hate crimes if they are just going to be ignored. With this, there has been a rise of Asian Americans buying guns in fear they will be attacked. This shouldn’t be the answer; no one should ever feel their safety is compromised due to their skin color every time they leave the house.

Unsurprisingly, less than half of Asian hate crime victimizations are reported to police, as Asians are culturally non-confrontational. Asians are raised to only focus on themselves and their work for a better future. They believed ignoring racism would make it go away, when it only normalized racism against Asians. The term “model minority” has been used to refer to a minority group perceived as particularly successful, often applied to Asian Americans. However, this term fails to recognize different ethnic groups and the challenges they face, namely ignoring South East Asians. The Model Minority Myth stereotypes Asian Americans as docile, submissive, and uncomplaining. People like the President reinforce the Model Minority Myth, spurring on the idea that others should be like Asians: to stay quiet and mind their own business while he uses racial slurs against them as if it’s acceptable. Asians need to learn to stand up for themselves, especially when the media chooses to ignore them. One problem is that Asian celebrities are completely silent about issues in the Asian community, and awareness isn’t being raised. Most Asians have been raised to avoid problems and not fight back. This might have worked in the past, but it isn’t working now.

Some are not recognizing that these above-said crimes as hate crimes because no racial slurs were yelled. This is a deplorable justification for ignoring hate crimes. These victims were notably singled out by their assailants, and the attacks were unprovoked. All victims were of Chinese descent, the specific ethnicity which the President points blame at for the coronavirus pandemic. The assailants also mentioned their victim’s race/ethnicity when committing their crimes, displaying prejudice against the victim’s national origin. Attorneys are saying there wasn’t sufficient evidence to present the cases as ethnic intimidation, even though the words uttered by the perpetrators such as “Chinese,” “Chinaman,” and “go home” clearly display xenophobia directed at Chinese people.

To address and spread awareness on the issue, Asian Americans need to hold peaceful protests against unclassified hate crimes and anti-Asian racism, sign petitions, spread awareness through social media, donate to victims of hate crimes, and stop being silent. We cannot let these injustices go unnoticed any longer, and in order to push this country forward as a unified nation, we need to stop attacking our own citizens. Stop encouraging derogatory labels such as “Chinese Virus,” stop blaming Asians for the coronavirus, stop perpetuating the Model Minority Myth, and stop spreading hate.

Disclaimer: The views and opinions expressed in this article are those of the author and/or student and do not necessarily reflect the official policy or position of United 4 Social Change Inc., its board members, or officers.
Tags:Asian AmericansCOVID-19hate crimesSilence

Heidi is a rising junior from Northern Virginia. Over the summer, she has interned for two Congressional candidates and volunteers as an instructor for her youth orchestra. With a strong interest in public policy and international affairs, Heidi currently works as a political affairs intern hoping to bring about social change. 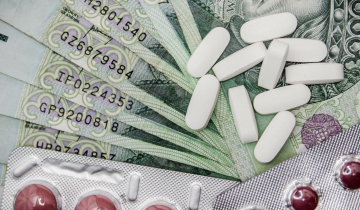 Is A Pandemic Enough To Prove Our Need For Paid Sick Leave?