2020 has not been kind to the world. COVID-19 has delivered devastating blows, leaving many nations helpless. Typically, the world would seek aid and leadership from America in times of crisis. However, the United States—led by President Donald Trump—has not shown signs of promise. Instead, the nation continues to be ravaged by the pandemic, watching its foreign relations fall apart. President Trump has long emphasized his foreign policy mantra of “America First,” which focuses on an unwillingness to help other countries. Although many support the Trumpian view of “America First,” such isolationist ideals have ruptured valued foreign relations, which have further collapsed amid America’s ongoing clashes with COVID-19 and China. Thus, America must ultimately restore its relations, cooperation, and trust with other countries.

America’s Role in the World

Operation Desert Storm was a military operation organized by President George H.W. Bush to fight Iraqi forces out of Kuwait. It was a success. The operation inspired hope for Americans in the early 1990s. The military victory affirmed the strength of America and its armed forces, and according to The Atlantic, it put America in an “unprecedented position at the apex of the global order.” It has been thirty years since Operation Desert Storm. But America’s toiling state in 2020 is not auspicious. America’s power is declining as COVID-19 hits, China rises, and its foreign relations suffer.

A 2016 Pew Poll showed that only 37% of people think that America should help other countries, while 57% think the US should deal with its own problems and let other countries manage issues themselves. Many think that America spends too much money on foreign aid and international alliances—a view that President Trump has emphasized. For instance, he stated that America cannot afford to spend too much on the North Atlantic Trade Organization (NATO). Simply put, many believe that America should be less involved in the world and, instead, focus on itself alone. However, this view entails consequences that we must not be willing to take. From this mindset, foreign allyship seems comparably unimportant to other issues, and consequently, alliances, partnerships, and relationships break down. America needs other countries in areas such as trade, peace, security, and public health, particularly in its recovery from COVID-19. Tackling global issues—such as climate change, economic justice, and fair trade—requires an intimate relationship between America and other countries. America is one of the wealthiest countries in the world and therefore has an abundance of resources. Combining American resources with those of other countries to solve problems is a solid method to inspire global progress. Collaboration with other nations is a necessity for helping the people of America and the world. America has traditionally taken a role as the leader in the world. However, this leadership has severely fractured amid the Trump and COVID-19 era, as America’s foreign relations continue to crack. Reviving foreign relations is a key component of restoring America’s leadership role in the world.

At his inauguration, President Trump made his foreign policy intentions clear. “From this day forward, it’s going to be only America first — America first,” he declared. President Trump has lived up to his inaugural promise. His foreign policy strategy has consisted of severing alliances and deals with other countries in attempts to undermine establish and valued connections with the world. Now “America First” has come to represent a selfish and isolationist America that stands only for itself.

President Trump’s foreign policy is defined by a focus on national security, embodied by his tough immigration policies and insistent stance on terrorism. However, many discern his intentions and flaws. President Trump’s foreign policy “is not national security but Trump’s security,” writes Wendy Sherman, a professor at Harvard University. It becomes clear that he exhibits little interest in advancing America as a whole in comparison to proceeding with his selfish interests.

With his powerful “America First” mantra, President Trump has created an America that has sought to sever ties with the rest of the world. America has dropped out of international treaties and organizations. America withdrew from the Paris Climate Agreement and the Iran Nuclear Deal. President Trump has also questioned the functionality of the United Nations, calling it weak and incompetent. He has also complained about NATO’s costs. He declared that “NATO is costing us a fortune, and yes, we’re protecting Europe with NATO, but we’re spending a lot of money.” Such a statement reflects President Trump’s priorities. Facing the option to either protect valuable European allies or save money, he insisted on saving money. However, maintaining relations with other countries and helping other countries are important, and this notion is one that the government must recognize. Otherwise, relations will continue to crumble.

America leads the world in COVID-19 cases and deaths, exhibiting no improvement in its control of the pandemic. Typically, the world would look to America for help. Instead, the world sees a toiling America. The New York Times called the pandemic the “first global crisis in more than a century where no one is even looking to the United States for leadership.” Countries like South Korea, Singapore, and Taiwan have emerged as exemplary nations due to their effective responses. China—America’s economic, ideological, and military rival—has not only suppressed COVID-19 but also donated needed medical supplies to other nations. The American COVID-19 response has prompted bleak warnings about the nation’s future. Dominique Moïsi, a political scientist, warned that soon, “There will be more Asia in the world and less West.” This is a nightmare for Americans. As America descends the global ranks due to COVID-19, other countries’ trust in America begins to fade as well. A poll by the European Council of Foreign Relations (ECFR) found that a mere 2% of Europeans viewed America as a helpful ally in COVID-19 response, and an overwhelming majority of Europeans experienced a massive decline in confidence in America. According to Susi Dennison, an ECFR foreign policy expert, the negative shift in public opinion against America “may push European governments to pursue a more independent line in the rebuilding of the international order” after the pandemic. The view of America as a powerful and heroic leader disintegrates in the minds of other nations. If America cannot manage to save its people, how can it aid other countries?

Because other countries’ trust and relations with America are dying, America needs to rebuild its alliances. It must do so by reinstating itself as a leader that is willing to cooperate with other countries. Collaboration is crucial. America needs to care about other nations to (1) rebuild global trust in America and (2) mend foreign relations. This shift in foreign policy mindset starts with the top, meaning President Trump. However, as we have come to comprehend his obstinate personality, this mindset shift will likely only occur in the hands of another American leader.

China has become a problem for America. Amid the calamity of 2020, America has launched a series of brutal attacks on a rising China. COVID-19 has exacerbated the existing divide between the two nations. America has shoved blame onto the Chinese government, challenged China’s control over the South China Sea, sparked a technology war, and imposed travel bans. Meanwhile, an authoritarian China returns the hostility, having sparked conspiracy theories and continuing to bully ambitiously for domination. Ryan Hass, a China director under President Barack Obama’s National Security Council, commented that the American government wants “to reorient the U.S.-China relationship toward an all-encompassing systemic rivalry” and is using this reorientation to put America on “competitive footing against its 21st-century geostrategic rival.” This mindset on America’s relationship with China is faulty. By escalating this animus, America is hurting itself and the world. The hostile relationship between America and China endangers economic cooperation—a critical component to a cohesive global economy in which China plays a significant role. This notion has been emphasized even by President Trump’s economic advisors, including Treasury Secretary Steven Mnuchin and Larry Kudlow, director of the National Economic Council. It is doubtless that China plays a fundamental role in the American and global economy, and Americans must not be willing to risk further economic decline only for the sake of attacking China. Cooperation between America and China is needed for the success of the global economy. Therefore, America must restrain its assaults on China and, instead, focus on restoring their relationship.

COVID-19 further emphasizes the need for restoring American-Chinese relations. While crises would typically call for cooperation, this 2020 crisis faces antagonism instead. Many Americans view COVID-19 as a prime platform for criticizing the Chinese Communist Party. However, this approach further destructs the countries’ relations. Instead of opposing one another, the two countries should partner up to utilize their vast resources. Such a partnership would serve as a powerful tool for aiding the COVID-19 predicaments in America and other countries.

Restoration is a focal point of Joe Biden’s presidential platform. He seeks to salvage the American people from the calamity that President Trump has prompted and restore previous relations that now appear to be in ruins. In the 2020 Democratic National Convention, Biden pledged to “restore the soul of America” and “the promise of America to everyone.” Repairing ruptured foreign relations is a crucial component of restoration. America needs to rebuild its connections with the world. These connections would entail a boosted global economy, prevention of conflicts with other nations, and solidarity in times of crisis, which potentially includes another pandemic. America must take the torch again, and to do so, it cannot let its foreign relations crumble. Such a notion is one that Biden has emphasized, as he elaborated in his essay, “Why America Must Lead Again.” Biden may not be the leader that many people look for, nor is he a perfect candidate. However, his focus on the restoration of foreign relations and American leadership represents an auspicious future for America. America cannot handle four more years of “America First,” and that has become clear as we witness the palpable tensions that President Trump’s mantra has created. Biden’s presidential strategy can repair America, whereas President Trump’s can only destroy America beyond repair.

Competency in leadership embodies the first step toward repairing foreign relations. We need a leader who understands and cares about America’s place in the world, American citizens, and other countries. Joe Biden is a more competent leader than President Trump. We must do what it takes to restore America’s relations. Advocating and voting, if possible, for Joe Biden is only one step in unclouding America’s leadership in the world, but it is a pivotal one. Relationships will only decay until our current bullying presidential incumbent is expelled.

Disclaimer: The views and opinions expressed in this article are those of the author and/or student and do not necessarily reflect the official policy or position of United 4 Social Change Inc., its board members, or officers.
Tags:America Firstinternational relationsTrump era 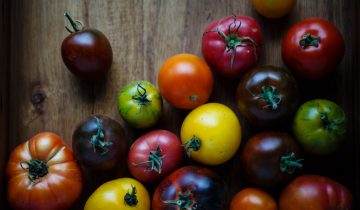