Third-party and independent candidates have only won around 5% of the vote in 12 presidential elections. Although notable political figures tend to stem from two parties (Democrat and Republican), there are 224 other ballot-qualified political parties across the US. However, Independents make up only 2/100 senators and only 0/435 Congressional representatives. Third parties are essential because they often bring overlooked or marginalized ideas to the ballot, but they have slim chances of winning elections. Although some people believe that third parties are the issue (by “spoiling elections”), our voting system must change to fairly incorporate third-party candidates.

Multiple parties – or even a non-partisan government – is essential to democracy. George Washington addressed this idea in his last presidential speech, saying that although “they may now and then answer popular ends, but they are likely in the course of time…to become potent engines, by which cunning, ambitious, and unprincipled men will be enabled to subvert the power of the people and to usurp for themselves the reins of government, destroying afterwards the very engines which have lifted them to unjust dominion.” Today, in our heavily-partisan system, third parties help to encourage solutions while the major parties are caught up in conflicts and debates.

As an example, “…the Prohibition and Socialist Parties promoted the women’s suffrage movement during the late 1800s,” but the Democratic and Republican parties didn’t support women’s suffrage until 1916. “The Socialist Party also supported a fund to provide temporary compensation for the unemployed in the late 1920s,” which came into law as the Social Security Act of 1935. The Populist and Socialist Parties pushed for a 40-hour workweek as early as the 1890s, and these ideas eventually caused the Fair Labor Standards Act of 1938. Third parties are essential to provide effective, thorough, and innovative ideas and solutions. They’ve catalyzed change in issues that paralyze major-party politicians. So why is it so difficult for its representatives to be elected?

America’s winner-take-all political system enables an extreme two-party system. It’s a common misconception that American democracy votes with “majority rule,” but it actually uses “plurality rule,” in which a candidate can win with under 50% of the total votes. Imagine you have 4 candidates in an election, and they get 20%, 19%, 38%, and 23% of the vote, respectively. The winning candidate is only favored by 38% of people. This means that elected officials can be favored by far less than half of a population but still win the position. This is an unfair and inequitable voting system, and it enables the underrepresentation of minority voters and encourages people to vote for candidates that they don’t like. Because of winner-take-all elections, people rally around candidates who are the “best of the worst,” and settle for representatives who are “just good enough.” Our current political system allows major-party candidates to win because it discourages people from voting for their ideal candidate.

People shy away from voting for third-party candidates in a winner-take-all election, out of fear that voting for their favorite candidate will take away votes from another candidate—for example, even if a voter supports Howie Hawkins (a Green Party presidential candidate in 2020), they may vote for Joe Biden because they know that Howie Hawkins will not win and they want to beat Donald Trump. This is a systemic issue, so the solution is to alter our voting system. Rather than voting by plurality rule, we should adopt a ranked-choice voting system. In ranked-choice voting, voters rank the candidates on their ballot from most-favorite to least-favorite. Let’s go back to the previous hypothetical where candidates got 20%, 19%, 38%, or 23% of the vote. If one candidate gets a majority of the first-choice vote, then they win. But what happens when nobody has the majority? The least-favored candidate (at 19%) is eliminated, and those people’s votes would roll over to their second-ranked choice. This pattern of elimination and rollover votes continues until one candidate has the majority of the vote. Elections are put in place to ensure that candidates accurately represent their constituents, so it only makes sense to adopt a system that gives everyone a say. Ranked-choice voting allows people to vote for the candidates they like (including third-party) without worrying that their vote will “spoil” an election.

What Can You Do?

You can fight for ranked-choice voting to become a reality in your place of residence. By contacting your representatives (local or federal), you can show them that people want ranked-choice voting. Third parties are essential to progress and diversity of thought, so we must change our electoral system to fairly represent them. Ranked-choice voting is the solution, and with enough popular support, this can become a federal reality.

Disclaimer: The views and opinions expressed in this article are those of the author and/or student and do not necessarily reflect the official policy or position of United 4 Social Change Inc., its board members, or officers.
Tags:independent partiesrank choice votingthird-party canditateswinner-take-all system 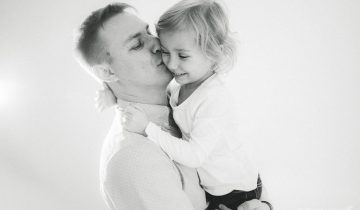