For several decades, scientists have researched stem cells to find cures for different injuries and diseases. Stem cells are cells which generate specialized functions in the body. These cells are special because they can generate new cells such as blood cells, brain cells, heart muscle cells, or bone cells. Scientists have come a long way in applying stem cell research to medical procedures. These procedures range from healing an injury to fighting cancer, which means stem cells can help a variety of people. However, the cells come from human embryos that are three to five days old. Scientists have attempted research with adult stem cells, but these are not as versatile. This raises a question of ethical values, which is why some people are against stem cell research.

Stem cells have been researched for decades, and many advancements have been made which show major potential for medical usages. These medical benefits could be helpful for many patients because of the wide range of diseases they can be applied to, and they are certainly not outweighed by moral disapproval.

Advancements Made Through Time

The first discoveries of stem cell research were made in 1981, when scientists discovered ways to derive embryonic stem cells from mouse embryos. This led to a major advancement in 1998, when stem cells from human embryos were grown for research purposes. From then, stem cell research evolved to help scientists understand how diseases occur as well as how to develop regenerative medicine to replace diseased cells. Researchers have now successfully performed a stem cell treatment on a non-human primate for the first time ever.  KJ- the monkey who underwent the procedure- had his spinal arthritis improved significantly. His body underwent a helpful development which notably increased his mobility. Non-human primates cannot be affected by the placebo effect– a factor that worried scientists when they did research in humans- meaning the research done on them can be a helpful translation to human medicine.

The Potential Of Medical Benefits

Many lives could be saved if stem cell research were implemented in common medicine. Take diabetes, for example. 400 million people worldwide are affected by diabetes, and there are numerous health issues that come along with it. Through stem cell research, scientists can figure out the root causes of diabetes. Key questions could be answered, such as why the immune system attacks beta cells in type 1 diabetes and what causes resistance to insulin in type 2 diabetes.

Additionally, stem cells could help generate healthy cells to cure a variety of diseases and injuries. Stem cell therapies show the potential to benefit those who suffer from spinal cord injuries, Parkinson’s disease, Alzheimer’s disease, heart disease, cancer, and more. Due to the versatility of stem cells, some researchers even say there is no limit to which cells could be created.

Finally, stem cells would be useful for drug testing as well. Researchers could use them to test out drugs instead of testing them on humans directly. This would measure the safety and quality of medicine without harming anybody. New drugs could be formulated as scientists can see exactly what happens in different situations. Overall, injuries could be healed and diseases could be cured much more efficiently once stem cells have been utilized for research.

Stem cells are very beneficial to the medical field, but people raise ethical debates when it comes to using human embryos. Even though the embryos are only a few days old, some believe that life starts with fertilization and that using an embryo for research is inhumane. They do not believe it is worth taking an innocent life to save others and would prefer to do research through adult stem cells, but stem cells from embryos are much more versatile because they can be differentiated into any cell type. These people usually fight against abortion as well, tending to call themselves “pro-life.” President George W. Bush of the Republican Party enforced limitations on stem cell research in 2001, in which he banned federal funding of stem cell research using embryos on June 7, 2001. However, on March 9, 2009, President Barack Obama reversed this executive order, embracing the potential of stem cell research. Overall, the benefits of stem cell research outweigh the moral concerns. If an embryo’s life is considered equally as valuable as a regular adult’s, then it is a good investment to derive a medical solution from an embryo to help numerous people who are suffering.

Due to its wide range of potential benefits, stem cells should continue to be researched by scientists. Ethical concerns about using cells from embryos are invalid in comparison to the many lives stem cells have the potential to save. Through stem cell research, a countless number of athletes could be saved from injuries and they could flourish while chasing their dreams instead of living with an incurable injury. Other people’s suffering from various diseases could end, too, and they could live happily without being limited physically.

Many people could directly help scientists by being an advocate for stem cell research. Donating is a very effective way to help researchers gather knowledge about stem cells. Another way is to educate friends and family members about stem cells, as it can potentially save lives.

Disclaimer: The views and opinions expressed in this article are those of the author and/or student and do not necessarily reflect the official policy or position of United 4 Social Change Inc., its board members, or officers.
Tags:Biologyhealthmedicinesciencestem cells 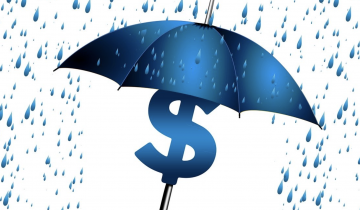