William Butler Yeats, a renowned Irish poet, proclaimed that “education is not the filling of a bucket, but the lighting of a fire.” Education is not a progressive milestone. Rather, it is the beginning of a child’s future. Early education provides the chance for children to light their inner fires early, emanating promising sparks of the trademark ambition and energy of youth. However, the hearts of numerous American children are left unlit—empty, cold, and longing. Not enough children in the United States receive quality early education. We may care about our children, but we consistently fail to recognize how integral early education—education from birth to eight years old—is to our nation’s posterity and prosperity. Although many prioritize funding other major policy issues, the deficit of early childhood education, its monetary barriers, and its impacts from COVID-19 display the necessity for more early education funding. Through advocating and urging policymakers to produce positive change for children, the early education problem in the United States will be alleviated.

“We value our children less than other nations do,” declared Arne Duncan, the former secretary of education under the Obama administration. Duncan’s statement is a startling accusation. Unfortunately, however, it brims with harsh truth: America’s care for children is lacking. The Organization for Economic Co-operation and Development (OECD) found that among developed economies, America ranked 35th for pre-primary or primary-school enrollment for 3 to 5-year-old children. A primary reason for this disturbing deficiency in care is the prevalent yet false view that early education is expendable. Unfortunately, as early educators tend to be female and non-white, the general public tends to see early education less appreciatively than other professions. A deficit in appreciation will only entail a deficit in early education. The American public must amend its negative perspective on early education in order for young children to develop effectively.

This deficit of care for children has long-term consequences. For instance, the current state of early education forecasts a continued deficiency of early education for future generations. According to Steven Barnett, the director of the National Institute of Early Education Research, it will take 150 years for 75% of four-year-old children to have access to early education. Such a striking statistic exposes the long path ahead of us in providing quality early education. Our lack of early education has inflicted irreparable harm on our descendants. Within the next few centuries, millions of children will be without early education, suffering from a handicap that will loom over the rest of their lives.

A growing body of research affirms the necessity of early education for building auspicious futures. A University of Pennsylvania study found that four-year-old children with abundant cognitive stimulation had thicker cortices, which signals associations with higher intelligence. Strikingly, they also found that similar cognitive stimulation in eight-year-old children produced no significant results. This study highlights the importance of starting early, as younger children’s brains are more plastic. We cannot wait until children are eight years old to start educating them. We must start early to maximize children’s brain development, which will benefit them extensively in late childhood and adulthood. Children who lack early education suffer from a severe disadvantage. By age 4, these children are already 18 months developmentally behind their early educated counterparts. Unfortunately, these children may never catch up with their peers. Some parents may claim that early education is not necessary for their child. They may question its efficacy and worth, possibly asking, “Why would my children attend preschool if they already have fundamental math and language skills?” However, this argument fails to recognize the holistic benefits of early education. Early education provides not only academic but also social benefits. In early education, children take a glimpse of the uber-social world ahead of them through interacting with peers. They can develop friendships and learn the social skills necessitated in the professional world. These friendships can serve as a basis for creating a child’s support system and can guide them through the hardships of childhood, adolescence, and eventually adulthood. Early education focuses on academics, but more importantly, it also revolves around preparing children for their lives ahead of them.

The costs of early education are alarming. Providing quality early education to one child could potentially occupy 85% of a families’ net income. Children from low-income families have a severe disadvantage. The National Center for Education Statistics found that 44% of low socioeconomic status children from the kindergarten class of 2010 had attended preschool compared to 69% from high socioeconomic statuses. Ironically, however, children from low socioeconomic statuses gain the most benefit from early education. Early education’s high price tag is a seemingly insurmountable barrier for low-income families. These families simply cannot afford to give their children the quality care and education that is necessitated for future success in the classroom and the world. There should be nothing that stops low-income families from giving their children the best that they deserve. But the United States is no perfect nation. More funding is required to cut the monetary barriers that ruthlessly obstruct young children from affordable education

Money presents itself as an issue for early educators as well. These teachers are paid minimally. The US Department of Education found that in 2016, the median salary for a preschool teacher was $28,570 per year, which stood as 52% of elementary school teachers’ median salary. Because of this low pay, preschool teaching is not an attractive occupation, especially for adults with college educations. Those with college educations would likely be disposed to seek teaching at higher-level educational institutions, like high schools, or occupy another profession entirely. Conversely, adults who have lower degrees of education may tend toward teaching in early education as the profession does not demand as strong educational backgrounds. As a result, preschool teachers can often be underqualified since they lack the educational skillsets that may still be warranted in an early education setting. Money plays a significant role in the shortfalls of early education in the United States, and the only way to alleviate the money barrier is to provide more money to early education through legislation.

It is no secret that COVID-19 has taken a tremendous toll on children and schools. Lockdowns in the United States started as early as March, cutting children off from their education. For the past months, as America’s COVID-19 response continued to weaken, early education has been noticeably absent from young children’s lives. They have lost months of education and will likely lose more as the pandemic continues its rage. Such an absence already puts this generation of young children at a striking disadvantage. These lost months can have tremendous impacts on children’s development, especially as they endure domestic chaos resulting from the pandemic—witnessing anxious parents potentially dealing with employment crises or mourning for the loss of a loved one. The negative effects of the absence of early education are amplified for countless children nationwide. COVID-19 has only served as another barrier to children’s early educations. Every child currently lacking early education is already held behind. The way to solve this devastating crisis in early education is to provide more funding for early education after the pandemic’s resolution. Children require the means to catch up, and funding provides those means in the form of money. If the United States leaves its children with their pandemic-induced impediments, the nation may be harming itself by preventing the growth of future professionals—all of whom are necessary to the success of the nation.

Advocacy promotes change, and change is what we need. Legislation stands as a primary method to inspire change, and advocacy drives legislators to act upon substantial issues like early educations. President Barack Obama strongly supported early education. He created Preschool for All—a proposal providing affordable preschool to low and moderate-income families— and he funded $2 billion in two years for Head Start—a federally funded program providing preschool to children of low socioeconomic statuses. Early education requires this type of funding. President Obama acknowledged the importance and deficit of early education, and it is a hope that future political leaders will follow his lead. Advocates bring these leaders to act.

Organizations, such as Save the Children and UNICEF, passionately push for children, not only in the realm of childhood education but all international childhood issues. Save the Children contains a branch known as Save the Children Action Network (SCAN), which is designated to political advocacy. Such advocacy may come in the form of visiting lawmakers’ offices, writing letters to the editors, or calling lawmakers, all of which urge more policy and funding surrounding early education. SCAN houses student ambassadors and adult volunteers dedicated to creating the best world for children. There are numerous other avenues to help promote early education and other children’s issues, and it is not difficult to get involved. Advocating for children may just light a fire in a child’s heart and future. The thought of lighting children’s fires across the nation is heart-warming. To create hope for the future—that is goodness.

Disclaimer: The views and opinions expressed in this article are those of the author and/or student and do not necessarily reflect the official policy or position of United 4 Social Change Inc., its board members, or officers.
Tags:childreneducation 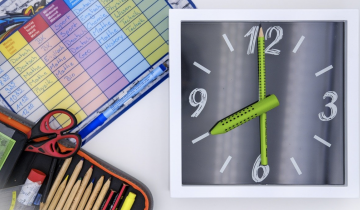 Shorter School Days Should Be Established For U.S. Students