Approximately 1 out of 8 women in the United States will develop invasive breast cancer in their lifetime. Additionally, it is estimated by the American Cancer Society that in 2020, 276,480 new cases of invasive breast cancer will be diagnosed in women in the United States–with about 42,170 fatalities. Most of us have heard, read, and seen these fear-provoking statistics before. In fact, breast cancer awareness is currently at an all-time high. However, there still exist drastic disparities among different demographics, such as those of different races, social classes, religions, and gender identities. These inequalities range from awareness to treatment, to genetics, to stigmas. African Americans, those without health insurance, Ashkenazi Jews, and men are traditionally underserved when it comes to screenings, treatment, and awareness. It is also important to acknowledge that these categories are intersectional and interrelated. It is crucial that we work to eliminate the disparities within breast cancer awareness and treatment between these intersectional groups.

In the United States, a lack of quality universal healthcare has led to vast disparities in screenings and detection of breast cancer. According to Michael Posner of Forbes, the COVID-19 pandemic has revealed many ugly truths about the inequalities within the United States healthcare system. As the only democratic nation in the world to not offer universal healthcare, class and wealth often heavily impact accessibility to quality healthcare. Oftentimes, fear of not being able to pay co-pays or out-of-pocket costs hinder women from receiving routine mammograms. On top of that, trepidation about the results coming back positive and needing to fund one’s treatment is a constant worry for many American women. With a more inclusive health care system, many people who would not be otherwise insured would be able to receive screenings and treatment.

Ashkenazi Jewish women have an increased risk of carrying a BRCA gene mutation, which can cause breast cancer. Women who carry a BRCA gene mutation have a 50% chance of developing breast cancer by the time they turn 70 years old. This is a much higher chance than the 7% of women in the general population of the United States who develop breast cancer by 70 years old, according to the US Centers for Disease Control and Prevention (CDC). Additionally, one in forty Ashkenazi women carries the gene. Clearly, they are at a much higher risk of developing breast cancer, therefore deepening the disparities amongst various groups. Raising awareness among Jewish communities about breast cancer risk, as well as encouraging Ashkenazi women to get tested for the BRCA gene, are two of the most crucial strategies that must be implemented.

The association of breast cancer with femininity and the presence of toxic masculinity has led to shame and stigma for men diagnosed with the disease. While less than 1% of breast cancer patients are male, men have a 51% chance of being diagnosed with advanced breast cancer, as opposed to the 36% chance that women have, according to the American Cancer Society. This is due to decreased awareness. When examining possible reasons as to why men have such lower awareness of breast cancer, we must look to our societal structure. “Toxic masculinity” is a phrase that refers to various societal norms that harm men and society as a whole. The societal view of breast cancer as exclusively a women’s issue deters men from conducting self-examinations or considering breast cancer as a possible disease. When a man is diagnosed with breast cancer, there is a shame that typically comes with it, as breast cancer is societally viewed as a “feminine” disease. This unfortunate dynamic that society has created leads to worse prognoses for men than for women. We must work to reduce these stigmas by teaching our sons about taboos such as breast cancer, so that they not only support the women in their lives, but can also take care of themselves.

How These Issues Are Intersectional

Race, class, religion, and gender identity are not isolated factors. Together, they can create a dangerous combination that sets breast cancer patients up to suffer from a lack of guiding resources. One instance of this intersectionality is the fact that Black men are more likely to develop all types of breast cancer than white men, but are less likely to detect it. In a study conducted by JNCI Cancer Spectrum in December of 2019, it was found that Black men had a 52% higher rate of breast cancer than white men. Not only do Black men have the weight of toxic masculinity, but they also have higher rates of breast cancer. Another example of intersectionality is the correlation between those without health insurance and their race. African American and Latino communities are more likely to be uninsured or experience insurance loss. For African Americans, a smaller chance of being insured on top of poorer prognoses creates a recipe for disaster, according to the US National Library of Medicine. Overall, we can clearly see the pertinence of working towards shrinking gaps between those of different races, classes, religions, and genders, as well as those who fall within the intersections of at-risk communities. By mentioning those at increased risk and those who are systemically underserved by the healthcare system, we can include intersectionality when spreading awareness about breast cancer. By acknowledging all groups of people with relation to breast cancer risks, treatments, and awareness, we can save many lives.

It is crucial that in moving forward, we acknowledge underserved groups when it comes to breast cancer. Firstly, we must spread awareness in majority-Black communities about the importance of being screened for breast cancer, given the dangers of TNBC. Additionally, we must hold breast cancer organizations accountable for recognizing the disparities among the prognoses and different levels of awareness needed for different races. Secondly, it is vital that we petition, lobby, and pressure politicians to improve health insurance for millions of underprivileged Americans. We must also spread awareness among Ashkenazi Jewish women about the dangers of carrying the BRCA gene by encouraging genetic testing. Lastly, we must teach our sons, nephews, and grandsons about breast cancer so that it does not become a taboo as they grow older. Not only will they be able to support the women in their lives, but they will be able to more thoroughly take care of their own health. While these solutions are all independently important, they cannot be fully effective without taking into account their intersectionality. Only then will we be able to prevent fatalities at the hands of breast cancer.

Disclaimer: The views and opinions expressed in this article are those of the author and/or student and do not necessarily reflect the official policy or position of United 4 Social Change Inc., its board members, or officers.
Tags:Breast CancercancerhealthWomen

The Dangers of Tik Tok's Glorification of Unhealthy Eating Habits

Whitney Cohen is a junior at Eleanor Roosevelt High School in New York City. She represents her high school in the Manhattan Borough Student Advisory Council and she represents the borough of Manhattan in the NYCDOE Chancellor's Student Advisory Council. Whitney balances her dual interests in medicine and the arts by exploring the ways in which the two fields philosophically overlap and complement one another. She aims to pursue oncology and is already deeply involved in the world of breast cancer as a volunteer at Memorial Sloan Kettering Cancer Center and as the Co-Founder and Chief Creative Officer of the grassroots organization Passionate 4 Pink. 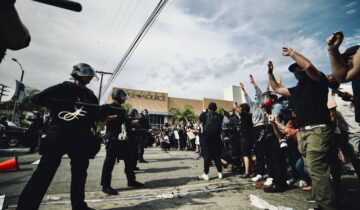