The teenage years are the most vulnerable segment of an individual’s life, pretty much defining the making and marring of the inchoate brain. Drugs are capable of orchestrating the entire reward circuitry of your brain, translating a temptation of drug usage to drug abuse and subsequent drug addiction.

As per the National Center for Drug Abuse Statistics, in 2020, 47% of youth, in their high school years themselves, have tried illicit drugs- which include MDMA, hallucinogens, cocaine, cannabis, and so on. The adolescents being the age-group with the highest rate of illicit drug use has resulted in a consistent rise in death cases due to drug abuse and addiction. The lure factors for teens towards drug abuse are aplenty, and it’s vital to break down the biology of drug addiction, which is posing to be a critical social issue.

Teenagers are valuable baits for the drug peddlers across the globe, mesmerizing the barely baked teen brains and rooting them into lifelong drug dependency. Today, various nations and parts of them have advocated for the legalization of illicit drug use; however, the holistic picture of this propaganda is highly debilitating for the future of the globe.

The Scene Behind Temptations-

What steers a teenager to delve into drugs, even after witnessing the shabby consequences of drug indulgence? Teenagers are peer-pressured, carried away by movies that glorify illicit drug use/abuse, influenced by their parent’s indulgence in the same, and enamored by the false sense of euphoria. The easy availability of these illicit drugs- including online acquisition, via various cryptomarkets– is the main reason behind the nurturing of such whims and fancies.

These actions do have long term repercussions. Drug addiction not only harms the person’s health, behavior, and relationships, but burdens their respective nation as well. A nation is affected by the surging substance use disorders due to an increase in the collateral crime rate and a downfall in the responsible, working youth community of a nation, and it also indicates the loopholes in a system’s law and order due to drug trafficking and illicit drug acquisition and increasing fatalities due to drug overdose and addiction.

It is foolhardy to convince oneself that a onetime temptation for illicit drug indulgence will not translate into an addiction. The trigger factor is substance use disorder, which leads to addiction. How??

The illicit drugs hijack the brain’s reward circuitry and cause a dopamine rush in one’s brain, inducing euphoria and pleasurable feelings. However, these drugs compromise the brain’s ability to be decisive and mesmerize you to indulge in them limitlessly, resulting in subsequent tolerance to the very drugs. A developing teenage brain is easily trapped under the spells of these drugs, and this results in Dependency Syndrome, wherein the body becomes a slave to these chemicals and needs them to ensure normal body functioning and activity.

So, what is the solution to Substance Use Disorder and Drug Addiction? Is it decriminalization or legalization of drugs? Strike that out as a no.

Uruguay became the first nation to legalize marijuana for recreational purposes. This bill passed in 2013 aimed at reducing illegal drug activities and was considered to be an alternative way of plummeting drug-related crime rates. Pharmacies and clubs in Uruguay with government licenses were allowed the retail marketing of marijuana. However, the majority of Uruguayans, about 60-65%, oppose this government stance on marijuana legalization.

The ramifications of this bill are that there is no illegality in smoking pot in public and their streets smell of marijuana. Be it children, teenagers, or adults, all are exposed to the chemical, in an active or a passive fashion. Teenagers on being exposed to these drugs become tender victims of drug abuse and subsequent addiction. A person’s biology can make him an addict, depending on drugged means to attain happiness.

A tendency to veer into polydrug use is easily seeded amongst these teenagers and is on the rise now. With consumption of multiple illicit drugs, they are at a higher risk of addiction and fatality.

As far as the medical implications of these drugs are concerned, it is still the last resort for the treatment of any neuropsychological or neurodegenerative disorder, and if necessary, are administered with minimal doses, for solely medical purposes.

The legalization or decriminalization of drugs, although a controversial movement, doesn’t justify the lawful use and eventual enslavement to these leech-like drugs. Why do the nations have to encourage the use of illicit drugs in the first place? Yesterday, it was alcohol that was widely legalized and hyped up to be a status symbol; today, it is marijuana; tomorrow, by piecemeal, it may result in the legalization of all illicit drugs. Shouldn’t the train of thoughts and ideas run to ameliorate the exposure to such addictive chemicals, rather than disrupting the entire thinking process of a drug-enslaved person?

Neither decriminalisation nor rendering a blind eye to illicit trafficking is going to solve the drug crisis. If the youth of a nation is introduced to illicit drugs in order to seek its help to experience happiness and be stress-relieved, then honestly, the whole nation is at the brink of an impending doomsday.

The only radical change that can be brought about is to nip these activities in the bud. Be it any drug, for that matter-prescription, OTC, or illicit- the utility of these drugs, the effect of the drugs on physicality and psychology, and the far-reaching consequences on the body and society must be drilled via education.

Counseling sessions, parental support, a strong development of one’s mind, the morally correct means of catering to stress, media’s role in curbing these activities rather than painting it as a style factor, and most importantly, a strong law and order are few of the ways to start countering this augmenting global menace.

A Wake-Up Call for All-

Our aim is to not only bring down crime rates and deaths due to drugs, but to stop the introduction, abuse, and addiction of illicit drugs in all strata and age-groups of the society. Sadly, society has shaped itself in such a way that it has become critical to address these topics right at the early stage of a student’s education.

The teenagers are the nation’s future. We cannot throw that developing brain under the bus and manacle them to the wrath of drug addiction for a lifetime. The objective is not to induce the problem and then spend a lifetime deleting it, but to be aware and vigilant, as well as prohibit the usage of illicit drugs right at the advent. It should be our mission to protect and teach our children and teenagers to be responsible adults, capable of ensuring global safety and prosperity.

Disclaimer: The views and opinions expressed in this article are those of the author and/or student and do not necessarily reflect the official policy or position of United 4 Social Change Inc., its board members, or officers.
Tags:addictiondrug abusedrug addictionhealth

Rethinking the Role of Television Media in the World of Information 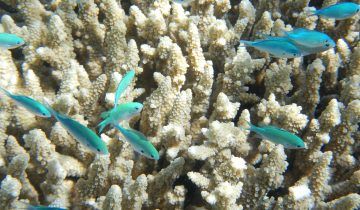