The Lack of Opportunities for African Americans

Some may think that African Americans are just complaining, or “playing the race card” when it comes to opportunities in education, the job industry, and housing. The truth is, African Americans don’t have it easy. It’s hard for them to get jobs, and a good education just because of their race.

I think that there isn’t enough Black representation in high-paying professions. In 2018, only 5% of physicians were African American, while 56.2% were White. In 2019, 85% of lawyers were White, and 5% were African American. This shows that there are more White Americans in high paying jobs, meaning that Black people aren’t given the jobs even if they have enough experience. This is evidence that jobs continue to be distributed unequally between races. Because of this, it’s hard for African Americans to get ahead in the workforce.

In my opinion, African American students aren’t given as much of a chance as students from other races when it comes to getting into good schools. The only time they’re actually given a fair chance is when there’s a diversity initiative or if the admissions committee really likes something about their application. Last year, only 8 African American students were admitted to Stuyvesant High School in New York City, while 493 Asian students were admitted. Since there weren’t as many Black students that were admitted to Stuyvesant, that means that there were more black students admitted to schools that aren’t as great. This is something that has been going on in specialized high schools throughout America for many years. There are studies that show how many top schools in the United States accept a small amount of Black students. Having an education that is below the standards that are kept by most employers makes it hard to get a job that will pay enough to have a comfortable lifestyle as an adult.

Most of the time, it is almost impossible for Black people to live in middle-class or expensive neighborhoods because they can’t afford to. In Atherton (ath-er-ton), California, which is the most expensive neighborhood in the United States, the population is 80.5% White and 1.1% African American. If Atherton is 1.1% Black, that probably means that other African Americans couldn’t afford to live there because they didn’t have jobs that pay enough. Typically, in neighborhoods that are low-income and unsafe, schools aren’t as good, and that means that when kids get older they probably won’t be able to get out of that neighborhood since they can’t get a job that would pay enough for them to leave. Due to the bad educational systems in low-income and black neighborhoods, many African Americans are trapped in their living situations.

Some other races believe that African Americans are just complaining about their lack of opportunities and believe that they just need to work harder to achieve their goals. A survey taken by the Pew Research Center shows that 59% of White Republicans think that too much attention is paid to race and racial issues. They may only share views with people they associate with. This can lead to false beliefs that make African Americans seem like criminals, lazy, or trouble-making, and that won’t make it any easier for them to receive opportunities that other races do. This shows just how clouded the minds of people who have it better off than others can be, when America has created and enforced actual laws that discriminated against black people in housing, education, and the legal system, for many decades, especially with the Jim Crow laws. In America we can see how racism, inequality, and prejudice have all damaged the foundation of Black neighborhoods and society. Most races do not see the destruction that is the product of the many inequalities that have been placed on African Americans since the start of this country. There are many ways to fix the unfairness that African Americans face, but that can only happen when other races understand their part, and want to fix it. Racial issues in America are nothing new, and if people continue to deny its existence, it will be here for generations to come.

Who Is in Charge Of Educating Today’s Children on Social Issues? 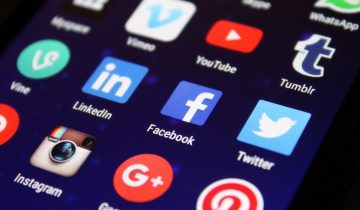