A California regulation allows union organizers onto agricultural employers’ property for up to three hours per day for 120 days per year in order to solicit support for unionization. Two such employers sued, claiming that the regulation violates the Fifth Amendment, which says, in part, that “private property [shall not] be taken for public use, without just compensation.”

The District Court disagreed, and so did the Ninth Circuit. The Supreme Court took up the case and reversed the Circuit Court’s ruling, saying that the law constitutes a “taking,” and remanded the case for further proceedings. While the Court’s ruling was somewhat narrow, its most important implication is that states may no longer require employers to allow union organizers onto their property in the way that California did.

It is worth introducing here a relevant piece of case law. In Penn Central Transportation Co. v. New York City (1978), the Supreme Court ruled that whether a regulation constitutes a “taking” of property depends on numerous factors, including the financial impact and the character of the action.

The Court recognizes two types of takings: a “per se taking” is a simple taking of property, and is plainly unconstitutional under the Fifth Amendment. The second type is more subtle: whether a regulation is so prohibitive as to constitute a taking is determined by the test laid out in Penn Central; if it is, then it is considered a “regulatory taking” and is unconstitutional.

This difference was the key to this case. While there are strong arguments for both sides, it is clear that the Supreme Court’s recent ruling in Cedar Point Nursery v. Hassid was incorrect legally. However, once we consider the importance of property rights, the decision was morally correct.

The Opinion of the Court

Chief Justice John Roberts wrote the majority opinion, as he often does. He was joined by all five other conservative justices: in no particular order, Justices Neil Gorsuch, Brett Kavanaugh, Clarence Thomas, Amy Coney Barrett, and Samuel Alito.

Chief Justice Roberts argues that the California regulation constitutes a per se physical taking, and therefore Penn Central does not apply. His reasons boil down to a claim that the California law “results in a physical appropriation of property” and “appropriates for the enjoyment of third parties the owners’ right to exclude.”

Interestingly, Chief Justice Roberts writes that treating this regulation as a per se taking will not impact government activities that most people agree should be allowed to take place — things like regulatory inspections. He draws a distinction between “isolated physical invasions” and “takings,” claiming that the former are acceptable. He also says that “the government may require property owners to cede a right of access as a condition of receiving certain benefits.”

In summary, the Court argues that the regulation constitutes a per se physical taking, and therefore Penn Central does not apply, and the regulation is unconstitutional.

Justice Stephen Breyer wrote a dissenting opinion, and was joined by the other two liberal justices on the Court, Justices Sonia Sotomayor and Elena Kagan.

Justice Breyer notes that “[t]he regulation does not appropriate anything.” It gives the union organizers no rights characteristic of property. Instead, it “regulates … the owners’ right to exclude.”

Therefore, he reasons, Penn Central does apply, and we must consider how the Penn Central test informs this case; does the California regulation go “too far?” Justice Breyer does not carry out such an assessment; he dissents because the Court chose not to apply Penn Central.

He goes on to show how the Court, by providing exceptions to its own ruling in order to make it less of an inconvenience, acts rather arbitrarily. For example, how does one distinguish an “isolated physical invasion” (which, the Court claims, is perfectly fine) from a “temporary” one (which the Court claims constitutes a taking)? Is the line placed at once a week? Twice a week? Such arbitrary red lines clearly have no place in the United States Supreme Court.

Additionally, what are “certain benefits?” One could argue (these examples being my own) that the right to hire workers, or the right to sell produce, is a “benefit” that government is providing.

Finally, Justice Breyer takes a step back to read the Fifth Amendment. He finds a blatant hole in the employers’ logic. “The Takings Clause prohibits the Government from taking private property for public use without ‘just compensation.’ … But the employers do not seek compensation.” Instead, they seek injunctive relief — they want the union organizers off their land. Justice Breyer notes that, when this case goes back to the Ninth Circuit, California should be allowed to continue to enforce its regulation as long as it provides “just compensation” to the employers.

From a legal standpoint, Justice Breyer’s logic makes the most sense. He highlights the arbitrariness of the Court’s ruling, but more importantly, he is correct that the regulation does not appropriate anything. The union organizers are not given property rights, such as the right to exclude or the right to erect structures.

The right to exclude is not transferred from owners to union organizers. Rather, the regulation regulates who owners may exclude from their property, the same way the FDA might regulate which strawberries a farm may sell. Therefore, Penn Central applies.

I will not consider here how an analysis of this case under Penn Central might have played out, but I would like to note that I can see both sides; there are compelling arguments both for and against the regulation having gone “too far.” There is no knowing how the Court would have ruled had it correctly considered this case as an application of Penn Central. However, it is clear here that it ruled the wrong way for the wrong reason; by automatically casting the regulation as a “taking,” it failed to give California a fair chance at passing a Penn Central test. One could compare it to an unfair ruling causing a soccer team’s best player to be red-carded five minutes into a match.

This is all well and good, but we must take into account different considerations when it comes to the morality of the Court’s decision.

Both US history and liberalism (based on which the country was founded) support basic property rights. Our society is arguably based on property, and our basic morality tells us that the California regulation is on par with trespassing.

It is very easy to extol unions (they are, of course, very important). But consider this example: how would Justice Breyer like it if union organizers were allowed into his chambers to unionize his clerks? I guarantee he would call security to kick them out.

The Court’s opinion is legally arbitrary, but morally makes sense once we consider property rights outside the context of the law. This is the course that most people who support the Court’s ruling take in this arguments. It is very easy to argue for the decision’s morality. However, Justice Breyer instead picked the Constitution and precedent over basic property rights.

This case illustrates that there is sometimes a gap between what is right and what the law says. Jurists must sometimes choose between the two. It is their job to side with the law, but their hearts might sometimes lead them elsewhere.

There is no solution to this problem. Property rights are important, but so are unions and workers’ right to collectively bargain. Most argue from one of these two extremes — those on the right extol the Court’s decision in favor of property rights, and those on the left attack the ruling as being anti-union. While these things are important for our day-to-day lives and may appeal to our senses of morality, they are not what the Court should have considered. The focus should be on how the Court ruled when it comes to legal, rather than moral, considerations. If that were the conversation, any rational person would side with Justice Breyer.

In a way, the actual specifics of the case here are irrelevant — most importantly, it is an example of the Court straying from its role as a court of law and venturing towards becoming a court of morality. The Supreme Court should know its place, but so should the media and the public, who seem to make every case into a moral debate.

Disclaimer: The views and opinions expressed in this article are those of the author and/or student and do not necessarily reflect the official policy or position of United 4 Social Change Inc., its board members, or officers.
Tags:Cedar Point Nursery v. Hassid courtCourt CasesGovernmentPrivate PropertyRightsSupreme Courtunions

Who Is in Charge Of Educating Today’s Children on Social Issues? 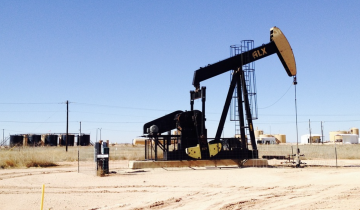 Why Fracking Does Much More Harm Than Good