Earlier this month, an event that doesn’t sound real actually happened: the ocean was on fire. Even though it sounds like an oxymoron, it is true. Many videos of this were circulating around the internet, and people were even calling it “a portal to Hell.” This was all because people were trying to acquire fuel, and there was a gas pipeline leak. However, our methods for acquiring fuel are negatively impacting our planet. We must move away from these methods and move towards environmentally friendly alternatives.

Why Was The Ocean On Fire?

On July 2, 2021, the fire occurred in the Gulf of Mexico at around five in the morning. It was caused by a leak in an underwater gas pipeline. The pipeline is owned by a Mexican oil company, Pemex, and the fire was near the Ku-Charly oil production platform. The fire took about five hours to be extinguished. Since then, the President of Mexico and the head of Mexico’s oil safety regulator have commented on the issue, trying to assure people that there was no danger. However, a lot of people have voiced the inherent danger of offshore drilling.

How Does Offshore Drilling Work?

Offshore drilling is the process of extracting oil from below the seabed. First, you must find oil, and to do that, there are many different methods. One of the ways to do this is through seismic surveying; this involves sending down shock waves towards the seabed and scientists use the data to predict where an oil trap would be. Once a drilling platform is built, they start drilling as soon as possible. To protect the drill, operators send a constant flow of drilling mud, a thick substance that consists of clay, water, barite and a mixture of chemicals. Assuming all things go well, the oil will then be sent to another location to be refined, but a lot of the times, things don’t go as planned.

How Often Do Oil Spills Occur?

Oil spills are inevitable when it comes to offshore drilling. Each year, about 880,000 gallons of oil are delivered to the ocean from North America alone. A lot of these spills are due to weather and natural disasters, which are unavoidable. In 2004, Hurricane Ivan caused the “Taylor Spill” that has been leaking 300 to 700 barrels of oil daily. Oil spills are only one negative effect on the environment from offshore drilling.

How This Impacted Our Animals and Environment

Offshore drilling has many environmental impacts during multiple stages of the process, from locating the oil to drilling the oil out of the seabed. One example of this is seismic surveying. Whales specifically are extremely sensitive to the sound waves and this can cause disruptions in migratory patterns or even mass beachings. This can also impact the hearing of other fish in general.

Furthermore, drilling physically disrupts the seabed and destroys the natural habitats of the sea life living there. Another issue with offshore drilling is the water pollution. Two of the main sources are oil spills and drilling fluid. Drilling fluid is used to cool and lubricate the drills, but it contains heavy metals and petroleum products that are harmful to the environment. We have to find ways to move from offshore drilling to protect our environment.

There are some ways we can move away from the need for offshore drilling. One alternative is to switch to cellulosic ethanol. This ethanol is produced from fibers of plants and can reduce emissions up to 94 percent compared to gasoline. Another alternative is to use more hybrid-electric vehicles. This will drastically reduce the amount of gasoline needed and render offshore drilling unneeded. In addition, if we increase fuel economy standards, then we won’t need as much gasoline. The Earth is our home and we must be more conscious of how we treat it, and one way to do that is moving away from oil.

Disclaimer: The views and opinions expressed in this article are those of the author and/or student and do not necessarily reflect the official policy or position of United 4 Social Change Inc., its board members, or officers.
Tags:environmentgulf of mexicomexicoocean conservationoil spillssave our oceanswater pollution

Samuel Veloz is an 18 year old. He was born in the Dominican Republic then moved to New York City. He attended Brooklyn Tech for high school. He is now enrolled in the University at Buffalo where he will major in computer science 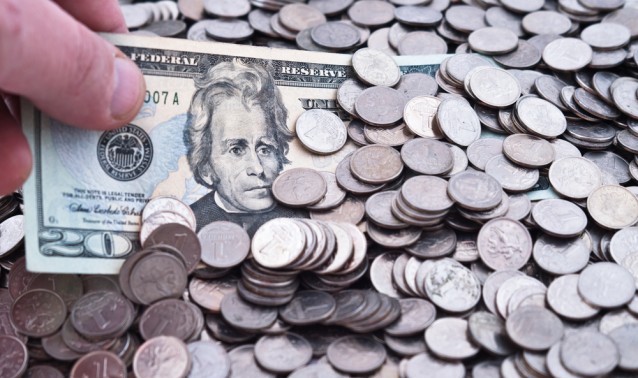 The Minimum Wage: A Maximum Sentence