Native Americans deserve reparations after years of their children being subjected to abuse, starvation, being stripped of their dignity and culture, and death. People from the other side of the spectrum may argue that while history can’t be erased, reparations will not prove to be of any assistance either. The grim history is more than enough indication that reparations are the least America can do to begin to rectify this tragedy.

Often referred to as “Native American Boarding Camps”, these structures were put in place and disguised as off-reservation boarding schools. These reservations ran from the late 1800s to the 1960s. These schools began their reign of terror in the 1860s by the Bureau of Indian Affairs (BIA), in which they created one of the very first boarding schools on the Yakima Indian Reservation in the state of Washington. While posing as boarding schools, these establishments subjected hundred and thousands of children to mental torture through starvation. According to BBC news, Christian churches were essential in the founding and operation of the schools. The Roman Catholic Church oversaw 70% of residential schools, as reported by the Indian Residential School Survivors Society. To take responsibility for this abuse of power, reparations that allow Native Americans to push for the governments’ help in returning the remains of the children who’ve perished in these schools would be the right step forward in rectifying this dark point in history. To understand the start of this strategic massacre is to understand the basis and motivation behind it.

The Structure Behind the Boarding Schools

One of the main questions that may be on the minds of people around the world is, what is the leading motivation in subjecting children to such inhumane conditions? The answer is assimilation and abuse of power. The families were promised an opportunity for their children to have a great education. The hand of assimilation, however, played its part in forcing Native Americans to embrace a life foreign to their own. While, in a twisted way, teaching them the values of possessive individualism. As stated by Rukmini Callimachi in the New York Times, “Carl Schurz, the secretary of the interior in the late 1800s, argued that it cost close to $1 million to kill a Native American in warfare, versus just $1,200 to give his child eight years of schooling”. The need for selfishly imposing one’s beliefs onto another who shares different interpretations and beliefs of life turned into disregard for human life. Providing Native Americans the proper tools to advocate for their lives to ensure nothing like this happens again is a mandatory recompense.

Life on the Reservations

The treatment and conditions of Native American children were horrid and terribly inhumane. Within these schools, children were given European names, denied the right to speak in their native tongue, and forbidden from wearing their traditional garments. Due to them being forced to survive in harsh living conditions, they contracted measles and pneumonia. As a result, “325 cases of measles, 60 cases of pneumonia, and 9 deaths were recorded in a 10-day period”.

As stated in “Reparations and American Indian Boarding Schools: A Critical Appraisal” by The Boarding School Healing Project, in 1987 the FBI uncovered that an instructor John Boone, sexually violated over 142 young boys at the BIA run Hopi day school. Then in 1971, Paul Price molested boys from 1971 to 1985 and was only charged after he committed these heinous acts. The BIA ignored the outcries of these children and their families and ultimately endangered their lives. In another sickening instance, a convicted child molester, Terry Hester, was hired and worked at the Kaibito Boarding School on the Navajo Reservation. In all these instances, the negligence of the BIA cost these young souls their sanity. This type of reckless endangerment and disregard for children at these schools just proves the kind of grim decisions that were made to assert their agenda of assimilation by force. To add to the tragedy, this is only an estimated number of deaths because there are hundreds of thousands of unmarked graves still unaccounted for. Providing money to properly bury the remains found is the right step in beginning the recovery process.

Critics may argue that Native Americans were able to reclaim a fraction of their stolen land, the same land that has been sacred to their rituals, culture and ultimately their roots, but even then that isn’t enough to suffice the lives that were lost. People agree that the United States has done enough by returning some of the seized land to Native Americans, but they argue reparations would be too much of an expense. In fact, as stated in “Regarding Reparations, the US Should Adhere to the Highest Standards of Justice” written by Brian Green, the United States can’t even return all the stolen land due to the damage of mining and new and growing populations. Not to mention the boarding schools not only discriminated against Native Americans, but also ruined their trust in the American system, cost them their dignity, and ultimately, confidence, that fueled their voice to speak up against immense injustice.

In more recent times in society, the Rosebud Sioux Tribe, respectfully known as Sicangu Lakota, have been able to reunite the remains of 11 children and young adults with their families who disappeared over 140 years ago at reservation schools across the states. To ensure that Native Americans get the reparations they deserve, we must begin with how the government responds to this cataclysm. Establishing a main non-profit should be a priority; by educating the public, they are made aware of the devious acts against this group of people and the support will grow immensely and provide them the ability to heal and begin the much-needed recovery process.

Disclaimer: The views and opinions expressed in this article are those of the author and/or student and do not necessarily reflect the official policy or position of United 4 Social Change Inc., its board members, or officers.
Tags:boarding schoolschild abusechurchescolonizationDiscriminationindigenous peopleindoctrinationNative Americansnative cultureReparationsreservation campssubjection

My name is Atia Ramkaran, I'm 20 years old. I was born on March 27 2001, in Bartica Guyana. Im currently in college currently studying in childhood education. However, after I graduate ill be entering into the medical field as an emergency medical technician. My hobbies are watching anime, writing and traveling. 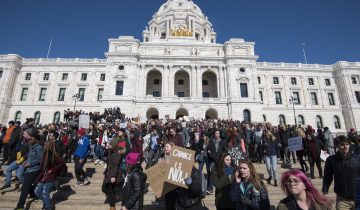