What is false balance?

One YouTube comment on a video about normalcy bias, asks, “Why do they care how journalists talk?” I care how journalists talk because it is their job to be trusted gatekeepers of truth. There’s something threatening this responsibility. False balance, as described by The Guardian’s David Robert Grimes, is “when journalists present opposing view-points as being more equal than the evidence allows.” This is the biggest problem in modern journalism. From debates that equate facts with lies, to pretending things are normal when they are not, journalism’s need to be objective is getting in the way of prioritizing the truth and helping misinformation spread.

The main instance of how false balance is used is in debates, where both out loud, and subconsciously, the news presents two viewpoints as equal, when only one of them is supported by evidence. In a 2014 segment on the CNN show Crossfire, Bill Nye, a scientist and engineer, was pitted against Nick Loris, a climate change “skeptic”, and the show told them to debate away. It was an absolute train wreck, as you might expect. The “skeptic” continued to interrupt Nye and the hosts were dishonest in their framing by saying that Nye wanted everyone to be vegetarians. Another example of false balance is a story by news station KAWE in Lakeland, MN with the title “In-Depth Look at the MMR Vaccine Debate”. Calling these things debates is a problem because it tells the audience that there are two equally valid opposing arguments, which is not true. They also give more than 15% of airtime to an anti-vaccine spokesperson, call it a debate 5 times, and while they do have on a public health official, the station never explicitly says that the vaccine is effective. This is a problem, especially in public health, because journalists should help keep us safe, not tell us that something might not be effective when it has proven to be. While these are the most egregious examples, debates can also have false balance in other ways, like an article from Verywell Health with the title “The Vaccine Debate Overview”, with the subtitle “Looking At Both Sides of the Argument”. While the article does say that vaccines are effective, it fails to consider that many people will only see the headline by reading it on social media, and the headline says that there is an argument with two sides, which again, there isn’t. Finally, we go to an actual debate: the 2020 presidential debate. Moderator Chris Wallace asked former president T***p “What do you believe about the science of climate change?”, as if that is something you can believe, even though, again, decades of research has proven that climate change is happening and it is caused by human activity. This is a problem because there were only 10 minutes of climate change coverage in the debate, and that is too little time to be wasted on answering questions we already know the answers to. All of these debates directly and unequivocally equate facts with lies, and misinform the viewer, and thus are the prime instance of false balance. But where else does false balance occur?

Another type of false balance is normalcy bias, taking a major, unusual event and dealing with it like nothing out of the ordinary has happened. Take the 2017 healthcare bill designed to repeal Obamacare. Republicans tried to pass it in the middle of the night, without knowing what was in it, and with no committee hearings. As Vox’s Carlos Maza points out, the news just treated it like a regular bill, tallying vote counts and talking about the juicy gossip on Capitol Hill. You may be asking, this isn’t a debate between two unequal sides, how is it false balance? It is in the spirit of false balance because it is taking something that is dangerous and abnormal and making people think it is normal and fine by treating it like everything else.

While some believe false balance is a major issue, others disagree, like New York Times Public Editor Liz Spayd. In The Truth About False Balance, she says “What the critics really want is for journalists to apply their own moral and ideological judgments to the candidates.” To be sure, some other people will say to cover politics, you have to include everyone’s viewpoint, no matter what it is. However, there is a difference between acknowledging a viewpoint and giving it legitimacy. People who criticize false balance are not criticizing objectivity, they are criticizing it being pushed to the extreme. And what this is distracting from, is that false balance is not just annoying or irritating, it is dangerous. Because it’s a slippery slope. When you blur the line between fact and opinion, it makes people more susceptible to believing outright lies. According to a 2005 study in the Journal of Consumer Research, repeating a false claim makes people more likely to misremember it as true. This is especially a problem when news outlets can spend hours talking about false claims, even if they say they are false. And besides, even if journalists inserted their opinions, would it be so awful? As Slate’s Justin Peters says “Why is it desirable for smart, informed people to suppress judgments that have been formed through reporting, study, and observation?” The choice is either that or essentially, lying to the public about the weight of the issues we are facing. Which would you choose?

Can Anything Be Done?

Hopefully I have convinced you that false balance is a big problem in journalism. So how can it be fixed? My solution rests on journalists, but more importantly networks and newspapers taking responsibility. Journalists can make sure they are covering the facts, no matter what those facts are. Networks should prioritize truth over ratings, and not be afraid of people calling them biased. Journalism should not be a popularity contest, it should tell us the truth and nothing but the truth. So, is there anything you can do? Yes, you can speak up when you see false balance. Leave a comment, write to the editor, post about it. Raise awareness just like if you saw a completely false headline. If false balance is a pattern at a news outlet or magazine, stop reading or watching. They can care about ratings, but their ratings depend on your watch time, so give your attention to people who care about informing you, not entertaining you. 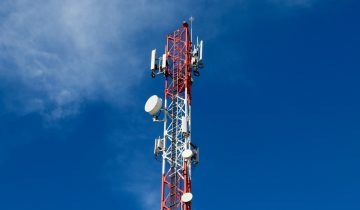