The Urgent Need for Youth Representation

Why do we need Youth representation in government?

Now more than ever, there are many huge questions facing our country, and often, it feels like there are no good answers. But there may be a place where we can find answers: young people. Now, you may think, “Why do we even need people younger than 25 involved in government at all? Aren’t they just kids? What do they know?” Well, the main reason we need to be involved is that people under 18 make up a large proportion of the US population, 22.3%, but we don’t have much say in how the country is run. And globally, only 1.6% of legislators are under 25, and 11.87% are under 40. Compare that to the 63% of the world’s population that is under 40. But more importantly, we play a valuable role in the political process. As described by the Ace Project, an institute focused on global election information, “To make a difference in the longer term, it is essential that young people are engaged in formal political processes…[Youth representation]…is crucial to building stable and peaceful societies and developing policies that respond to the specific needs of younger generations.” There have been attempts at giving representation to us, but in this article, I’ll explain how those attempts often fall short. They’re often not permanent, only open to older teenagers and young adults, and there’s no commitment to implement anything they say, if they’re even able to say anything about policy at all. I’ll also explore what a good youth council would look like.

The Problems With Youth Representation

One popular mode of youth representation is a youth council. There’s no dictionary definition, but it usually means a group of young people put together to provide their opinion on various policy topics. One major problem with these councils is that they don’t make many decisions about policy or have much influence on government. This is confirmed by a 2015 paper from the University of Colorado at Boulder which found that youth councils’ main responsibilities were: organizing events, providing feedback and advice, and seeking informal feedback from other young people. It also says: “Noticeably absent are significant responsibilities in helping shape local decisions.” That’s bad, because youth councils should be about giving young people a voice, not just asking them to conduct surveys. This isn’t just a government issue. I can relate to this on a smaller scale with my own school’s student council. I campaigned on a platform of policy. I wanted to reduce the use of red meat in cafeteria meals, have advance notice of homework, and incorporate more student-led mental health support. Well, I ran on that and I got elected. And what happened then? We were only allowed to discuss planning the dance. I would say, “Can we talk about policy?”, and the teacher would say “We can talk about policy after the dance is done.”

Also, some of these councils have a very broad definition of youth. That’s the case with the Barcelona Youth Council, which is for ages 16-29, as described in an OECD presentation shared with me by city officials. We can just go to Merriam-Webster to learn that youth is defined as before you are an adult. In most cases, the cutoff for an adult is 18, so most of the people on this ‘youth council’ are not even youth by the commonly understood definition.

Even when youth are given opportunities to participate in formal government bodies, the positions are often non-voting, so there’s no way to know if they have any influence. Take the Connecticut Board of Education as an example. They have 2 nonvoting student members, but also 10 adult members, whose average age is 60. One of the adults is 81. It’s not uncommon in many places to see people over 60 serving on school boards, while there are no students, even non-voting students. That’s the case with New York City, whose local education councils have one student member. However, the positions are only open to high school seniors, the position is nonvoting, and most seats are vacant, as it doesn’t look like the website has been updated in years. The attempt at including young people is so half-hearted. They don’t seem to be actively recruiting, and the people they’re recruiting are already 18 or turning 18 soon, so they’re basically adults.

Lastly, too often, these councils and youth participation are marketed as a way to “gain leadership skills.” In the biographies of the Connecticut student members, it highlights their experience at the student newspaper and what they plan to major in, which makes it sound more like an experience or class rather than a chance to influence policy, with all of the real world importance of my student council. Leadership experience is valuable, but we have opportunities for that. We need a space where young people can actually change things, not just talk about them. There’s no mention of how the council members’ ideas will become policy, like mentioned in the last paragraph. So in sum, youth councils too frequently talk about ‘leadership skills’, while not letting their members influence policy, all the while having a way too overinclusive definition of young. That’s a big problem, but why?

Why these problems matter

So, yes, there are many problems with current youth councils. But why does that matter, and why should you care? Mostly, youth not having a voice means less attention might be paid to issues that mostly affect youth, like climate change. The needed climate package, The Green New Deal, was referred to by House Speaker Nancy Pelosi as “the green dream or whatever” and Rep. Louie Gohmert asked a forest service representative if climate change was caused by the moon’s orbit, and more than 25% of members of congress are climate change deniers. And after youth climate activist Greta Thunberg was Time’s Person of the Year, former president Trump tweeted “Greta must work on her anger management problem…” This denialist treatment of climate change isn’t surprising, given a Gallup poll that shows people ages 18-34 are 22% more inclined to believe that “global warming will pose a serious threat in their lifetime” than people ages 55 and up. Perhaps there would be more action if people who understood these issues were a threat had more power. Another issue that doesn’t get enough support is education. According to The Century Foundation, public schools nationwide have a funding gap of more than 150 billion dollars. In Texas, a bill was passed to subsidize private school tuition while cutting public school funding 16%. Perhaps, if there were more voices in the room from current public school students, they would have voted no on these measures and secured more funding. The commonality with both of these issues is that they could have used a voice in the room from young people who are more directly impacted by these policies, which currently isn’t there.

We’ve talked about the negative, now to the positive. What would be the ideal youth council? I believe it would have all of the following characteristics. First, politicians have to listen and implement the suggestions of the council. There would be a concrete, available plan on how to turn the suggestions into practice. One way to make sure this happens is that members have to be voting, and make up a large enough proportion for votes to count. Many councils with an adult-student mix have just 1 or 2 students. I propose having a ⅓ ratio minimum of students to adults on these boards, so that kids will have influence by voting and that influence will matter by not being the 1 young person in a room with 12 adults. Following up on having real change, these jobs should not be a photo op or resume builder or an opportunity to learn “leadership skills.” Leadership skills are good, but the best way to learn leadership skills is to learn them in the real world making policy decisions, not presenting a PowerPoint about those decisions in a conference room. That’s the case with another NYC program, The Mayor’s Youth Leadership Council, where the end project is a “formal presentation.” And finally, to make sure all of this happens and continues, these programs should be transparent and websites should be updated regularly. In addition, the slots should be publicly advertised. 90% of teens use social media, so it should be advertised there, not just put up on some old government website. If these changes were implemented into youth councils, they could be productive places for young people to make a difference.

Summary + What You Can Do

This article has been about government, and if you aren’t in government, it might seem like there’s nothing to do. But that’s not true. If you are a kid, you can try to speak up at school about things you want to see and try to change things for the better in your community. Show that young people can be just as informed and engaged about the issues as adults. If you’re an adult, try to incorporate youth voices where you work. If you are doing a poll, include young people in the poll. Most businesses have young people as a constituent, so you can ask their feedback before releasing a product or service. It will also probably make your venture better. As described by youth community center ACT for Youth, adults benefit “from enhancing their own competencies, learning to better understand and value youth, and increasing their commitment and energy to their organizations.” So, all is not lost. By speaking up and including young people, you’re helping them express their ideas and have a voice, and you get to benefit from those ideas. Youth engagement is a win-win for everybody.

The 'Great Resignation' Is A Good Thing 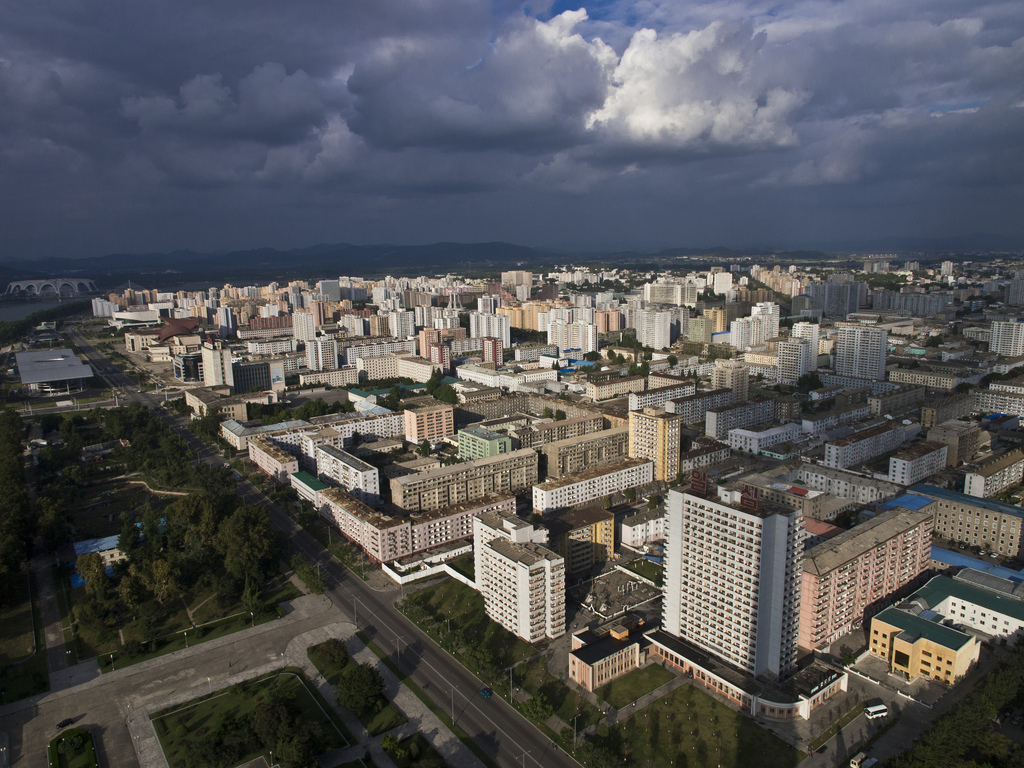