War and conflict between two countries are between the men and women of the nations, not the most vulnerable of contenders: children. In time of conflict, soldiers are meant to protect their nation, not oppress people under the guise of being a possible threat. The children in Palestine, however, are the victims of ridiculous and harsh punishments inflicted by the Israeli soldiers. With severe penalties and spiteful actions taken out upon the youth of Palestine, the Israeli government has shown its hatred, desperation, and ruthlessness through targeting the innocent, which in this day and age should not be tolerated.

Children in the Palestinian and Israeli dispute are becoming the prime targets over national issues. Last year, in the Western Bank region, three out of four detained children experienced physical abuse. According to the Defense for Children International Palestine, the ages of detained children varied from ages 12-17. Israeli officers arrested children around the clock, a 10.7 percent increase in just one year. Shockingly, 21.4 percent of these Palestinian children get interrogated for 10 days in solitary confinement, it seems children are the main targets of the Israeli forces.

During these arrests, the Palestinian kids are mistreated as well as tricked by the Israelis. In one case, a young boy was electrically shocked, beaten, and whipped with a hose by a soldier for 18 days. In another case, a 15-year-old boy was hit with rubber bullets, a gas canister and spent 82 days in jail where he was interrogated, shocked, beat and intimidated by the soldiers.  Also, 96 percent of Palestinian children arrested do not have their rights told to them, nor are parents allowed when an interrogation is being conducted. Not only are rights denied, but also trickery is involved since one in five children are given papers in Hebrew (a foreign language to the children), which they are convinced to sign. Such papers are confession papers that are told to be “release papers” and get tricked into really signing confession papers.

Children do not start national issues, they do not dispute with government officials nor do they quarrel of territory. The fact that specifically Palestinian children are being physically abused is discriminatory, horrendous and just plain evil. The Israelis are only hurting the youth of a group they do not get along with, not the adults, but the vulnerable and oblivious kids. What’s stopping the family and parents of the Palestinian children from reporting such actions? The simple reason is fear, fear of no impact and further abuse for taking such action. People are being abused, specifically children, and action is needed, for young lives are being put at stake over national issues.

[Image Attribute David Lisbona]
Disclaimer: The views and opinions expressed in this article are those of the author and/or student and do not necessarily reflect the official policy or position of United 4 Social Change Inc., its board members, or officers.
Tags:childrenconflictcorruptionpalestinewar

Air Pollution: Pushing Us Towards One Last Breath

Anchal is currently a junior at Rensselaer Polytechnic Institute studying science technology and society. She is the director for I4SC. In her free time she enjoys reading and watching funny videos. 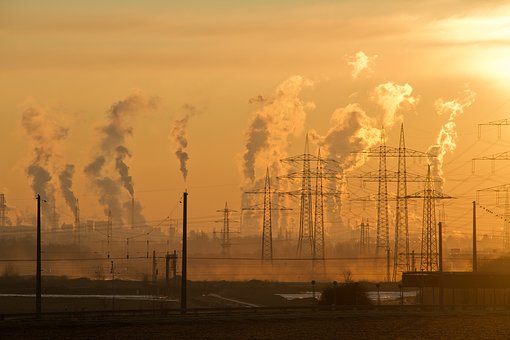