Home›Equality›“International”: The Plight of the Domestic Foreign Student
Equality

“International”: The Plight of the Domestic Foreign Student

After spending copious hours perfecting their college application, hopeful applicants of the Class of 2018 finally received their admissions decisions in late March.  As the college application process for this year finishes off for high school seniors across America, these seniors are faced with the decision that will change their life forever. With competition only intensifying, many applied to multiple colleges – trying every method they knew to increase their chances of attending a top school.

But what if a student were to be sent a rejection from every single school they applied to? Where would they be?

For students classified as undocumented and international students, this nightmare is a very possible reality.

It’s not about place of residence.

Many of the students applying to elite universities and state colleges that are branded “international” students are actually in fact, residents of the United States. Some are even living in America for over eight or ten years and attending a US school for most of their educational career. These sons and daughters of immigrants struggling for a better life are treated entirely as foreigners despite their familiarity with the American educational system.

Why is it a problem?

Often times, “international” students live in the United States on a visa because of a working or studying parent. Unequipped with benefits of a citizenship in attracting job offers or not even permitted to legally obtain a stable job in the United States, the parents of many international students and undocumented students simply cannot afford to be sending their child to a college. Despite the stellar abilities of the student and their accomplishments, since only six of the most elite schools in the country (Harvard, Yale, Princeton, Dartmouth, MIT, and Amherst) are need-blind to “foreign” students, finances becomes the leading reason for a rejection leading to an inability to attend college at all.

Need-aware private institutions will often reject even the most ideal student on the basis of finances and even need-aware public institutions that will accept the student will not allow the student to receive their I-20, a document allowing them to attain their student Visa until the student can prove they can pay the tuition prices. Since government loans are not an option for these students, the possibility of attending college at all becomes very slim.

International and undocumented students living in the United States aren’t even given the privilege of paying in-state tuition for their public state schools. For example, the average yearly in-state tuition cost for the University of Florida is around $6,143 but “foreign” students living in Florida must pay a tuition cost of around $28,420,  a price which many who lack citizenship simply cannot afford.

Recent state legislation is being contemplated on establishing in-state tuition for undocumented and international students. While this is the first step in ensuring a possibility of an education for these students, further steps should be implemented in warranting an equal opportunity for students who have lived and studied in the United States for five or more years. It isn’t fair to discriminate students who have worked just as hard, if not harder, than other American students and deny them an opportunity because they are poor. Institutions that claim the policy “need-blind” should extend this to domestic international students as well, at least providing them with a fair chance of making it past admissions. Students who have lived in the US for more than half of their lives are just as American as students who immigrated and were fortunate enough to attain a Green Card or citizenship. Often enduring the struggles of a poor immigrant struggling to create a name for them, international students should not be given as much of a disadvantage as they are for a factor entirely beyond their control.

[Image Attribute: DCC College Counseling]
Disclaimer: The views and opinions expressed in this article are those of the author and/or student and do not necessarily reflect the official policy or position of United 4 Social Change Inc., its board members, or officers.
Tags:collegeeducationinternationalUndocumented

Everyone is Pro Gun Control, Even People Who Aren't

Originally born in Patan, Nepal, Aakriti Prasai now lives in Miami, Florida and will be attending Harvard College in the fall. Pursuing cognitive science and psychology with a pre-med focus, Aakriti hopes to pursue her passion of helping others. 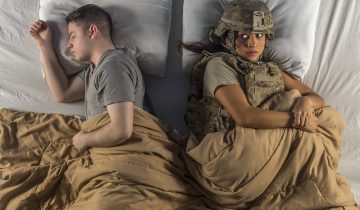 The Military’s Approach to Sexual Assault: A Call For Change