More than 45 million poor Americans do not have health care in the United States and as a result almost 20 thousand of them die each year. These numbers are unprecedented for any other developed nation because throughout the world, healthcare is seen as a right and not a privilege.

In the United States, any person can walk into a public hospital and receive medical assistance, but that assistance is far from free. There is this general consensus that every American can get free service in a hospital if they are poor. That is simply not true; regardless of a person’s income, public hospitals will garnish an uninsured person’s wage. There is another problem in the status quo, some people live to far away from a public hospital and lack proper transportation. Imagine a close friend or family member needing immediate care but the nearest public hospital is over an hour away. Also imagine the fear these people live in knowing that they may not be able to afford care for a life threatening disease, so they choose to die rather than bankrupting their family. This is the reality for millions today.

Unfortunately the Affordable Care Act while a step in the right direction still fails to address the essential problems and still ranks American Health care as 37th in the world by the World Health Organization. The real reason for this bad ranking is marginalization of the poor in the status quo. The blame goes beyond a lacking health care system and extends to poor education (a lacking school system in low income areas) and subsidies for processed food (mainly processed corn). It is poor education which causes people to settle for low wage jobs. It is poor education which causes people to be ill informed about the dangers of smoking and drug use. It’s the government subsidies for processed foods which makes them the primary component of the diets of the poor since they are cheaper and are readily accessible. All these things will inevitably cause a cycle of oppression in which poor people, in turn, will have poor health.

That being said the United States can learn a thing or two from other developed nations on how to improve its health care system. There are three main approaches in which all nations of the world run their health care system. One is where insurance companies remain private, but there are heavy regulations to guarantee every person’s acceptance. The Affordable Care Act would fall in this category except, not every American is guaranteed health care. It just lessens restrictions based on preexisting conditions. The second way is privately run, but the government pays for most of it. The third way is a completely government-run health care system where everyone receives the same coverage.

Empirics prove that when health care is guaranteed to all citizens, the end result is better care at a cheaper cost. The main argument against the Affordable Care Act is its cost, but we pay the most, per person, in the world for Healthcare. Countries whose health care systems are run by the government are proven to be much cheaper.

Political action isn’t the only way to solve the health care crisis. There are many nonprofit health care companies who provide medical attention. One company is Remote Area Medical (RAM) their mission statement is, “To prevent pain and alleviate suffering by providing free quality healthcare to those in need.” Anyone, even without medical experience, can volunteer. Another nonprofit health care company is Aurora. You can make a difference whether it is informing kids to eat right or volunteering on the frontline with nonprofits.

[Image Attribute: flickr user aflcio2008]
Disclaimer: The views and opinions expressed in this article are those of the author and/or student and do not necessarily reflect the official policy or position of United 4 Social Change Inc., its board members, or officers.
Tags:affordable care actglobal healthHealth Carepoverty
Previous post 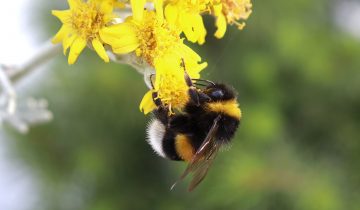