With campus sexual assault appearing more often in the news, the story of a victim who later took her own life, Sasha Menu-Courey, has been gaining attention in the media. Sasha was a student at the University of Missouri when she was raped in 2010, causing her life to take a terrible turn. After the assault, she began to struggle with depression and suicide attempts, resulting in her hospitalization. During her stay with a program in Boston, she died of an overdose. Stories calling for increased campus safety like this are beginning to draw more attention, especially from lawmakers.

According to a statistic from National Institute of Justice, an estimated one in five women in college will be a victim of rape or attempted rape. Lawmakers in the United States commonly cite this statistic in an effort to prove that campus sexual assault isn’t a problem that can simply be brushed off. In the Senate, a bipartisan group of senators introduced the Campus Accountability and Safety Act, which supports victims of campus sexual assault by reducing misreporting and enforcing thorough investigations. The Violence Against Women Act, passed in 1994, has been a major form of support for safety by attempting to prevent campus sexual assault, but it lacks necessary provisions on reporting and investigations after the incident occurs.

As with any bill in the current state of affairs in Congress, it’s unlikely that the Campus Accountability and Safety Act will pass without continued bipartisan support. With or without a majority in congress after the election, the efforts of both the Democrat and Republican parties will be necessary to push the bill forward. This precedent of bipartisanship specific to bills regarding women comes from the 1994, 2005, and 2013 passage of the Violence Against Women Act, which has set the path for the Campus Accountability and Safety Act to follow.

The act has the primary purpose of defending the victims of sexual assault on college campuses, which is especially important because of the flaws that exist in many schools’ current system requiring students to repeatedly tell their story to both law enforcement and the college with no result. Tracey Vitchers, Communications Coordinator for Students Active for Ending Rape (SAFER), said that survivors “are doubly victimized by the time they go through the law enforcement side of things.”

[Image Attribute: Wolfram Burner via cc]
Disclaimer: The views and opinions expressed in this article are those of the author and/or student and do not necessarily reflect the official policy or position of United 4 Social Change Inc., its board members, or officers.
Tags:Campus Accountability and Safety ActCampus SafetyCampus Sexual AssaultCASASexual assault
Previous post

You're "Retarded?": The Hurtful Rhetoric That Has Become Commonplace

Always #LikeAGirl: When Did "Like A Girl Become an Insult?

Riley is a senior in high school from San Diego, California, who has an active interest in local and national politics. Riley has been involved in competitive Speech & Debate throughout high school, and writes for and produces his school's podcast news source. When he is not doing school work, Riley can be found playing the trumpet or listening to NPR. 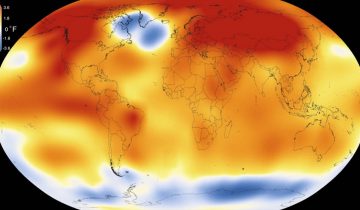 Taking Action on Climate Change: Time to Stop the Excuses