Why are the United States’ pipes leaking so much? The simple answer is age. The majority of water pipes in the U.S are over 50 years old with some pipes dating back to the Civil War Era. In 2013, the American Society of Civil Engineers reported that “Much of our drinking water infrastructure is near the end of its useful life” and gave the water infrastructure a “D” grade. The aging pipes are fracturing and wearing out at an alarming rate. Every day, there are an estimated 700 breaks in water mains. These breaks sometimes lead to sinkholes and floods and always lead to water waste and leakage. These aging, leaky pipes are endangering the water supply of the American people and the threat is only growing.

Out of Sight, Out of Mind

Spending cuts hit water infrastructure the hardest because water infrastructure problems are less visible and less feared. The “out of sight, out of mind” mindset is common in government, as demonstrated by the proposed 581 million dollars in budget cuts to the Clean Water and Drinking Water State Revolving Fund for the 2015 fiscal year. While water repairs were getting cut, more visible roads and bridge repairs were made higher priorities and were relatively untouched. This mindset is dangerous because if repairs are not addressed promptly, costs will soon spiral above what the country can afford to pay. The projected cost of replacing and modernizing underground water infrastructure is already one trillion dollars and this figure will only increase because it is much more expensive to replace an entire water main rather than to repair it. While this issue may not be getting much attention, the drinking water infrastructure problems is a sleeping giant and it is about to wake up!

The Security Threat of Water Shortages

The incredible waste of water through leaky pipes will lead to water shortages that endanger the United States as a whole through social instability, food shortages, fire damage, and a resulting inability to effectively address other issues. People cannot live without water, so when a region experiences major water shortages, instability will follow and some may die of thirst. Water shortages also lead to food shortages. Agriculture uses 80% of the United States’ water, and crop yields will decrease dramatically when water supplies run low. This will drive up food prices in the United States, which already has 49.1 million food insecure households. Hunger will destabilize areas when people steal food because they will otherwise starve. The possibility of fire damage will sky rocket when there is not enough water available to put out the flames. Finally, the urgent concerns and costs of water shortages will focus the United States inward, away from issues such as global warming and violence in the Middle East. As individual states fight over rivers, water shortages destabilize communities, fires ravage unchecked, and crime rates increase, it will be difficult to address other, equally important issues. Leaky pipes and the water shortages that they cause are a problem that the United States cannot afford to ignore.

Action must be taken very soon to avoid extreme water shortages. The US government and water companies must help avoid drought by fixing water pipes and drinking water infrastructure across the country. If you live in the United States, call your representative and let them know that fixing water infrastructure is and should be a priority to keep the United States safe from water shortages and their devastating consequences. Water is a necessity for life, so maintenance of the infrastructure that brings us this valuable resource must become a top priority.
[Image Attribution : justcallroys]

Disclaimer: The views and opinions expressed in this article are those of the author and/or student and do not necessarily reflect the official policy or position of United 4 Social Change Inc., its board members, or officers.
Tags:United Stateswaterwater infrastructure

The U.S. Drone Program: A Threat to Credibility

Death with Dignity: How Brittany Maynard Continued to Live After Dying 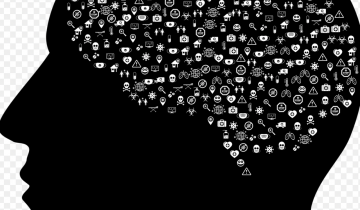