Effects of Education on Empowerment

Discrimination is abusive behavior in all forms; however, it is at its worst when it lies between men and women prescribing predetermined gender roles. One of the most prominent cases of a country struggling with the competing dynamics of development, modernization, religion, and tradition is indeed Pakistan, the sixth most populous country on earth. The World Economic Forum ranks Pakistan as the least gender equitable in the Asian and Pacific region. The 2012 annual report from the Human Rights Commission of Pakistan details many challenges women there face, including being “attacked and killed on account of asserting their rights to education, work, and generally for choosing to have a say in key decisions in their lives.” Needless to say, the country of Pakistan is heavily patriarchal.

According to Asma Barlas, professor of Politics and director of the Center for the Study of Culture, Race, and Ethnicity at Ithaca College, “patriarchy is a politics of sexual differentiation that privileges males by transforming biological sex into political gender, which prioritizes the male while making the women different (unequal), less than, or the other.”

One of the crucial issues to this is the lack of education available to Pakistani women. When comparing literacy rates, there is a whopping 20% difference between men and women. The same percentage exists when analyzing primary school enrollment. In addition, when it comes to regional progress for educating low-income females, Pakistan holds no ground. To put things in perspective, in 2012 UNESCO stated that the poorest girls in Pakistan are twice as likely to be out of school as the poorest girls in India, three times as likely as the poorest girls in Nepal, and around six times as likely as the poorest girls in Bangladesh. Even when there may be the smallest possibility of enrolling in school, the safety and security that these girls are set with is close to none. In June 2013, militants blew up a bus carrying female university students in Quetta, the capital of Pakistan’s southwestern Balochistan province, and the school has since been closed.

Education is crucial to any individual’s life, especially for that of a female in Pakistan. Education allows women (and any individual for that matter) to voice their opinion and stand up for themselves. Depriving them of this is a violation of dignity and human rights. To put things simply, the less educated an individual is, the easier it is to oppress them. This is a significant reason as to why gender discrimination is so common. Social stigmas/cultural beliefs present in Pakistan indeed lean towards suppressing the rights of women, but the lack of resource for women to empower themselves is another key issue. Since female education is so difficult to obtain, especially for those who live in poverty, it damns Pakistani women into a continuous circle of despair. It keeps them from ever being able to move out of the powerless position that they’re set in, leaving female oppression both arbitrary and permanent.

However, while all of these factors may make the situation seem hopeless, there is always a solution. There currently are a few organizations working towards addressing the problem. The Citizens Foundation, a non-profit organization, runs schools across the country encouraging female enrollment with the ultimate goal to have its campuses gender balanced. The Kashff Foundation, founded in 1996, became the first microfinance institution in Pakistan to target women from low-income communities. Slowly but surely, progress has been made and will continue to do so. Outside of the private sector, the Pakistani government needs to increase its expenditure on education and allow for more funding on female schooling. Minimal increases have been made throughout the past decade, and with the support of the people, hopefully things continue. Social issues are heavily severe when society chooses to ignore them, but when light is shed upon them, change is bound to occur.

Disclaimer: The views and opinions expressed in this article are those of the author and/or student and do not necessarily reflect the official policy or position of United 4 Social Change Inc., its board members, or officers.
Tags:educationempowermentlearningpakistansumaiya alam
Previous post

On Pollution in Pakistan 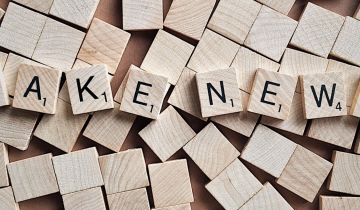