Home›Politics›India-Pakistan Relations in 2015: Through a Looking Glass
Politics

The year is about to end, and keeping true to tradition, it is time for reflection and recollection. However bad the situation may become, the end of year holds an optimism that the coming year would prove better than the previous. 2014 began on a positive note despite the cross-border firings, as India headed for elections.

Although Narendra Modi’s election as the Indian prime minister did not come as a surprise, his garnering of the massive mandate was beyond expectation. Ironically, the election was highly reminiscent of the 2013 Pakistan general elections that brought former Pakistani Prime Minister Nawaz Sharif back into power through a massive mandate. In both cases, the heavy mandates had a lot to do with the absence of a strong alternative and the anti-incumbency sentiment more than anything else. Both elections also brought a daring third option; in India’s case, the Aam Aadmi Party couldn’t defeat the established political vote base; in Pakistan, the Pakistan Tehrik-e-Insaaf has been on a justice-seeking mission for the past several months, with sit-ins and marches across the country. However, in Pakistan, Modi’s campaigning and election to office was closely watched, and has been interpreted differently by different stakeholders.

On one hand, he has been alleged to be the architect of the 2002 Gujarat riots and, as a result of his personal beliefs, views, ideological and party affiliations, is not viewed by many as someone who can deliver peace. This viewpoint gains further credence with his election manifesto that was heavily anti-Pakistan. He spoke of the revision of Article 370 of the Indian constitution pertaining to Kashmir’s special status and said he would be reviewing of India’s nuclear doctrine with the possibility of the adoption of no NFU clause.

The second school of thought, though cautious, was more amiable to the idea of Modi being voted in specifically due to his economic vision and development agenda – and thus interpreted that he would not disturb the economic cart by engaging in conflict; rather he may actually be able to offer trade and commercial cooperation.

A possible third group was the nonchalant, indifferent category that seems to have given up on the re-engagement option. They believe Modi is for India alone and his coming to power will have no effect on the India-Pakistan situation. Finally, there is the ‘silver lining’ category, comprised of compulsive optimists. To them, if anyone can deliver peace, it’s Narendra Modi, and this is the strategic window of opportunity available to both sides to make or break.

All four are partially correct. Without doubt, this definitely is the right time. Even if New Delhi finds this clichéd, in contrast to Islamabad, the former holds the potential to call the shots – both for the better and for the worse. A peace offering that is substantive enough to alter the conflict spectrum will not come cheap. However in comparison to Pakistan, India is relatively better positioned both domestically and otherwise to be in the driving seat. The window of opportunity is strategic, given how both Sharif and Modi have a common economic vision.

There is also a strong constituency that believes in economic engagement and increased connectivity and doing away with unnecessary red tapes vis-à-vis cross-border interaction. Modi enjoys a strong mandate and is not only opening to all countries (except Pakistan) but wants to create a legacy of his own. Can an amicable settlement of relatively minor disputes such as Siachen and Sir Creek help create that space?

Afghanistan too is, for the moment, enjoying a smooth transitional path, especially in terms of security, even if it is externally backed. How long does the “unity government” stay united depends on how prudently both Afghan President Ashraf Ghani and Chief Executive Officer Abdullah Abdullah decide their nominees and team. Afghanistan may not be the best proxy field for its eastern neighbours to settle scores. Perhaps it is simplistic to state, but the resumption of cross firing and its geographical scope expanding to the working boundary should be seen as a substitute and viable alternative to open conventional hostilities.

Many argue that these violations are routine and nothing extraordinary. While it’s a true estimation, if contextualised under current circumstances, they represent an aggressive, dismissive and proactive India, which at the sub-conventional level, is sending appropriate signals to Islamabad. Will Islamabad adopt an alarmist approach to any and all anti-Pakistan statements issued by Modi and his team? Should the 44 plus formula and the revision of Article 370 not be dismissed as paranoia, as the US insists? If there is a constitutional change in the status of Kashmir, can we afford to ignore the trigger-happy gun-toting non-state actors who are always on a look out for a new conflict?

Does this imply the proactive doctrine initiating in response to the proverbial Mumbai 2.0? If this were the case, then the pessimists have won. However, one thing is certain: Modi has not developed a policy to engage with Pakistan. One can only hope that that happens sooner than later, as the optimists feel that only the current set-up, given its strengths and capacity to implement change enjoys that strategic window of opportunity. Otherwise, not only will the peace process remain stalemated, but with passage of time, erode peace constituencies.

The recently concluded SAARC summit demonstrated broad smiles, strong handshakes and applauses from the interested audience. If taken seriously, through the looking glass of 2015 SAARC performs in real terms; South Asia is a prosperous region, with high development and growth rankings instead of dismal governance indicators. From Afghanistan to Bangladesh there is increased interconnectivity, and together, the leaders seek a vision of prosperity.

Disclaimer: The views and opinions expressed in this article are those of the author and/or student and do not necessarily reflect the official policy or position of United 4 Social Change Inc., its board members, or officers.
Tags:Afghanistaneconomicsindiapakistanpolicypolitics
Previous post

Freedom of Expression in Pakistan 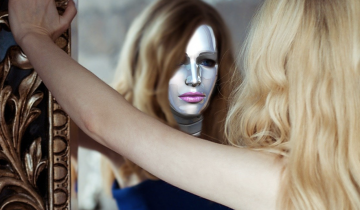