Imagine receiving the following call from the Taliban one day:

“If you don’t take your actions back, and if you don’t stop harassing the imam of the Red Mosque, then you are putting yourself, your family and your people at risk”.

How would you react? Many would go into hiding; most would listen to what the Taliban member said.

Nasir has been engaged in promoting tolerance, diversity, and pluralism in his homeland of Pakistan. He has been involved in large-scale relief efforts and politics since 2010. His two social enterprises, Pehla Qadam (The First Step) and Hum Qadam(Our Step) has provided over 6,000 displaced persons and flood victims with food and other necessities. Hailed as heroic by Foreign Policy, Mr.Nasir co-founded Pakistan for All, which advocates against censorship of media, violation of human rights, and hate speech.

Jibran Nasir represents a new wave of politicians in Pakistan. Running as an independent in 2013 Karachi elections, Nasir managed to come in a reputable fifth place. This is quite an accomplishment in a country plagued by partisanship and sectarianism; an independent garnering even the slightest following was hitherto unheard of. The four parties that beat him all asked Nasir to join their parties, an offer he promptly refused.

Nasir has used social media to incite a youth revolution in Pakistan. Most noticeably, he set up a vigil at Lal Masjid (The Red Mosque) to rally against an extremist mullah; Maulani Abdul Aziz refused to denounce the tragic massacre of 141 individuals in Peshawar- 132 of whom were children.

The road to success has not been glamorous, nor has it been safe. As aforementioned, it was the vigil at the Red Mosque that provoked the Taliban to send death threats his way. But extremist groups are not the only entities persecuted Nasir. In early February 2015, Jibran Nasir was arrested by the Karachi police for his activism. It is unfortunate that he faces resistance from terrorists and those supposedly diametrically opposed to them.

Pakistan is currently undergoing a cultural revolution; social media has united the socially conscious youth to fight against the tyranny of corrupt bureaucratic governments and militant extremist groups. At the forefront of this movement are individuals like Mohammad Jibran Nasir.

Disclaimer: The views and opinions expressed in this article are those of the author and/or student and do not necessarily reflect the official policy or position of United 4 Social Change Inc., its board members, or officers.
Tags:corruptioneconomicsempowermenthuman rights
Previous post 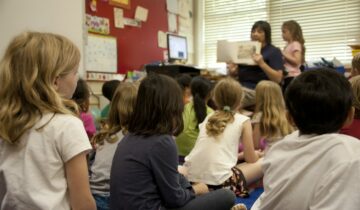