Financial experts have placed Pakistan on a list of 36 countries that face a serious food crisis. There are two major issues in the agricultural sector: the unavailability of food and the soaring prices due to a gap between supply and demand. The Daily Times cites that a study analyzing the food crisis in Pakistan found the country’s food security to have been under constant threat since 2008. The World Food Program cited that in 2008, 77 million Pakistanis—an amount of nearly half the nation—were going hungry.

Pakistan’s agricultural sector is vital to the country’s economy and directly supports three quarters of its population. It accounts for roughly 21% of Pakistan’s GDP and employs 41% of the nation’s labor force. Additionally, the irrigation system within the country is considered to be the world’s largest. However, in spite of all the available resources, the nation still falls short.

Pakistan is a wheat and rice producing country and, under normal conditions, should not have to face such an issue, which begs the question: how did things get to this point?

Factors like environmental hurdles, rising energy prices, inflation of Pakistani currency, increased cost production, and foreign exchange conflict have been key contributors. The impact of floods on the economy and agricultural sector have been devastating in Pakistan. The UN office for the Coordination of Humanitarian Affairs estimates that more than 20 million people have been displaced over the years by floods and concludes that there has been serious damage to crops, roads, irrigation, and infrastructure. Moreover, the skyrocketing prices are jeopardizing the purchasing power of financially crumbling consumers. The price of food items such as vegetables and poultry has increased by more than 20% in the span of just one month, which has pushed the country deeper into food insecurity.

PakTribune, a Pakistani News Service, states that to turn the situation around, the government must get to the root of the problem. It finds that current government policies towards the agricultural sector are twisted. Farmers’ complaints and suggestions are not taken into account for new policies that are framed for the sector. Also, most farmers are not familiar with modern techniques for farming, which causes them to grow inadequate crops as compared to other countries. To solve the issue, the government needs to set up rural academies on agricultural products, and focus on increasing production capacities of small farmers. It seems like a tedious job, but it really will turn out to be the best in the long run. Ultimately, the Pakistani government needs to hear the voices of its people and take their problems as its own.

Disclaimer: The views and opinions expressed in this article are those of the author and/or student and do not necessarily reflect the official policy or position of United 4 Social Change Inc., its board members, or officers.
Tags:Economyfoodpakistan
Previous post

3 Pakistani Dishes You Have To Try 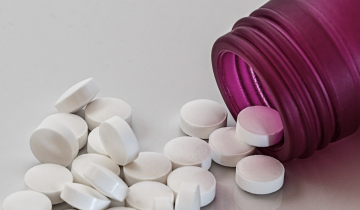