Unfortunately, Pakistan is often associated with “Islamic” extremist groups. I’m sure you are all familiar with names such as ISIS, Al-Qaeda, and the Taliban. You have probably seen and heard about the despicable and inhuman actions ISIS is doing to try and gain land in Iraq and Syria and the terror group’s bizarre and simply incorrect justification using religious texts of their heinous deeds.

For the over 58% of Americans who do not personally know a Muslim, this is only image of Islam that is presented to them.

Essentially, that leaves many Americans, especially in rural areas, woefully ignorant about what my religion is and what it teaches. From this ignorance spews intolerance, hatred, and even in some extreme cases, tangible acts of violence against the Muslim community. Islamophobia, the extreme prejudice and hatred of Muslims, is rearing its ugly head in America right now, along with Anti-Semitism and racism, and we as the future of this country must make a concerted effort from the grassroots level to try and stand up against bigotry. You see, it is my firm belief that 99.9% of people who are prejudiced about Muslims, Jews, or other minority groups are not necessarily bad people- they are simply just ignorant. And while ignorance may be bliss in some cases, in regards to acceptance of various ethnic and religious groups, it most certainly is not. Events such as these, I hope, will target the true issue- that of ignorance- and make a tangible difference in the social fabric of this beautiful country.

The rhetoric that is often heard in the political sphere as well as on social media and the Internet about different faith groups and ethnicities is divisive and counter-productive. Instead of focusing on the commonalities and identicalities between the Abrahamic faiths(Christianity, Judaism, and Islam) and among all religions, there are many who wish to drive our faith groups apart, citing centuries-old disputes in far away lands. In America, under the Constitution, we are one People, one Nation, under God, indivisible with liberty and justice FOR ALL. This “God” is whomsoever your personal beliefs tell you it is, and it is your basic human right to believe as you see fit.

So my question to you is, why not focus on what brings us together? That is what I will focus on.

The focus of the Bible, Torah, and Quran is largely driven towards mankind’s dealings with one another. All three holy books make reference to the fact that you must love your neighbor. The famous quote from the Bible is “Love thy neighbor as thyself”. In Islam, the message of neighbor’s rights is also heavily stressed. A companion ( called a Sahabah in Arabic) of the Prophet Mohammed (peace be upon him) once saw a man talking to the Prophet (PBUH) for a long time. After the man left, the companion asked what the man was talking to him about for so long. The Prophet (PBUH) said “This man was the Angel Gabriel, and he came to talk to me about the rights of neighbors.” In fact, Islam itself teaches Muslims most importantly how to interact with others. The Quran itself is 90% focused on interpersonal relations and only 10% focused on Islamic jurisprudence.

Therefore, to hold the assumption that Islam is synonymous with such extremist groups is fundamentally incorrect. It takes only to meet a Muslim to understand that these stereotypes are wrong; that almost all Muslims of every nationality and background are peaceful, loving individuals. We should make society more inclusive for all groups, and not isolate entire populations because of the actions of a few.

Disclaimer: The views and opinions expressed in this article are those of the author and/or student and do not necessarily reflect the official policy or position of United 4 Social Change Inc., its board members, or officers.
Tags:americaayyan zubairislampeaceReligion
Previous post 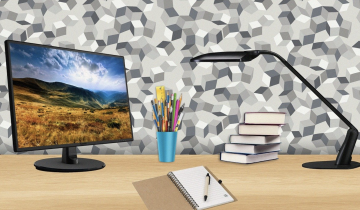