Transgender rights are more commonplace than ever, yet situations still arise that bring to question just how aware and accepting society is of the trans community. A recent Philadelphia federal court ruling rejected an attempt to bar transgender individuals from using restrooms and locker rooms at the Boyertown Area Senior High School in Pennsylvania. This ruling shows the importance of and need for ongoing LGBTQ advocacy and equality, and the ripple effect that follows such action.

Humans tend to go through parts of their day on autopilot. Checking email, walking the dog, or making a cup of coffee becomes second nature. However, not everyone has the luxury of sleepwalking through even the most basic and essential daily occurrence: using the restroom. Transgender individuals face resistance that can be harmful to their identity and wellbeing. Thankfully, there are some anti-discrimination laws that work to provide protection for transgender people. As of June, 2018, eighteen states and the District of Columbia have accepted these laws; however, a federal anti-discrimination law that provides protections on the basis of sexual orientation or gender identity does not exist. Thus, the progress is slow, and transgender individuals still face daily challenges when it comes to awareness and acceptance. Put simply, trans people are people, and they still have to take care of basic human functions like using the restroom. Therefore, they deserve basic human rights that allow them to take care of their needs.

The rights of transgender students at Boyertown Area Senior High School have recently been challenged. There was an attempt from some students to ban transgender students from using the restrooms and locker rooms. A recent graduate of Boyertown Area Senior High School, Aidan DeStefano, spoke out on the subject. He shares his first hand perspective on being a transgender student at Boyertown. His raw, honest words shed light on the importance of giving trans kids the opportunity to express themselves freely. Thankfully, the federal court in Philadelphia agreed, and the attempt to ban trans students from restrooms and locker rooms was rejected. This liberal verdict reflects the positive changes that are occurring around trans rights.

The transgender community faces recognition issues and a plethora of other challenges. There is a lack of knowledge surrounding the transgender community, and this ignorance leads to misunderstanding and unfair actions taken toward people in the trans community. Without awareness of these unjust issues, such as the one at Boyertown Area Senior High, progress cannot occur. Furthermore, there are other movements that attempt to counteract the progress that has been made. For example, an anti-transgender ballot in Massachusetts has gained recognition and popularity, which is especially surprising given Massachusetts’ support of the LGBT community by readily accepting same-sex marriage years ago. There are still many trans people who do not feel comfortable or safe due to the pushback they receive from society.

Stories such as the Federal Court ruling in Philadelphia are encouraging. Furthermore, the World Health Organization no longer classifies “gender incongruence” as a mental disorder. These are steps in the right direction toward achieving equality for the LGBTQ community. However, progress is slow, and there are actions that everyone can take to help the process move along. One movement that could use your support is the American Civil Liberties Union’s effort to pass the Equality Act. This is an act that would work to protect transgender individuals from discrimination. Signing this petition will let Congress know that the Equality Act should be passed, and that it should be passed now. Click this link and sign the petition to take steps toward equality for all.

Disclaimer: The views and opinions expressed in this article are those of the author and/or student and do not necessarily reflect the official policy or position of United 4 Social Change Inc., its board members, or officers.
Tags:bathroomsgenderlgbtqtransgender 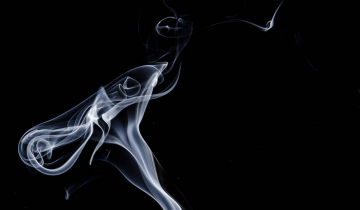 Why We Shouldn’t Use Cigars To Celebrate Graduation