It’s Time Feminism Got Its Place In The Indian Textbooks

At a Women in Motion gathering in Paris, held on July 3rd 2018, Agnes Varda remarked that feminism must be taught in schools, for activism to start in the minds of the youth. The veteran director, who led the protest for equal pay at the Cannes Film Festival, points out a valid truth. Feminism, a movement that began as early as the nineteenth century, receives no recognition in textbooks till date! It’s high time that due recognition is accorded, especially in India.

India is on a downward spiral with regard to gender equality. Rapes and battery have become common news, with 338,000 incidents of crime reported against women in 2016. According to the National Sample Survey Office, as of 2012, rural and urban women earn 78% and 75% respectively of what their male peers earn. The country refuses to decriminalize marital rape, with Women and Child Development Minister Maneka Gandhi claiming that it “cannot be suitably applied in the Indian context due to various factors like level of education/illiteracy, poverty, myriad social customs and values, religious beliefs, mindset of the society to treat the marriage as a sacrament etc.” The Minister of External Affairs, Sushma Swaraj receives no support from her own party members, coincidentally dominated by males, upon being trolled ruthlessly for supporting an inter-faith marriage. To top it all, India has been declared the most dangerous country globally for women. Unshockingly, the country is more keen on defending themselves than actually working towards improving the conditions for their women.

Support For Feminism Dwindling In Spite?

And yet, despite how badly we need a change in mindset, the narrative portrays men, and women, running away from the f-word. The leading Bollywood actress, Kareena Kapoor, comments, “I believe in equality. I wouldn’t say I am a feminist, I would say I am a woman and above all, I am a human being.” Though there may be different shades of thought within the idea of feminism, the equality of women and men, not the former’s superiority, remains a nonnegotiable fundamental. But most Indians wouldn’t hesitate to support Kapoor’s statement while casually adding the tag of “feminazi,” a word derogatory to not just the cause of feminism but the memory of the Holocaust itself.

Feminism In Textbooks: The What

It is high time that the youth learnt what the f-word really stands for: a fight against patriarchy. It leads to the creation of rape culture, which normalises violence against women and further blames them for it. But, the young minds need to be reminded that this institution is harmful to men, just as it is to women. The concept of toxic masculinity after all is why India and numerous other countries lack rape and harassment laws in the interest of men. In fact, a woman cannot even be punished for adultery in India: only the man who is involved in the affair can be dragged to court.

The Issue Of Intersectionality

The content should go beyond equal representation of the adverse effects on both genders, to explore the concept of feminism with regard to intersectionality. This is not just in regards to socio-economic terms, but also in relation to gender and sexuality. Most importantly, it is vital that students understand that these two talk to each other. Dalits, for example, have made their presence felt at Pride Parades across the country. They have initiated discourse on how caste plays a role even within the queer community by playing the deciding factor in terms of whose voice is heard. Similarly, in an open letter, V. Angayarkanni questions why her Dalit community wants her to identify her caste and her sexuality as two separate and non-interacting aspects of her personality. Aren’t they a part of the same individual, affecting her in a manner different from someone who belongs to say only one of those categories?

How Indian Struggles Have Affected The West

Though the right-wing would have you believe that feminism is a form of western brainwashing, struggles of Indian women have inspired countless people across the globe, including those in the west. Ergo, the interaction of feminist movements beyond national boundaries, especially in the context of the globalised nature of the contemporary world, is an important part that cannot be left out. In fact, in 1935, Margaret Sanger, who pioneered the birth control movement in the United States, attended the All India Woman’s Conference. Consequently, she wrote, “I found among these women an outspoken directness of opinion, a fearlessness in facing issues as they are, that we in America would do well to follow.”

The Importance Of Case Studies

Movements are known for being massive in scale, but at the end of the day, they are the amalgamation of smaller victories, of women (and hopefully more men) taking a stand. Thus, it is vital to include case studies, not just global but Indian. From the all-women regiment in Bose’s INA to more contemporary stories of success such as schools set up by the Pardada Pardadi Educational Society, which provide “human rights education”, including the motto ladka ladki ek saman, tales of triumph are critical. Instead of reading books by old white men as part of the curriculum, books such as “The Mothers of Manipur” can be read by high school students.

From Theory To Reality

The study of feminism will open up possibilities of discourse: students shall begin to criticize their own day-to-day lives, identifying and questioning practices that they used to blindly accept. It could lead to changes in their own behaviours; seemingly small miracles, like girls and boys playing football together in a small rural village or a homosexual child receiving acceptance from their family, can lead to revolutionary changes.

Disclaimer: The views and opinions expressed in this article are those of the author and/or student and do not necessarily reflect the official policy or position of United 4 Social Change Inc., its board members, or officers.
Tags:feminismindiaschools

The Environment Doesn't Agree: Why We Shouldn't Have Withdrawn 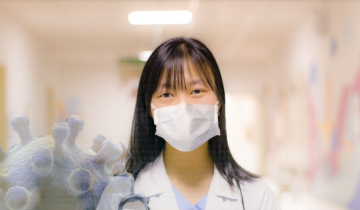