In 2017, the Higher Education Research Institute reported that “half of all incoming college freshman feel depressed in their senior years of high school.” Based on this trend, high schools need to do a better job of alleviating stress on high school seniors.

Senior year of high school can be one of the most exciting times for graduating students. Senior prom, graduation parties, and college enrollment are highlights in the lives of young adults across America. Unfortunately, the lowlights of senior year make depression common among graduating high school students.

A problem like this has no clear genesis. Whether reported or not, it’s safe to say that high school can be a very depressing time. The same stressors of college enrollment, post-graduate plans, and managing relationships have always existed for millennials and baby boomers alike. The one difference is that people are more aware of each other’s lives because of social media.

Jealousy and envy are two emotions that traditional schooling is bound to bring out. Striving towards being the best in your class, having the most friends, or throwing the best party will drive people to dark places. With social media, everyone has the chance to compare their lives to other people, just by swiping on a smartphone.

Barring web conglomerates like Facebook and Twitter making their users pay for social media, it’s almost impossible for young adults to stay off social media completely. However, there should be precautions in place for both parents and educators to limit social media usage.

First off, all kinds of social media should be blocked from a school’s WiFi network. By not allowing the culture of social media to infest the school systems, we would create a safe, judgment-free environment for students to grow in. Students will still envy each other, but it won’t be as visible as it can be on an online platform as opposed to seeing other students in person.

To support this initiative taken by schools, parents need to be more aware of the effects of social media usage. Parental controls are a safe option but not always agreeable to students. If you completely take away social media in the household, there are students that will find a way to use it regardless. Parents should make sure that they become friends with their children on each social media platform they use. Children are less likely to post regularly when they know their parents are monitoring them.

Unfortunately limiting social media usage is only fighting the battle on one front. The issue of why students spend so much time on social media needs to be tackled.

The Center for Disease Control reported that in 2016, “only 27% of high school students participated in at least 60 minutes of physical activity on a daily basis”. Conversely, The Washington Post reported that in 2015, teens spent on average nine hours per day on social media. Recognizing this major gap in physical activity compared to social media usage; schools and city governments should collaborate to create more athletic clubs and after-school activities.

But, even with all that innovation, it can still just be considered another option instead of something that children need. What children need when they are maturing into young adults are outlets for their stress.

Stress builds when there is no way of easing it or getting rid of it. Physical activity is a viable option for releasing stress, but a more formidable alternative to reduce stress is preventing it from happening.

High school seniors are in for a rude awakening, having to receive their diploma, apply for colleges, and plan for life after graduation all at once. The accumulative stress of those activities can create what Merriman-Webster’s Online Dictionary defines as “senioritis,” the ebbing of motivation and effort by high school seniors as evidenced by tardiness, absences, and lower grades. To reduce the fatigue, high schools should implement a career development and planning course as a requirement of high school graduation. A course like this would reduce envy from building up when students compare their post-graduate plans on social media knowing that everyone was made aware of the same options and opportunities.

Students Cannot Do This On Their Own

There are more factors at play than just high school aged students being vulnerable to excessive social media usage. Therefore, stopping this trend will take a collective effort from parents, educators, and administrators to deprogram social media usage out of their system. Depression builds when we feel alone in our struggles. If we all make an effort to be involved in the lives of others that goes beyond the monitor of a computer screen, then and only then will progress be made in the lives of young adults.

Disclaimer: The views and opinions expressed in this article are those of the author and/or student and do not necessarily reflect the official policy or position of United 4 Social Change Inc., its board members, or officers.
Tags:collegeDepressionHigh SchoolSocial Media

The Environment Doesn't Agree: Why We Shouldn't Have Withdrawn 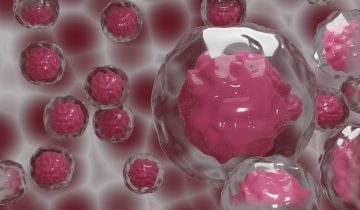