Everyday, we carry on in our lives with our necessities met. Most of the time, we take this for granted as we never have to face danger in the process. For example, when people use the restroom, most go to their default gender, which was assigned at birth. Using the washroom may seem easy, but for people who don’t identify as their assigned gender, it’s difficult. They face the two bathroom signs which say “women” or “men” and are thrown into a dilemma on which side to go based on society’s gender rules.

Not only do transgender people hesitate at the signs, people who identify themselves as non-binary – a gender identity that doesn’t entirely correspond with male or female – are uncomfortable with gender-segregated bathrooms. As they dress mainly gender-neutral, it’s hard for them to blend in with the gender-segregation. Non-binary people have to face public backlash and misgendering. When they use gender-segregated restrooms, people may complain about how being around non-binary people makes them uncomfortable because non-binary folk don’t look cisgender – a gender identity that corresponds with their birth sex. They’re forced to choose a noncorresponding side resulting in discomfort. Every person, including those of the LGBTQ+ community, deserves to receive the same services in a safe environment. Public gender neutral bathrooms should be encouraged and provided instead of gendered bathrooms because the segregation of gender continues to silence the LGBTQ+ community in their attempt to normalize their identities.

We need to address the dilemma every transgender person faces at the doors of the segregated bathrooms. The consequences of going into a different side can be severe, as transgender, queer, and gay people who stand out with their looks are often harassed or attacked. Many LGBTQ+ members resolve to hold back their needs or reduce the amount of water consumed to avoid the restroom. According to the 2015 U.S. Transgender Survey, 59% of the 27,715 respondents said that they avoided the bathroom the past year; 32% said that they limited their consumption in order to avoid the bathroom. Along with the survey, 8% reported that they’ve had bladder damage or other health issues because they avoided the restroom. This raises health concerns as some transgender people have to live with damages that could’ve been avoided if gender segregation wasn’t as emphasized as now when using the washroom.

Although there are unisex single bathrooms, they’re limited and not always available to the public. Having unisex restrooms along with gender segregated restrooms makes LGBTQ+ members stand out more. Even though having a gender-neutral washroom as a third option may seem to work for society, the present gender-neutral washrooms are labeled for family use, which aims to support the needs of families and the disabled. If all of the public gendered bathrooms are turned into gender-neutral, then the differently-abled community will be able to access family bathrooms at anytime. Gender-neutral public bathrooms will allow people of any gender identifications to use the nearest washroom. Thus, it is beneficial to have  gender neutral public bathrooms.

A common misconception people have when discussing about having gender-neutral bathrooms is that allowing people to use the same bathrooms will provoke sexual predators into action. In reality, there’s never been a case in which transgender women have sexually assaulted women in the restroom. In fact, transgender women themselves experience a lot of violence and harassment in the women’s washroom. They’re often told that they don’t belong in the women’s washroom and are refused entrance. Unfortunately, the LGBTQ+ community has higher sexual assault percentages than cisgender heterosexual people. According to CDC’s National Intimate Partner and Sexual Violence Survey, 44% of lesbians and 61% of bisexual women experience rape, physical violence, or harassment in comparison to 35% of heterosexual women. A 2013 study from Williams Institution has reported that 9% of respondents experiencing at least a form of physical assault; one transgender woman reported experiencing sexual assault in the men’s room. The community needs to address sexual assault, but by bringing this up in the debate against gender-neutral restrooms, the LGBTQ+ community faces more discrimination. The issue of sexual assault is only mentioned and treated as supporting evidence against gender-neutral restrooms but isn’t addressed.

In cases of which sexual assault does happen in the bathrooms, Laura Palumbo, the communications director at the National Sexual Violence Resource Center, commented that people who are looking to sexually assault someone will go into a bathroom regardless of whether if it correctly corresponds to their gender. The norm of entering the restroom based on gender doesn’t really protect sexual assault from happening. Having signs that separate the two genders doesn’t necessarily guarantee safety because anyone can walk into the washroom regardless of their gender.

As the debate for public gender-neutral bathroom continues, high schools around the world have taken a permanent action. For example, Lincoln High School in San Jose has undergone some changes in the year 2016. The school became the first in the San Jose Unified District to turn separate gendered bathrooms into all-inclusive restrooms. In order to ensure safety, teachers and staffers supervised the restrooms for a week and provided a text-line in case an incident happened, but the text-line has never been used. This change brought many benefits like the easy access to bathroom utilities for all genders. Although LGBTQ+ members were happy to come back to school assisted with gender-inclusive restrooms, people did feel a bit of discomfort. Overall, the transitions to gender-neutral restrooms were successful, proving that the acceptance of gender-neutral bathrooms is possible. Although we risk backlash, change is the only way to breaking our norms of categorization and separation. The purpose of changing gendered bathrooms into gender-neutral is to normalize the gender status that many have. Temporary discomfort shouldn’t be seen as a reason to prevent changes that’ll help us open our views. Our community should be open to the proposal of gender-neutral bathrooms and the validation of every individual.

Disclaimer: The views and opinions expressed in this article are those of the author and/or student and do not necessarily reflect the official policy or position of United 4 Social Change Inc., its board members, or officers.
Tags:bathroomslgbtqnon-binarytransgender

Misunderstanding Immigration Law: Why Abolishing ICE Is A Step Too Far

Trump To Rescind Affirmative Action: An Attack On Students Of Color

As a high school student, Kiran holds a desire to fight against injustice along with their interest to explore the math and science field. They believes that their voice among with others can bring change and wishes to improving on being an advocate. Along with their passionate feelings about social injustice, they enjoy a variety of interests like playing piano, drawing, and others. They hope that people will choose to be openminded and inclusive to others, and they believe that when people choose to expand their thinking and see each other as the same, harmony can be achieved. 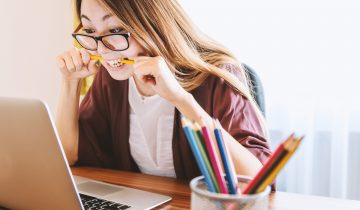 Are There More Pros or Cons to Online Learning?