History is made even in modern times. In June of this year, women from all corners of the Kingdom of Saudi Arabia witnessed their passion and dedication transform into progress; a long-held ruling which banned women from behind the automobile wheel has been lifted.

In the aftermath of recent change in which women across Saudi Arabia earned the right to drive, some citizens responded with disapproval, as the mere idea of women on the roads has been interpreted by some as a violation of Sharia law–despite opposition, this is a monumental step on the road toward gender equality in the Kingdom.

The Law of the Road

Despite there being no law existing which permitted women the privilege of driving, far too many sustained the belief that granting women diving rights would violate Sharia law, the governing religious and legal structure for Islamic culture. In acknowledgement of the rules of Islam, the ban restricted women since 1957. It kept the car doors locked and the keys out of the hands of millions of Saudi Arabian women for decades. A myriad of excuses existed for keeping women in the passenger seat; namely, the task itself would require a woman’s unveiled face, an increase in freedom which would encourage them to leave the house, and the notion that driving might be the catalyst for the destruction of long-upheld traditionalism in the country.

The History, The Aftermath

In retaliation in the 1990s, nearly 50 women were imprisoned after getting behind the wheel of the car. But they accelerated the fight. In 2007, the Association for the Protection and Defense of Women’s Rights in Saudi Arabia launched a movement advocating for a woman’s right to drive—all without the shadow of fear of imprisonment looming over them.

This year, their dedication pays off: they take over the wheel.

But not everyone is so keen on women being in the driver’s seat.

A week following the lifting of the ban, a pair of men set fire to the car of a Saudi Arabian woman enjoying, for the first time, her newfound right. It was a supposedly isolated occurrence and sparked outrage from most. Though some claim that the Kingdom is absolutely willing and enthusiastic to have women on its roads, this allegedly singular incident just might reveal a hidden undercurrent of prejudice which still exists in a country logging miles toward social change.

In preparation for the lifting of the ban, countless Saudi Arabian women sought refuge and education months prior in driving schools across the country.

But the shockwaves of change have been felt beyond the borders of Saudi Arabia. In fact, they have sent ripples of inspiration as far as Welsh, where one woman by the name of Susan Newborn—alongside other internationally-based colleagues—will train Saudi women to be driving instructors. Such a global collaboration could signify a worldwide willingness to establish gender equality for all.

The Road to Equality

But it took far more than a year for that change to take shape. Surely, taking into account the contentious history surrounding both Western and Middle Eastern feminism, one can’t help but compare the two, and just how their timelines differentiate. Considering gender equality of the West found its footing in the 19th century and truly accelerated in the 20th century to give rise to a far more balanced perspective today, it gives hope that feminism of the East is not far behind. And despite facing decades’ worth of opposition, the women of Saudi Arabia have risen above bigotry—through protests, through organizations, through driving itself—and proven they are already well on the road to equality.

Women behind the wheel in Saudi Arabia is nothing but progress for gender equality; many in Saudi Arabia are fully prepared and supportive of the sight of the shift. And, for all social movements to carve a lasting impression, it takes the collectively-changed mind of a country to truly transition into a new gear of thinking.

But the fight is never quite over. Even those not directly involved in the battle for equality can take simple measures to keep it alive: sharing articles related to the topic on social media, creating posts about the matter, and telling friends and family about this tremendous change are all just some of the many small—but reverberating—steps anyone can take. In this way, many more will know that change is happening, that change is now.

Disclaimer: The views and opinions expressed in this article are those of the author and/or student and do not necessarily reflect the official policy or position of United 4 Social Change Inc., its board members, or officers.
Tags:drivingfeminismmiddle eastsaudi arabiawomen's rights

The Attack on Planned Parenthood 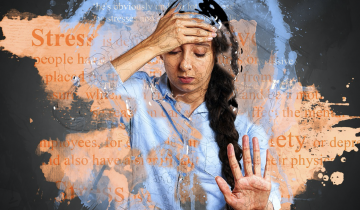 A Hidden Pandemic: The Effects Of COVID-19 On Mental Health