In a recent tweet, President Trump claimed, “Tariffs are the greatest! Either a country which has treated the United States unfairly negotiates a fair deal, or it gets hit with Tariffs.” But is international trade policy that simple? Are tariffs the solution to trade problems? Studies, economic policy, and most economists say no.

However, that didn’t stop the Trump administration from pushing for tariffs as part of its “America First” agenda. Although Trump believes in the “power” of tariffs, the insistence on using tariffs to punish countries with so-called unfair trade policies hurts American consumers, manufacturers, and workers.

What are the Trump Tariffs?

Tariffs act as taxes on imports. They increase the price of imported goods, so that domestic companies to compete on even footing with foreign companies.

The Trump administration has also considered implementing a $200 billion tariff against China and a 25% tariff on all imported automobiles.

Tariffs superficially fit in with Trump’s America First policy. For example, Trump uses the trade deficit of 375 billion between the US and China to justify enacting tariffs against China, claiming that the US was wronged by Chinese trade.

The Trump administration has also criticized China for its “unfair trade policy”, saying that China abuses intellectual property (IP) rights. In all fairness, this is a legitimate grievance. A study from the Business Software Alliance found that 66% of the software in use in China is pirated, valuing 6.8 billion dollars. The same study found that 15% of software in the US is pirated, valuing 8.6 billion dollars.

The rampant use of pirated software in China hurts software companies by selling the “same” software to consumers for a lower price which is why the US has called for China to crack down on unlicensed software.

Additionally, the US wants to stop China from completing its Made in China 2025 plan, which focuses on making China the leader of high-tech industries. To stunt China’s technological growth and address its violation of IP laws, the Trump administration believes that tariffs will bring China to the negotiating table.

How Do Tariffs Hurt Manufacturers/Consumers?

Despite Trump’s confidence in his tariffs, economists and everyday people alike are concerned about their effects on the economy.

The higher cost passed to consumers discourages them from spending, creating lower demand for products. This lower demand makes the Trump administration look hypocritical considering that they pushed for tax cuts so Americans would have more income for spending.

A real life example of this scenario comes from Pacific Coast Producers (PCP), a company that uses steel for millions of canned goods. Dan Vincent, President of PCP, said that the Trump administration’s tariffs will result in a 75% decrease in profit. Consequently, PCP will be forced to increase the prices of their canned fruit to make up for the higher production costs.

And according to a study done by the Can Manufacturers Institute, poorer people buy canned food more frequently than the average American. Thus, by increasing the cost of production for canned goods through tariffs on steel, Trump is harming poorer Americans who can no longer afford the higher-priced items.

How Do Tariffs Hurt American Workers?

Trump’s tariffs not only hurt manufacturers and consumers, however. They also hurt American workers.

A study from the Trade Partnership found that the steel and aluminum tariffs, while adding 25,000 jobs initially, will cause a net loss of 400,000 jobs, meaning 16 jobs lost for every job gained. These lost jobs come from industries that use steel and aluminum in their products. Those industries will have profits slashed by tariffs, resulting in layoffs.

And if Trump decides to implement a 25% tariff on all imported cars, American workers in the car manufacturing industry will be significantly hurt. The Peterson Institute for International Economics found that 195,000 jobs in the auto industry would be lost if the tariffs are implemented. If other countries retaliate with their own tariffs, that number would balloon to 624,000.

How Should The US Move Forward?

Although tariffs are a flawed economic strategy, China can face consequences for its trade practices. The smartest plan of action is to use the World Trade Organization (WTO) to sue China under the TRIPS (Trade Related Aspects of Intellectual Property Rights) clause of WTO rules. If the US wins the case, then the WTO could force China to comply with IP laws, resolving the dispute in a diplomatic manner.

But because the Trump administration decided to impose tariffs without any provocation from China, the US also violated WTO rules, undermining its ability to win a case against China.

Trump’s tariffs have hurt the economy and the chances of the US winning a legal case against China. Instead of using the WTO to mediate disputes, Trump, who claims he is a master negotiator, has caused headaches for millions of Americans.

Through public pressure from farmers, workers, and economists, it may be possible to push Trump away from implementing more destructive tariffs. Trump has been known to bow down to condemnation as shown by his response to backlash over the Helsinki summit, so rallying people together may be one of the only ways to show Trump that his tariffs don’t work.

All in all, it’s ironic that a president who claims to support the concept of “America First” seems to be hurting America more than helping.

Disclaimer: The views and opinions expressed in this article are those of the author and/or student and do not necessarily reflect the official policy or position of United 4 Social Change Inc., its board members, or officers.
Tags:America FirstManufacturingTariffstrump 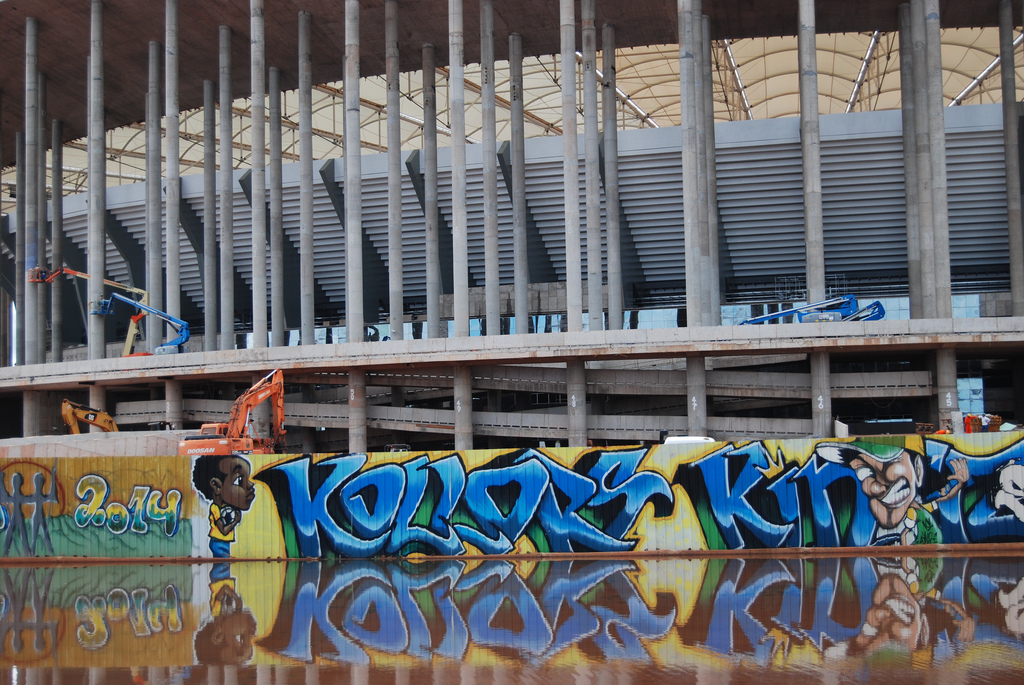